We are all accustomed to the unwritten script template annual update iPhone. A new device always gets a more powerful processor, better camera and several new features. Every two years, changing the form-factor and, almost always, the new iPhone be thinner and lighter.
If you follow this logic, then next year we will see the iPhone 7 with a new CPU and better camera. But the new serial number of the model usually shows the appearance of unique features, the “killer-features”, which “sells” the next generation of smartphones: the iPhone 4 got the Retina display, the iPhone 5 – larger screen, Lightning port and support for LTE, the iPhone 6 is larger display and payment service Apple Pay. But what “chip” will be the iPhone 7? It is not excluded that such a feature will be the water-resistant smartphone. 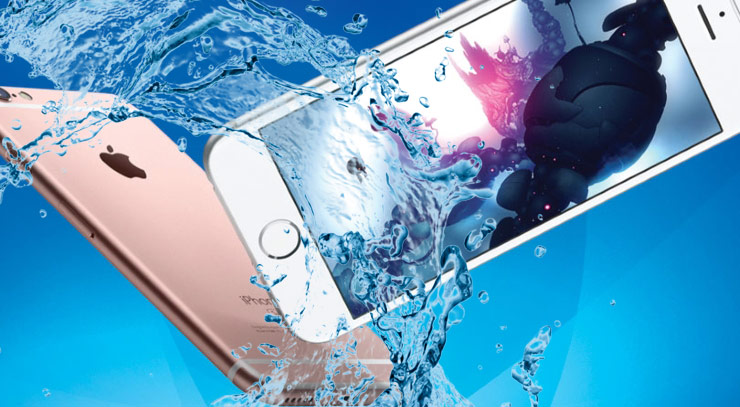 The importance of waterproofing

The moisture resistance of electronic devices became commonplace. The market is filled with waterproof covers for cameras and phones, which make the device bulky, but perfect for a session of diving or capture water. 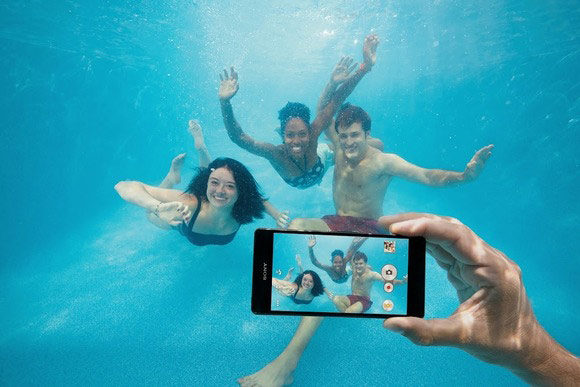 Some manufacturers, including Samsung, release moisture-resistant models with different degrees of protection: from gadgets with a water repellent finish to is able to total immersion for a certain amount of time.

Apple is also beginning to develop the technology of waterproofing. “Smart” watch Apple Watch received resistance to moisture with a level of protection IPX7, which means the ability to dive to a depth of 1 meter for 30 minutes. Tim cook said he’s taking a shower, without removing the gadget from his hand, and developer Craig Hockenberry has conducted a detailed review of the Apple Watch water resistance and found that the device fully meets the stated requirements.

Read also:   Slow down: why Apple is cutting production of the iPhone?

Resistance to moisture is really important for a gadget that is constantly on your hand, and plays a major role when choosing a smartphone. But this does not mean that such a possibility be superfluous.

We all know that water and electronics don’t mix. But now that we constantly carry a smartphone, the chances of it falling in a puddle, pool or even the toilet has increased dramatically.

Damage from moisture is one of the most hurtful, because not covered by the warranty. This is good for Apple in that case, if you go and buy yourself a new iPhone, and bad when you don’t have enough money and have to move to cheap Android.

Moisture will be on the Apple, because in case of breakage of your iPhone the company is able to recover and resell the device or to the surviving details of the failed iPhone, including “drowned”.

The unexpected resistance of the iPhone 6s

As revealed earlier, Apple has already taken the first steps to protect the iPhone from moisture. Experiments have shown that accidental hit of iPhone 6s in water does not lead to device failure. Specialists iFixit found that the company’s engineers have added design elements that increase the resistance to water.

A special gasket is located around the perimeter inside the body and provides additional protection from moisture entering the housing. In addition, all the important chips on the Board covered with silicone, which prevents a short circuit. The company even filed a patent application for this technology earlier this year. 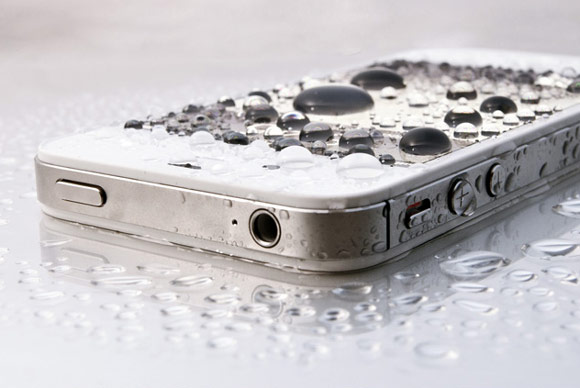 Much work remains to protect from moisture space between the buttons power, volume control, speaker and headphone Jack. Recently Apple has filed a patent for a waterproof buttons and ports. Probably, this explains the rumors about a major decision to abandon the classic 3.5 mm connector for a headset in the next generation iPhone. Getting rid of the whole port, Apple engineers will save yourself from unnecessary problems related to resistance.

Touch screen for moisture proof the device remains a major challenge that the company is unlikely to be solved in the near future. But it is safe to say that iPhone will be happy to get the device protected from falling into the water.

Despite improved, compared with other generations, waterproofing the iPhone 6s, Apple logically decided to keep silent about it. Doesn’t make sense to give false promises, advertising water-resistant, which is actually not. In this important position, “saw nothing and know nothing”.

But, considering the attention Apple paid to the water resistance of the current iPhone models, there is reason to believe that the company is committed to achieve 100% result in this direction. Not surprising if next year at the presentation you’ll see images of iPhone with water drops running on the screen or made under water photos of top managers of Apple, went to Hawaii to test the water resistance of the iPhone 7.

It’s time to forget about plastic: impressions after three months use Apple Pay in Russia

Last fall, when Russia earned Apple Pay and Samsung Pay, many copies have been broken in the discussions on the theme “the phone against the credit card”. Both sides quite convincingly supported a particular payment method, and believe like everyone. The resource browser Bankir decided to put the experiment on himself, and from October 2016 […]

If you own an Android smartphone, but you like certain “features” of iOS, this article is just for you. A user of XDA Developers forum under the name mizdrake7 ported the animations opening and closing apps from iOS 11 on Android 5+. Sorry, just download the app from Google Play will not work. As replacement […]

meHappy: gifts, which are always welcome

Carrying a lot of positive emotions of the holidays are accompanied by no fewer hassle. Though pleasant, but can seriously nerve wrecking. And especially tedious, it may be this positive, it would seem that the lesson as choosing gifts for loved ones. That difficult – would be money, you say. But I do not want […]