Founded by Belarusians MSQRD the project has developed its own technology for tracking persons, which enables you to modify human appearance during video chats in real-time. Try the app free for all iPhone owners. 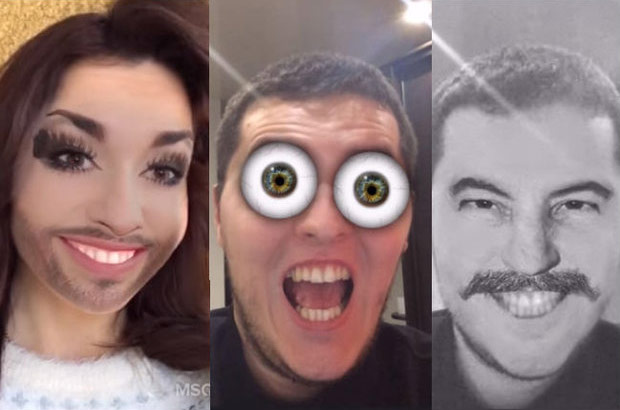 iOS app MSQRD imposes on the face of the user a variety of effects — make-up, moustache or emotions. You can “paint” yourself, for example, huge eyes, Stalin mustache or beard of Conchita Wurst. The app works with photos and videos. It quickly “catches up” facial features and allows you to immediately share the results with friends.

“We think in the future people will become more to communicate via video, told the resource 42.tut.by Eugene Neuger, co-founder of the project. — In text communication popular Emoji, stickers — things that give messages additional color. In the video it is not. We decided to make communication between people using video more emotional.”

The project involves 11 people, 8 of them are in Belarus. The creators of technology — Sergei Gonchar and Eugene Zatepyakin — doing algorithm for tracking persons over the past five years. Yauheni nevgen joined the team to develop business strategy and implement the technology of “life.” 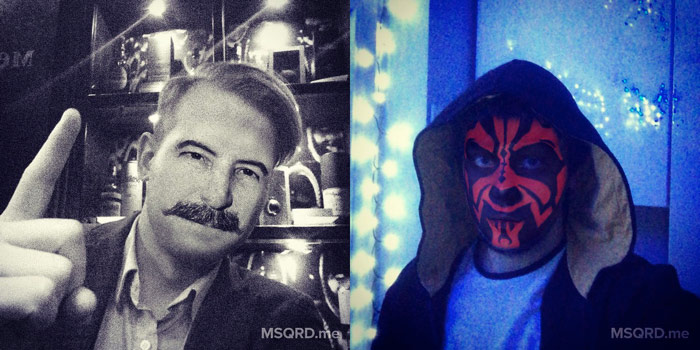 The app appeared in the App Store in early December, for the first four days it was downloaded about 5,000 people. On 22 December, the project got a large site aggregator startups Product Hunt.

The first users began actively to publish the rave reviews from “big-eared” and “bearded” selfies. According to the creators of the project, such an active audience response they didn’t expect.

Read also:   Why Apple refuses from the headphone Jack on the iPhone 7

The closest analogue technology Masquerade service Lenses built into extremely popular in the West, videomessenger Snapchat. However, according to Belarusian developers, their technology is superior Lenses. Masquerade shows the best performance results, finding 3D space and face recognition points. In addition, it can work even on weak devices.

The team is now looking for Masquerade Illustrator and Android developer. In the future they plan to release a mobile app for Android, effects editor, where you create your “mask”, and the online catalog, where the creators of the effects will be able to sell them.

Huawei has become a sponsor of the popular talk show “Evening Urgant” on the First channel. In the first joint edition of the program was presented “new friend” of transmission – the flagship smartphone Honor 8. The contract with Huawei is in effect until the end of 2016. Agreement with the company implies both the […]

In the network appeared the pictures of this gold iPhone X

The Federal communications Commission of the USA has confirmed that Apple has developed a gold iPhone X, which for some reason did not. This writes MacRumors. When releasing a new device the company should provide information to the communications Commission. In September 2017, Apple registered the iPhone X in Golden color. The document contains several […]