Apple released an update iOS 8.4 for new models of iPod touch release in 2015. IPSW file is available for download from the link at the end of the article. 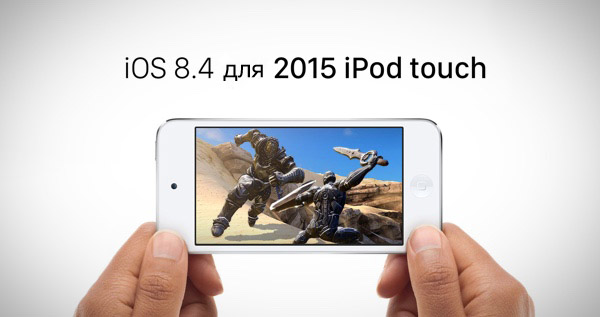 The main release of iOS 8.4 was held on June 30. The main innovation is the updated Music app with an embedded music service Apple Music broadcasting. The service allows you to stream music online from the iTunes directory, which has over 30 million tracks. In addition, iOS 8.4 provides access to music radio stations Apple Beats 1.

iPod touch 6G has a faster processor, the same as on the iPhone 6, and is available with a storage capacity of 128 GB. The main camera of the new product has a resolution of 8 megapixels versus 5 megapixels from the previous version of the player. Both front and rear camera can shoot up to ten images per second and let you capture video at 120 frames per second. 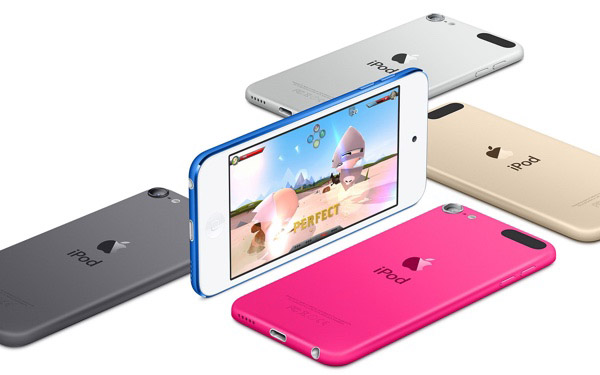 In recent years, many users of Apple devices began to be used for listening to music iPhone. The latest data on the iPod sales date from the third quarter of 2014, when the company sold 2.6 million iPods, which is 26% lower than the same period last year. In the same quarter Apple sold 39 million smartphones.

READ  Media: Samsung will introduce two smartphones with bendable screen at the beginning of 2017

iPod touch sixth generation available preinstalled with iOS 8.4, so the buyers of the device will not have to download and install the update. Firmware need for those who are experimenting with jailbreak. Release tool for hacking new modification of player hackers promise to release soon.

Download iOS for iPod touch 8.4 6G at this link.

Theft iPhone a Buddhist monk in Thailand was caught on video

In Thailand, the surveillance camera captured the theft of the Apple, which was carried out by a Buddhist monk. The incident occurred last week in the province of Chumporn. The stories of the owner iPhone, employee of a local rice shops, came to her door for alms, the two cultist. So regularly do many Buddhist […]

Users change old iPhone for new once every three years

Users are increasingly less likely to change their old iPhones to new ones. This conclusion was reached by experts of the analytical firm Strategy Analytics, having conducted a survey among American iPhone owners. interesting                            The included iPhone 11 hit the video                   Declassified launch date for new iPhone sales In a […]

Aegis Pro: the safest headphones in the world [video]

Music players in the form of MP3 players and smartphones have become ingrained in our lives. But this one has a reverse side. According to the world health organization over a billion users risk permanent hearing loss due to dangerous volume levels. Aegis Pro headphones provide a secure sound level, while preserving its optimum quality. […]