After hacking hackers known Italian company Hacking Team that develop the system of surveillance of users on the Internet were published 400 GB private documents. Studied these data, the experts argue that the owners of iPhone and iPad with jailbreak expose themselves to additional danger. 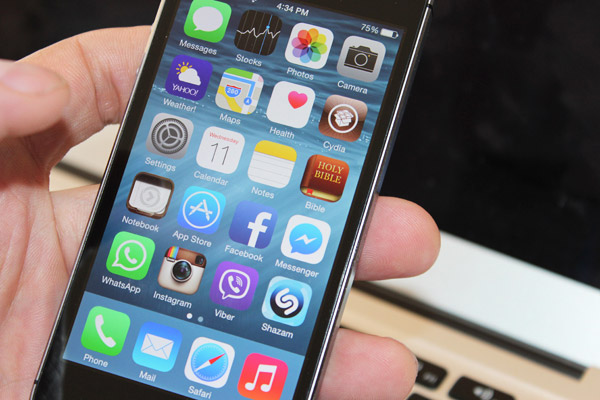 The attack on Hacking Team in the Network has several hundred gigabytes of internal company data, including sensitive customer information and source code products. The stolen information, the attackers spread through the torrent network. In addition, they hacked account Hacking Team on Twitter, have changed the company logo, description and published a blog screenshots of the stolen data.

The stolen documents contain a large amount of customer information Hacking Team, contrary to repeated claims in the past. For example, Hacking Team claimed that did not supply its solutions, “States with repressive political regimes”. And thanks to the leak revealed that consumers were Kazakhstan, Sudan, Russia, and Saudi Arabia, writes TechCrunch (the publication considers their countries with repressive regime).

It turned out that the client base vendor-specific includes not only public-sector clients, but also private companies. Previously Hacking Team claimed that does not sell BY private organizations.

Of documents it also became known that Hacking Team has the tools for access to mobile Apple devices subjected to the procedure of jailbreak. In this way the company has been spying on users iPhone and iPad.

Installation tools for remote monitoring for iOS jailbroken devices performed after the connection to the infected computer or install tweaks from Cydia. After that, the Hacking Team specialists get full access to the users ‘ personal data including short messages, conversations in iMessage, WhatsApp or Viber, calls and location services with a history of visits.

The procedure of jailbreak for iPhone and iPad is a voluntary choice of each user, however in some cases the consequences can be more expensive than the benefits, experts say.

The company Hacking Team based in Milan. According to the official description, it is developing offensive technologies for law enforcement and intelligence agencies. One of the services of the company called Davinci — designed for hacking SMS texting, email and web communications.

Eyewitnesses in Japan captured on video as a commuter train by a local resident introduces a complicated password on the iPhone for a short time. The owners of “Apple” of the Communicator opened the access to the device for 10 seconds, while gaining the 60-digit password. As you can see on the video, typing 40 […]