Last week, Apple distributed the GM-iOS version 10.0.1, the corresponding final release of the OS, which will be released September 13. Today we have the opportunity to compare the battery life of smartphones running current at the moment iOS and iOS 9.3.5 10. 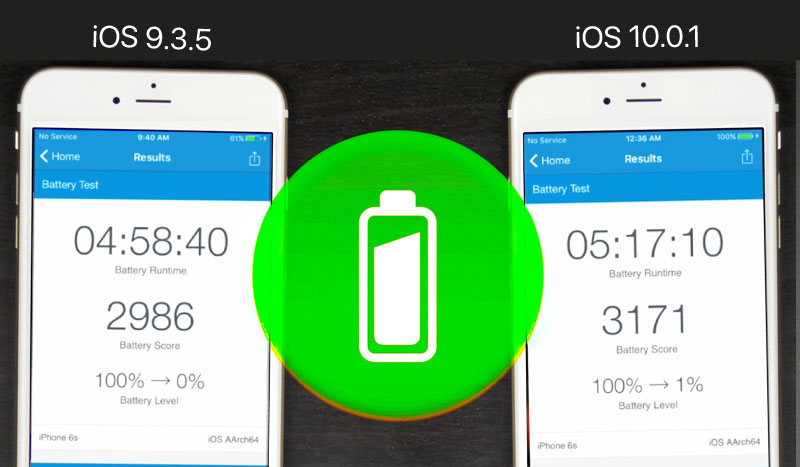 Videobloger iAppleBytes made a comparison of iPhone four generations of the two OS versions, and published the results in clearly arranged tables. Based on previous experiments, iOS 10 beta is optimized somewhat better on newer devices than the previous generation of OSes. It’s a little faster to cope with running the software and less lag at the interface level. And how will reveal itself iOS 10 in terms of autonomy? 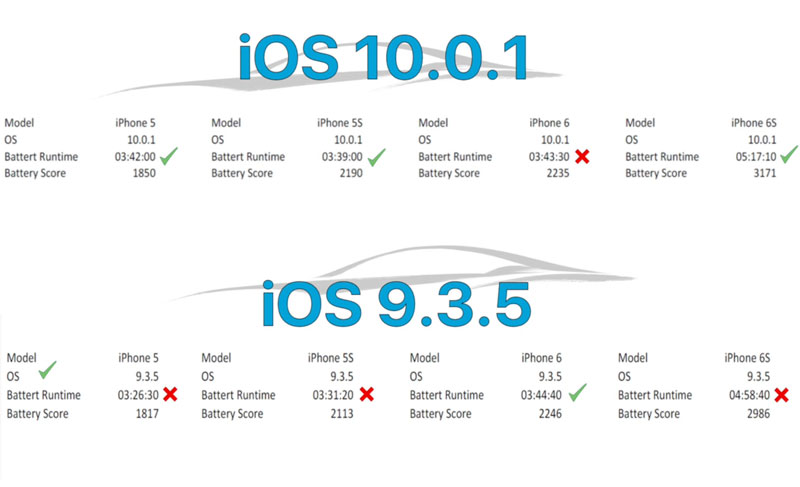 Comparison of the efficiency of iOS 10 and iOS 9.3.5 was conducted using a special test that is part of the benchmark Geekbench. The experiment involved the iPhone 6s, iPhone 6, iPhone 5s and iPhone 5. The device charged to 100% and ran that to the battery. 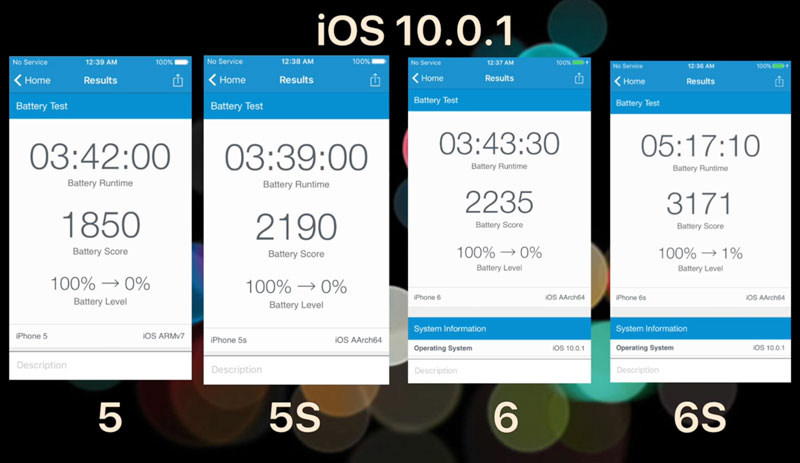 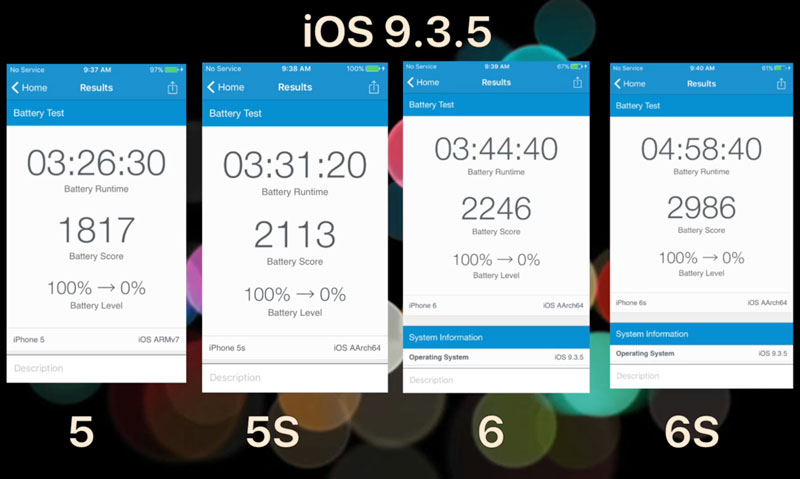 The results of the experiment were quite interesting: three out of four smartphones iOS 10 showed a longer battery life. In the case of iPhone 5 the update gave the smartphone 15 minutes of battery life, while iPhone 5s on the latest version of iOS lasted 8 minutes longer.

The best result showed the iPhone 6s, which worked for almost 20 minutes longer with the new OS. While the iPhone 6 on the contrary worsened the result: iOS 9.3.5 it works for 1 minute longer.

Recall that the final version of iOS 10 for iPhone, iPad and iPod touch will be released September 13. The update will be available for download on all devices supported by iOS 9, with the exception of smartphones iPhone 4s, iPad mini, iPad 2, iPad 3 and iPod touch 5G.

Apple has released the first public beta of tvOS 11.2 for Apple TV 4 and Apple TV 4K. To install the latest firmware everyone. To download the new beta release, you must open settings, TV set-top box, go to “software Update” to enable the download of the test firmware. According to information from Apple tvOS […]

Tim cook: the traveling only with the iPad Pro and iPhone

On the eve of the start of sales of iPad Pro is scheduled for November 11, Apple CEO Tim cook gave an interview to the British The Independent. In conversation with reporters, he admitted that travelling is only iPad Pro and iPhone. According to the Director, he almost never takes a Mac. The new tablet […]

In the Network appeared the test results have not yet been presented officially modular smartphone Moto Z (2017) in the benchmark Geekbench. In addition, the principal technical specs. The model appears under the catalog number XT1650 — the same as the actual modification now. But other specifications. So, in the basis of the device is […]