Users are already accustomed to the fact that smartphones-“long-livers” in the mass produced brands mostly second and third echelons. And more well-known companies preferred to pay attention to the premium segment, competing in race performance. 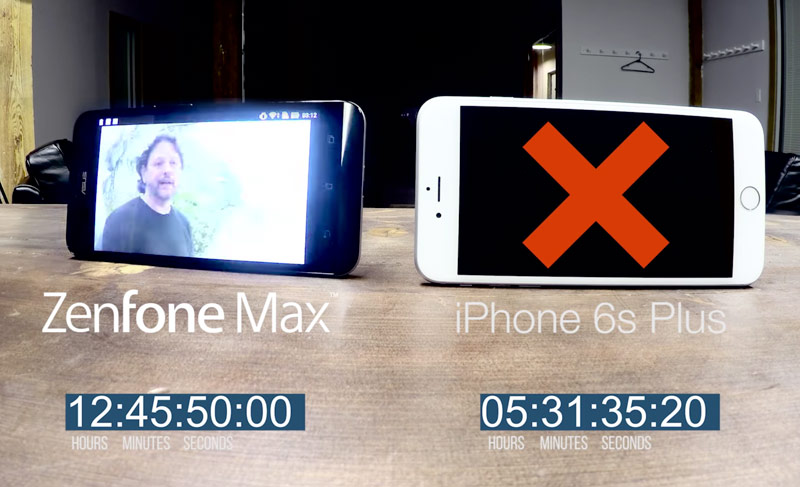 Recently, however, this trend began to change. Here and in the ASUS model ZenFone series presented a version of the machine, sharpened by the battery life. ASUS Zenfone Max can boast not only a battery capacity of 5,000 mAh, and the filling selected to achieve the maximum level of autonomy.

In a new promo video Max Zenfone, ASUS showed what it is capable smartphone in terms of battery life when compared to iPhone 6s Plus. To do this on both gadgets unscrewed the brightness to maximum, turned off mobile data, and then launched a YouTube-video (data transfer via Wi-Fi).

In such circumstances, the “Apple” of the flagship stood a little more than 5.5 hours, while the ASUS smartphone lasted for 12 hours and 45 minutes after launch. By the way, the company did not mention the fact that ZenFone Max and iPhone 6s Plus are very different smartphones: the first offers a modest specifications, while the second is the top Communicator with a record performance.

Read also:   The government will not prohibit Telegram, but do not exclude lock messenger if necessary

Apple’s market share in a declining PC market grew to 7.4%

Despite the decline in Mac sales, Apple has increased its market share in the PC market, according to the report of analytical company IDC. Experts state serious sagging of the PC market: the fall was even worse than the initial forecasts. According to data in the first three months of 2016, manufacturers put computers 60,6 […]

iPhone 7 Plus exploded at the American under mysterious circumstances