Despite the difficult economic situation the Russians began more actively to buy up the iPhone. As it became known, Apple has twice increased the sales of smartphones in Russia. On the background of the scandal with exploding Samsung Galaxy Note 7 sale of South Korean phones are falling. 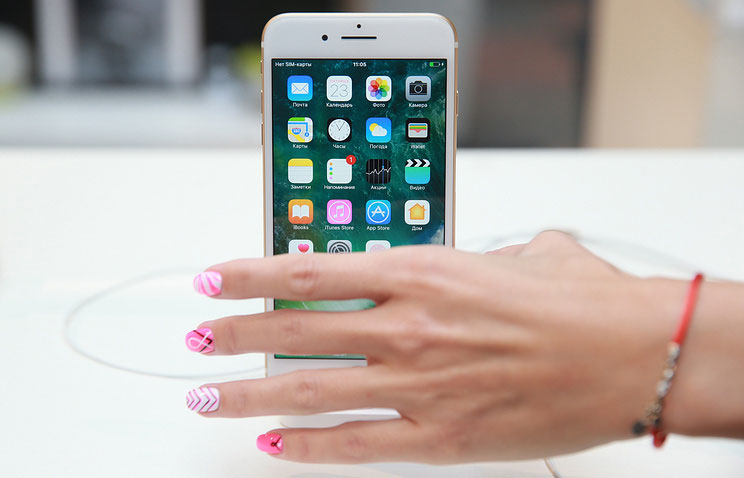 Publishing Hi-Tech Mail found on the social network Facebook report of the analytical company GFK. The paper reported about the positions of mobile manufacturers on the Russian market. Places are determined by the market share of the number of products sold per month.

The table shows 15 of Russia’s most popular smartphone manufacturers, including Samsung, Apple, ZTE, Alcatel, Fly and LG. Data are presented from November 2015 to December 2016.

According to analysts, the presentation of the iPhone 7 has helped Apple increase in October sales to a record 13.1 per cent. In August, Apple took 8.6% of market share, and a year ago two times less at 6.1%. So the launch of a new smartphone can be considered a success for Apple. In November, the company’s market share was 12.4%. 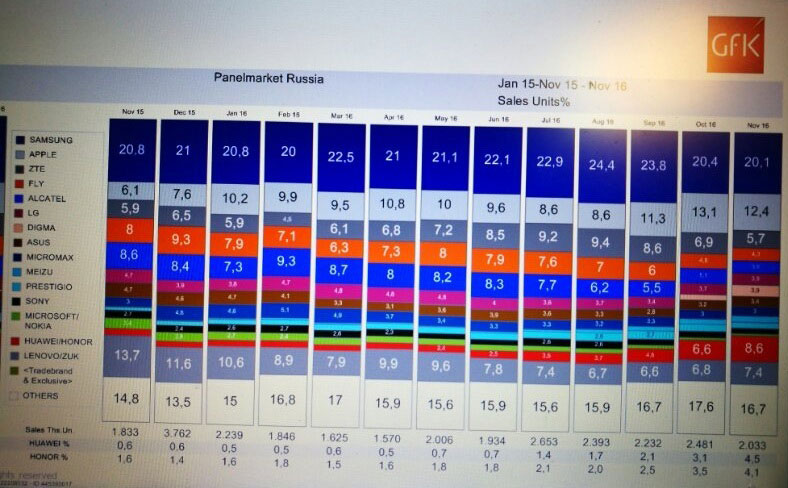 During the whole period took the first place Samsung. But September was a watershed moment for the company Apple introduced the iPhone 7 and was reported the first cases of fire Note 7. In the end, the manufacturer has lost market share: from 23.8% to 20.4%.

In November, Huawei’s managed to get into the top three, sliding into 4th place Lenovo. The company shows strong growth in just six months, increased its sales 3 times, from 2.5% to 8.6% market share.

READ  Users of Runet called the Samsung Galaxy S7 edge the best smartphone, iPad Pro is the best tablet in 2016

Sony introduced in Russia a flagship OLED TV Bravia A1

Sony in a special event presented in Russia’s flagship OLED TV Bravia A1. According to the manufacturer, this model is leader in the segment of 4K TVs with HDR support. In addition, guests were able to see the 4K range of Sony TVs 2017 HDR: series XE94/XE93/XE90, TV series XE85/XE80 and basic XE70 series. The […]

In Android 7.0 found a hidden feature, which can be the envy of iOS users”

The fight between iOS and Android continues for many years. Clear winner there, as some users prefer the platform from Google, others – the Apple solution. Back in January of this year in the Android source code was discovered hidden feature that could be activated in Android 7.0 Nougat. It seems the search giant had […]

Xiaomi is often criticized for copying design ideas from Apple and other manufacturers. At this time the products itself, Xiaomi became the subject of borrowing. The Chinese company Doogee has released a frameless smartphone called Doogee Mix, which is made in the style of Xiaomi Mix. In the network appeared the first photos of the […]