Due to the developed ecosystem Apple TV may become the most popular television console on the market. Apple only need to implement the device in a number of new features. 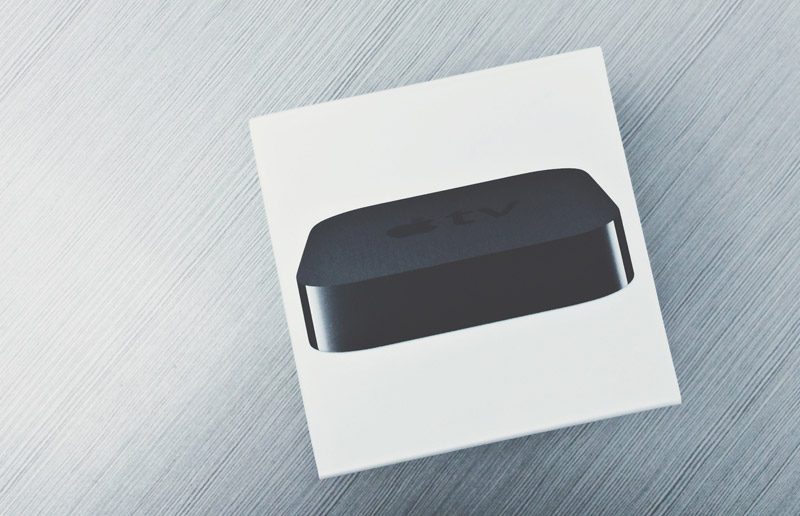 Most competitors Apple does not publish the exact numbers of sales, so to compare their success is not so easy, writes Mediasat. But we know that as of January this year, Apple sold 25 million Apple TV, which is more than double the expected number of sold consoles Roku based on the forecasts announced in September 2014.

However, the current Apple TV is becoming obsolete. Although the device is still capable of playing in the excellent quality of streaming high-definition video, it begins to give way to new products from Amazon, Google, and NVIDIA. This is not surprising – after all, Apple didn’t updated the Apple TV with 2012.

Rumors about the release of a new and improved model of the Apple TV, has repeatedly surfaced in the past. Therefore, the new model when it does hit the market – will need to support the following five functions that will help her keep pace in the competitive struggle.

1. Support games from the App Store

The position of Apple in the business associated with video games, is quite strong. Games bring the most of the income of the company. Many large game Studio with revenues in the billions of dollars began their journey from the App Store, and, according to forecasts, the revenues of the mobile gaming industry will grow for several years. But when it comes to traditional console games, we suddenly notice that Apple is not in our living rooms. Incorporation of the company in this area has been repeatedly predicted by various industry experts, but for now, Apple has not decided to take this step.

Thus, the implementation of this function would be a logical step, especially considering that many of your competitors already did. For example, Amazon Fire TV offers users a collection of video games – some of which are exclusive. And Nexus Player from Google and NVIDIA Shield support games based on Android.

Read also:   Apple is going to abandon the Touch ID in favor of the Face ID in the iPhone 2018

If Apple decides to include in the Apple TV function support games, it will also need to add to the device a roomy storage for content. In the first version of Apple TV had a built-in hard drive, however, the rapid development of streaming online services have made it, by and large, unnecessary, and in the latest models of consoles disk was absent. Thus FireTV has 8 GB of internal memory, the same can be said about the Nexus Player. Console Shield boasts 16 GB of memory and also supports microSD cards and external hard drives.

Despite the fact that the Apple TV supports, perhaps, all the popular streaming apps, there is one notable omission, which becomes every day more and more screaming.

Apple TV does not support directly the work with the Amazon Prime video service. In principle, view Prime Video on Apple TV is theoretically possible via AirPlay, but this requires a free iPhone or iPad, and is, in General, uncomfortable. The lack of support for Amazon Prime video was excusable a year ago, but the progress of the company towards the production of original programming – including the advertised series such as “Obvious”, made a video support Amazon Prime just a necessity, the journalist said.

Personal voice assistant Siri would be a very useful complement to the new generation of Apple TV. Amazon did a voice search on Fire TV key feature of the device, which was the model in April last year.

Read also:   IPhone users after the holidays will be available the application for the system "Platon"

No matter how intuitive the interface device, voice search is a very useful feature – maybe so useful that could even attract some hesitant buyers. Thus, to keep pace with competitors, Apple needs to add Apple TV support Siri.

Currently the TV that is compatible with 4K, remain a rarity, which is bought only the most impatient viewers. And Apple itself, as it became known, refused to release 4K TV due to the high cost. However, the price of “razor-sharp” TV panel being lowered, and providers of Internet video is starting to make progress in the promotion of 4K content. Thus, if Apple want to ensure the compatibility of the new model Apple TV with the technology of the future, the company should consider supporting 4K video.

However, this is probably the least important of the required functions, since the main competitors has also not made this step. However, given the fact that Apple is delaying the release of an updated Apple TV, by the time it is submitted, this function may become a necessity.