Open Garden has introduced a new technology, a built-in messenger FireChat for smartphones and tablets on iOS and Android. Technology allows you to send private encrypted messages between two users without Internet connection. Previously, FireChat already allowed to exchange messages, bypassing the mobile operators ‘ networks — but only in public chat rooms and if the distance between users does not exceed 70 meters. 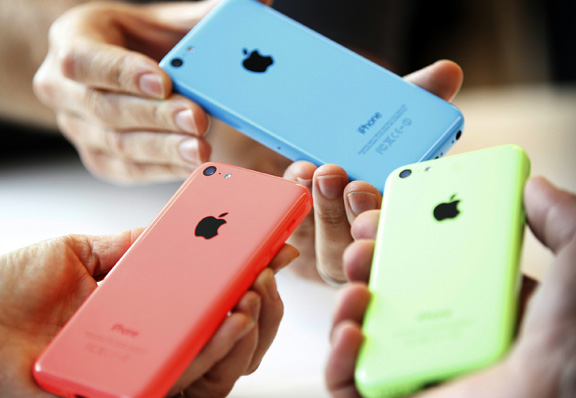 The first version of FireChat was released on March 1, 2014. First, the program rate in Iraq, where the authorities in some regions also disconnect the Internet and access to social networks. As reported by the BBC in June, more than 40,000 Iraqis have installed this messenger – primarily in the regions in which operate the militants of the radical organization “Islamic state of Iraq and the Levant. In October last year, thousands of protesters of Hong Kong residents have moved on FireChat. Then on to Hong Kong accounted for the lion’s share of users of FireChat. And the first program “tasted” in March, the people of Taiwan to protest near the Parliament against signing a trade agreement with China.

In order to convey a personal message, users simply install the free app on your smartphone or tablet, turn on Bluetooth and Wi-Fi, even if there is no Wi-Fi network. To send a message does not require an Internet connection or access provider.

All private messages in FireChat is encrypted between users: only the sender and recipient can read them. Previously, all that was printed in FireChat, it is available to everyone. The newly developed technology makes it possible to create a network of private mobile devices, does not require any investment in infrastructure: devices that are running FireChat servers are independent transmitters each of which can connect to each other.

The message will be transmitted using the technology of peer-to-peer network (no Central device, they all “talk” to each other), which was developed by the specialists of Open Garden. The app sends a message from a smartphone to a smartphone until, until it reaches the recipient. For example, if in a big city completely lost mobile communication, enough FireChat was installed on smartphones 5% of the population — and the message comes from one subscriber to another within 10 minutes, say the creators of the application. 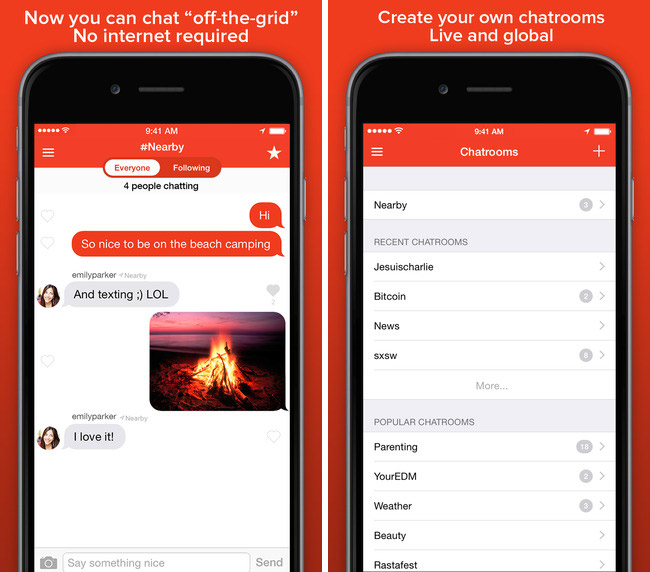 Wi-Fi and Bluetooth are in almost every smartphone, but not everyone supports the user in their active state, for example, to conserve battery power, says the head of the wireless technologies Department, J’son & Partners Consulting j’son & partners consulting. FireChat will not be able to guarantee message delivery to the addressee, if users will not include Wi-Fi or Bluetooth, or will be apart from each other at a considerable distance, out of range of these technologies, he said. This is possible in small towns and in rural areas, where the distance of smartphone users more than 50-60 meters from each other.

In December of last year the technical domain of the messenger Firechat made in the register of banned websites at the request of the Prosecutor General’s office after the appeal of supporters of opposition leader Alexei Navalny.

Scientists have created the antenna of molten alloy, which is controlled by the applied voltage on it. They assume that their antenna can find applications in future mobile devices, particularly the

Google showed the world a new, which is considered the ideal Android smartphones. The following day, however, the world has not seen millions of photos with rabid queues stretching to the Google Store. No one spends the night under the doors of “Corporation of good”, and if there were some “plum” in its design or […]

During the announcement of the smart watch Gear S2 in Berlin, Samsung showed a teaser image of a new tablet Galaxy View. Apparently, we are talking about a device with a giant screen – the competitor of the upcoming iPad Pro. In the picture you can see the large-sized tablet computer designed, as expected, for […]