No product has brought Apple so much success as the iPhone. Thanks to this device the Apple brand has become one of the most recognizable in the world. But the creation of such a product cost the company serious effort. The first version of iPhone was designed in complete chaos. The company did not have the necessary staff, equipment, and most importantly — experience in the development and production of smartphones. To create an entirely new device in such conditions took 2.5 years and $ 150 million. However, the game was worth the candle. Meet the smartphone line from Apple since the very first. 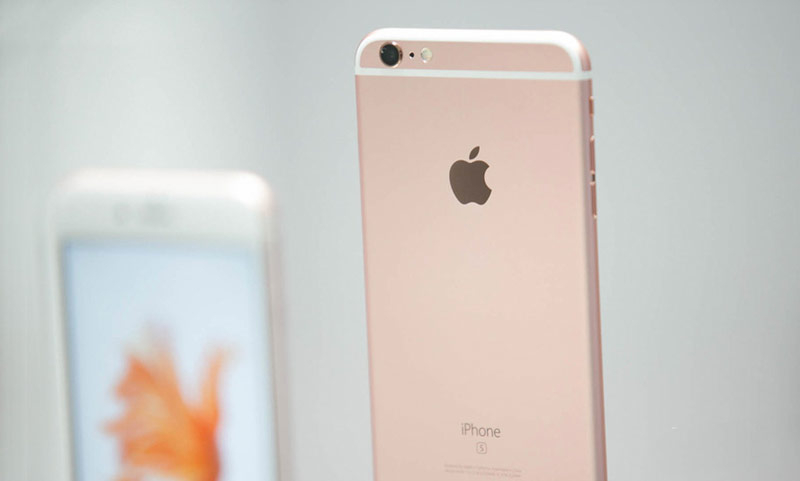 The first smartphone from Apple immediately aroused the interest of the public: after the start of sales has sold 700,000 units. days. Metal body, no physical keyboard or stylus, control is only using your fingers. It all seems so trivial today, but in 2007 it was a real breakthrough. Although work on the creation of the device was in a hurry, the product is good, and it was a demand. The first iPhone wasn’t perfect, but he became the prototype for the concept of future smart phones. As the first version of the operating system iPhone OS was used.

Less than a year, as the company unveils its next smartphone. iPhone 3G goes on the world market, are Russian residents had the opportunity to purchase the device on its territory from official suppliers. In the list of principal new features — updated case design, support GPS navigation, 3G networks. But the lively interest of users called the App Store have to download the diverse content on the smartphone.

The updated version has more advanced technical parameters. iPhone runs faster than its predecessor at the expense of processor Cortex-A8 (600 MHz) and GPU PowerVR SGX 535. RAM was 256 MB. This was another serious challenge to the technology of the time. The developers received the untilled field of activity: time of casual games on smartphones has passed, projects will now be able to get the gameplay and graphics an entirely different level. Sales of the iPhone 3Gs were successful, but at the same time enter the game Android device, with more attractive rates.

Released in 2010, the smartphone set the pace of development of smart phones for several years ahead. Completely reimagined design, new and fast A4 processor, camera 5 megapixel camera with recording HD-video. With the release of the iPhone 4 there was such a thing as a Retina display, which was installed in the device. Also the screen gets reliable protection from scratches and grease repellent properties. The updated operating system is now called iOS. Apple is literally stuffed your new device technology, which in later years used extensively by various manufacturers of mobile devices.

The release of the new iPhone with the prefix “S” was greeted with a wave of indignation, which argued a “stagnation” in Apple. Many were expecting something radically new, and got a device that looks virtually identical to its predecessor. Despite this, the performance of the smartphone in comparison with the “Quartet” has increased twice. Got the update and network communication: the smartphone can now act as a Wi-Fi router, has received the support of GLONASS and Bluetooth 4.0. Improved camera: good for pictures is based on a module of 8 megapixels, also appeared the possibility of shooting video in 1080p resolution. However, the main update is the introduction of the digital assistant Siri in iOS. Thanks to Siri iPhone was the first smartphone that supports the control with your voice.

2012. Inheriting the design elements of a successful Quartet, the iPhone 5 was increased to 4″ display, and has become even more attractive, elegant and easy. Virtually all elements of the technical component have been redesigned and improved. But the most important innovation is the enlarged display and the new Lightning interface. iPhone 5 has broken all conceivable records of sales: 5 million in three days, and sold over 100 million devices a year – a very serious figure. 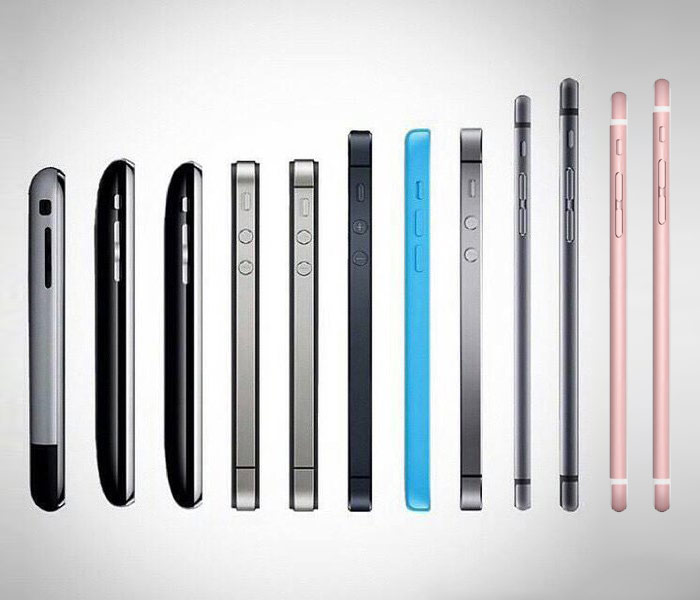 In 2013, the company was expecting the next breakthrough. Apple turned out to be very balanced in all senses a device that is popular to this day. Willingly sold out even pre-owned and restored the device. Upgrades in iPhone 5s are many, here are just a few of them:

This smartphone is the best-selling model in the portal Aport.ru.

Presented simultaneously with the iPhone 5S the device many have dubbed as “a stripped-down version of the iPhone 5s” that far from the truth. Most of the features of the iPhone 5c match the iPhone 5. It’s plastic, not metal, and the fingerprint scanner your smartphone is not equipped. The main feature of iPhone 5c is relatively low cost and bright colors.

2014. The appearance of smartphones has completely changed since the days of the Quartet. iPhone 6 gets a display of 4.7” iPhone 6 Plus — 5.5”, thus becoming the first tabletop from Apple. This large display was adopted ambiguous, and the metal housing lends itself to bending. Both devices run on the Apple A8 processor and internal memory to reach a volume of 128 GB. Camera “learned” to shoot video slow-mo, and the version Plus has got optical image stabilization. The smartphone has a function of mobile payments Apple Pay.

iPhone 6s and 6s Plus

2015. Absorbing appearance and best qualities of the previous models, the new devices are even better. Phones got a reinforced chassis made of aluminum 7000 series. For the first time iPhone is available with 2 GB of RAM. Smartphones working on Apple’s A9 processor. Having all the same 4.7 and 5.5 inches, the display can detect pressure sensitivity, thanks to the technology of 3D Touch. The number of megapixels in the main camera has increased to 12, and the rollers you can now record in 4K resolution.

Totem Rush – war of the totems

Genre codenamed “collect three crystals in a row” as far as popular as they were worn out – almost every day there are games in this format for a quarter of a century, and, of course, all formulas have long been tried. There are match-3 the play, with console graphics, non-linear levels and the only […]

Rumors: iPhone 7s will receive support wireless charging with a range of up to 1 meter

Apple develops a new technology wireless charging, which can be used in the company’s gadgets in the next year. About it reports Bloomberg with reference to the production partners in USA and Asia. Feature charging, developed by Apple, is the refusal from the plate of the transmitter used by competitors