Formally, none of the Russian Federal mobile operators do not work in Crimea. But, as explained by witnesses, in fact, the largest mobile operator on the Peninsula is MTS. Sanctions imposed against Crimea, does not apply to the Crimean MTS. 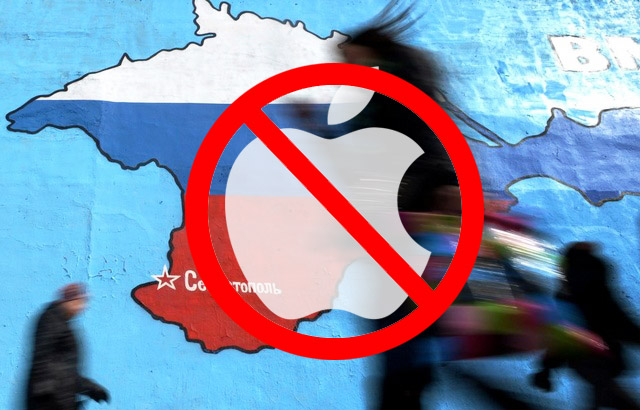 Resource CNews have studied in practice, the work of cellular communication in the Crimea. A year after joining the Peninsula to Russia, the problem of providing citizens with quality mobile communication remains one of the most relevant. All Ukrainian mobile operators of GSM standard left the Crimea, but none of the Russian Federal operators to come to the Peninsula was not solved.

In Crimea is only one GSM network, owned by created last summer the company “K-Telecom” (trade mark Win Mobile). Russian mobile operators have entered into roaming agreements with “K-Telecom”. Thus, for example, in “VimpelCom” in the city of Sevastopol, which is a separate subject of the Federation, not working data roaming and only voice communication. MTS and MegaFon had no such problems found. For the rest of the Peninsula data roaming in “VimpelCom” worked.

In General, the quality of mobile communication leaves much to be desired: it is recognized by local officials, and ordinary citizens. Especially not working mobile Internet: “K-Telecom” provides service access to the Internet via EDGE, 3G and LTE networks have been launched only recently, and only on the territory of the city of Sevastopol. Local taxi drivers complain that the situation is ruining their business, as they became difficult to use the application to process orders.

However, Wi-Fi in the Crimea as a whole works well, in many restaurants and hotels he doesn’t even require a password. In Simferopol airport has an outdoor Wi-Fi, but the quality of his work raises questions.

MTS, which is not

The main intrigue of telecommunication realities of Crimea is a visible presence on the Peninsula MTS. Stand with the logo of the operator standing directly in the airport of Simferopol, and then they can be seen on the streets of Crimean cities. On the racks you can purchase a SIM card MTS says “for sale in Krasnodar Krai”.

Data SIM card assigned to Krasnodar MTS network and have the proper numbering. In Crimea they works in roaming on the network of “K-Telecom”: on the phone, an icon appears, and for mobile Internet in your smartphone, you need to allow data roaming.

However, roaming charges in the Crimea for such subscribers is not entered, in particular, incoming calls are free. As a result, as explained by a source in the local telecommunications market, the vast majority of the inhabitants of the Peninsula is just the services of MTS and not “K-Telecom”.

The cost of the SIM card with the tariff “Super MTS” is 50 rubles without activation or 100 rubles. with activation. The caller when the connection offer 7.5 GB of Internet traffic for a period of one month. 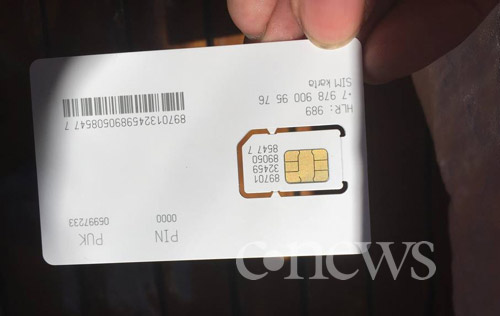 On the racks with the logo of MTS can be purchased SIM card “K-Telecom”. However, the seller to which the correspondent has addressed a related question, I was surprised by the desire to purchase a SIM card of this particular operator.

The SIM card is “K-Telecom” costs 100 rubles. and is located on a white plate without any logos. Subscribers are offered a single rate with no monthly fees – “Freedom of communication”. On-net calls are free (within 60 minutes a day), when you connect an additional option for 2 rubles per day become free calls and numbers of other mobile operators MTS and the Krasnodar territory.

Read also:   Blind decided to sue Apple because of the web site

Due to the geopolitical situation of the ban on telephone connections with Crimea entered the Ukrainian authorities and the U.S. ordered its Corporation limit for Crimean residents access to digital services and goods. For example, have seen users being in Crimea, you can’t download the desktop version of the browser Google Chrome. Not in Crimea should be sold and the technique of large American corporations (although in Sevastopol managed to find a store with Apple products).

However, due to the described features to mobile communications in the Crimea, sanctions have a limited effect on the Crimean cellular users. So, the Google Play app store for Android is not working with SIM cards from “K-Telecom”: to go to the store, but when you try to download an application error. This is also the situation when you try to access Google Play via access point Wi-Fi.

However, if you go to the same Google Play purchased via in Crimea SIM card, no problems with downloading apps will not. Apparently, this is due to the fact that the respective subscribers to the IP address assigned to Krasnodar MTS network. In the case of App store from Apple correspondent generally failed to detect any traces of locks.

Likewise is the situation with the connection with Ukraine. The authorities forbade the operator to make calls to phone numbers that are issued by Russia for Crimea. Accordingly, to call from Ukraine to numbers “K-Telecom” (code “+7-978-9”), and Vice versa, will not succeed. But, as explained by the correspondent, with the Crimean SIM card MTS (codes “+7-978-7” and “+7-978-8”) to call to Ukraine, and take out the call.

In the MTS claim that he did not work in the Crimea and took no effort to promote their services on the Peninsula. The operator simply has a roaming agreement with “K-Telecom and the sale of its SIM cards on the Peninsula can be anyone. The fact that the MTS brand popular in Ukraine, Vice-President of operator marketing Vasil explains, he is rather historical reasons: earlier, the Ukrainian “daughter” MTS occupied 60% of the local cellular market.

“The MTS brand, in contrast to other Russian mobile brands known in the Crimea, in addition, in the Crimea was our stand. says, he is rather . In conditions, when neither we nor other Russian operators stands there its not imported, it is not surprising that they found the application”.

The release of Springtomize for iOS 4 10

As expected, in came Springtomize Cydia 4 – updated app for iPhone and iPad with jailbreak. Popular solution for the modification of the iOS interface has got the support of the latest version of mobile OS from Apple. About the upcoming launch of Springtomize for iOS 4 10 last week announced a developer Filippo of […]