MacBook Pro the next generation will have the memory of a new type of 3D XPoint, which is substantially faster and more durable NAND. About it writes edition Computerworld. 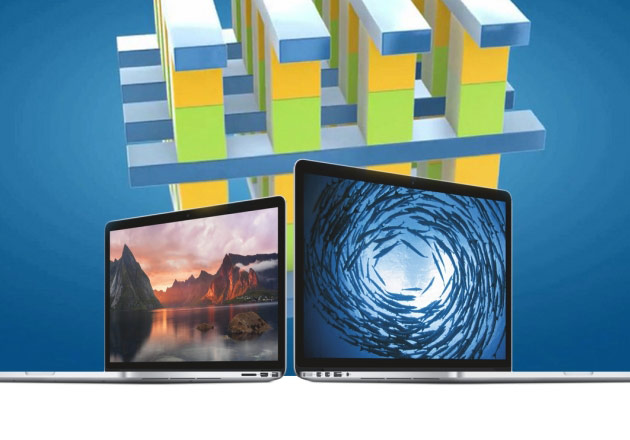 3D XPoint is a new type of nonvolatile memory that is potentially “1000 times faster than NAND flash and 1000 times more resistant to wear and tear” that gives the opportunity to produce on its basis even the RAM, the newspaper notes. However, the tests experienced on Intel products memory 3D XPoint do not show such a decisive advantage. In terms of IOPS drives memory 3D XPoint is about 7 times faster storage on NAND MLC, and the latency when reading less than 8 times. But even this is interesting, right?

As the newspaper notes, the Xpoint 3D technology is compatible with NVM Express (NVMe) Protocol access to solid state drive (SSD). The MacBook with Retina display has received the support of NVMe in the past year. With the integration of NVMe in 3D Xpoint Apple may switch to using the SSD from the Optane Intel.

It should be noted that the benchmarks the new 15-inch MacBook Pro shows record performance of the disk subsystem. The level of SSD performance new portable Apple computers ahead of the nearest competitors by two years. 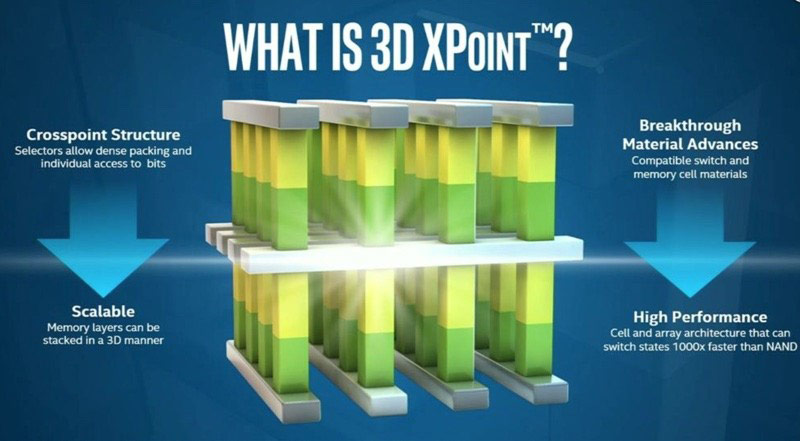 “Apple is the first manufacturer that has switched to using drives PCIe/NVMe. She was the first who introduced the technology in its entire product line, while other companies use them only in some models, wrote Vice-President of the IDC Jeff Janukowicz. Thus Apple has been able to provide the highest performance, in terms of speed of read/write when compared to traditional models of SATA”.

Read also:   Kuo: in 2018, the new iPhone will receive the stainless steel and OLED displays

The hard drives Optane able to increase competition in the SSD environment superior performance. Experts see this as a battle in the segment between Intel and Samsung. The issue price for the first time will be quite high. The cost of 3D ICS XPoint approximates the value of the DRAM, so the price is capacious SSD on the 3D XPoint will be significantly higher prices for MLC NAND SSD of equal capacity. However, the product obviously will be in demand and as the first candidates for the introduction of 3D Xpoint in the consumer segment are high-performance MacBook Pro.

PROMT Offline and Translate.Ru for iOS came out in a new design and with new features

How to install WhatsApp on iPad with iOS 10 without jailbreak

The company makes every effort to ensure that the viewer can purchase the Ultra HD pictures are not overpaying. Hollywood studios make concessions. About it reports The Verge. Apple seriously puzzled by the pricing policy posted in the iTunes movies are available in 4K resolution. The company wants to set a price tag in the […]