It’s no secret that the “intermediate” version of the iPhone with the prefix “S” keep the design of the previous generation. This year the basis for the iPhone 6s, will take the smartphone iPhone 6. What if Apple is preparing a surprise in the form of radically new colors? This is evidenced by the promo video, allegedly obtained from the office Apple. 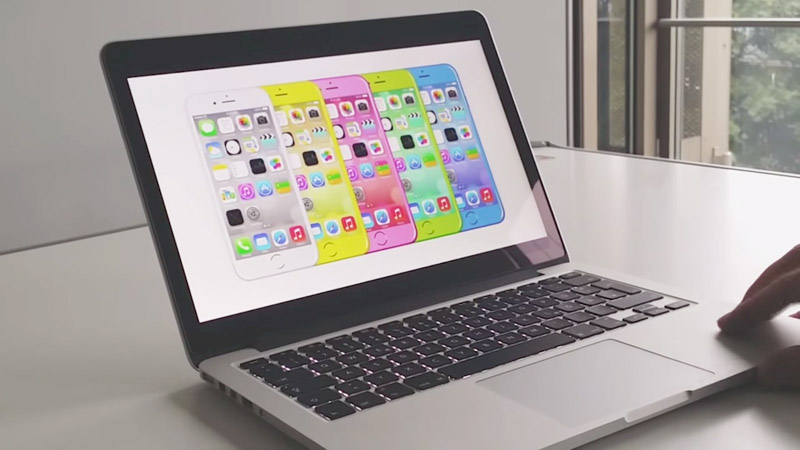 On the video titled “Advertising iPhone 6s leak out of the office Apple” shows the MacBook Pro, the screen which shows a 30-second video. In the clip you can see the new iPhone in five colors, among which there is not the usual Space Gray or gold, which are habitual users of Apple gadgets. But there is a light green, yellow, blue and white. Front panel “iPhone 6s” made in the same color as the back cover.

Users in the comments immediately exposed a “fake.” “It’s fake, because the home screen, no apps, Music, Health and Apple Watch. I think so,” says TheOfficialNorman. Agrees with him Kate Murphy: “of Course it’s fake, they even added a wrong icon Music”.

Despite the high quality of the promo, forgery yields several obvious errors. For example, on the home screen “iPhone 6s” not iOS 9. For doubt is the absence of the model with the prefix Plus. Another version can be miniaturized iPhone 6c, which is also due out this year. But why, then, said in the video about the iPhone 6s? Finally dot the “i” will be placed on September 9, when the official presentation of the new smartphones Apple.

Apple has extended its contract with TomTom to supply map data

It’s no secret that when you create a native application Apple Maps used map data to TomTom. The largest producer of navigation equipment and digital map to deliver location-based content for branded apps in Apple iOS and OS X. TomTom Today announced the extension of the license agreement with the American giant computer electronics. In […]

In Belarus, the iPhone 4 exploded and almost started a fire in the apartment

It seems that in recent incidents with spontaneous ignition and even explosions of batteries on mobile devices, even the most famous manufacturers are not protected from such problems. About the explosion of iPhone said its owner, a resident of the Republic of Belarus. He provided photographs confirming this fact. According to Onliner, the smartphone is […]