Today, 5 October — the anniversary of the death of Apple founder Steve jobs, on the façade of one of the buildings of Pervouralsk appeared a memorial plaque. Initiated by local businessmen Sergey Boyarintsev and Vitaly Listedin. 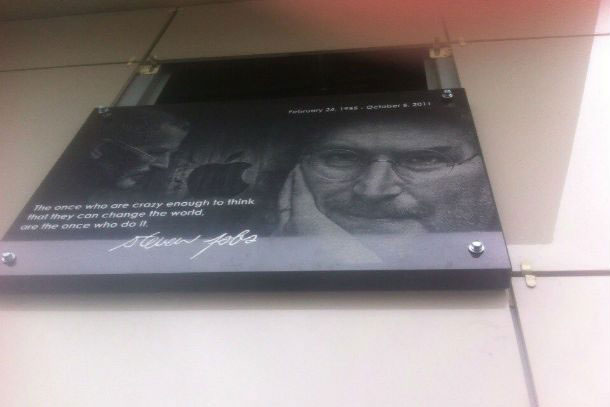 “We have immortalized the memory of man, the entrepreneur, who in his life had made himself — said the publication “City news” Sergey Boyarintsev, who made the sign. — Steve jobs, with nothing, from scratch created an Empire, which, in fact, became the driving force for the us economy.”

The initiators do not skimp on the epithets and similes, giving tribute to the role played by the former head of Apple in the world. He is called a visionary, a man who could predict the future; world of legend and revolutionary in computer science, music, telephony and entertainment. A memorial plaque has cost businesses about $ 25 000. 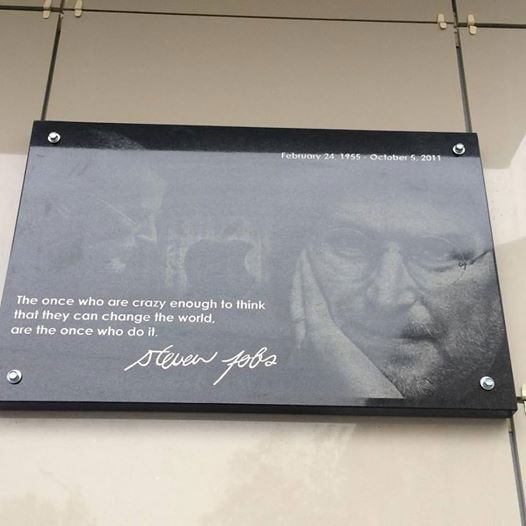 “Sergey Boyarintsev arrived, showed me “as a sample” plate. But the plate was small, it made it a little more. Sergey did everything fast enough, in record time.

I have deep respect for Steve jobs, like it or not, is a cult figure in all of IT-shnoy industry. In Russia we, unfortunately, except for Pavel Durov, these kids no. And Chubais to put up a sign here we have Trubnikov, 24 silly,” – said Vitaly Listedin.

On the plate next to the portrait of the entrepreneur, is engraved one of the most famous phrases of Steve jobs: “Only madmen who think that they can change the world, and change”.

The installation of a memorial plaque took place without pathos, in a relaxed atmosphere. “The rain outside, installed without fanfare, and orchestra, the more the date is not joyful, not solemn,” – said the businessman. According to Listedina, he sees an opportunity to report to Apple about installed in Pervouralsk memorial Board.

The world’s first monument to Steve jobs was opened in 2011 in Budapest. A two-meter statue of the late head of Apple was cast by Hungarian sculptor Erno He. The customer was a famous Hungarian businessman, the head of the company for the production of computer software Gabor Bogach. According to him, he wanted to honor the memory of a man who achieved success in business.

The monument to Apple co-founder also raised in Odessa and St. Petersburg. In Novosibirsk the project to install the monument to the founder of Apple failed – the required amount is not enough 46 000.

Analysts: Apple will raise the price of iPhone 8, to cope with the excess demand for the new product