The prevalence of mobile platforms iOS 10 continues to grow and on Wednesday reached the mark in 48%. As noted by analysts Mixpanel, two weeks after the release of the new “OSes” Apple has become the most popular among users of iPhone, iPad and iPod touch, ahead of iOS 9. 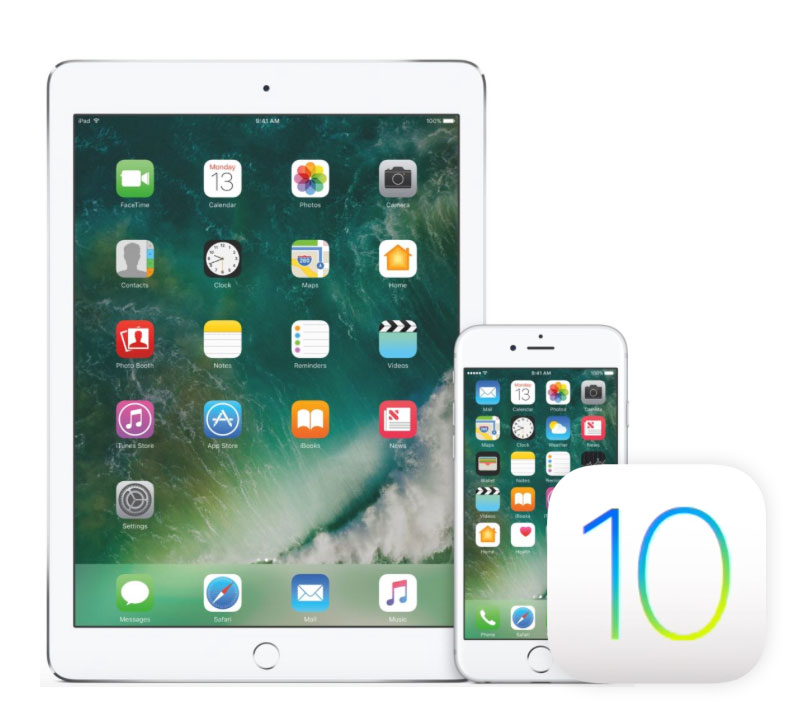 The final version of iOS 10 debuted on September 13. A day after the release of its share was 14.5 percent. Three days after the release of a new software platform, Apple has reached 21% among iPhone, iPad and iPod touch. The same degree now boasts operating system Android 6.0 Marshmallow, released last year.

Wednesday, September 28, iOS 9 ceded the title of most popular operating system among users of i-devices: its share is 47%. About 4% of users remain on iOS 8 and older versions of the OS.

Analysts point to the fact that iOS 10 lags behind the speed of adaptation from its predecessor. iOS 9 has been installed on 50% of compatible devices after a week of release. This may be due to the higher hardware requirements: the owners of smartphones iPhone 4s, iPad mini and iPad 2, released in 2011 and 2012, respectively, didn’t get a chance to update to iOS 10. 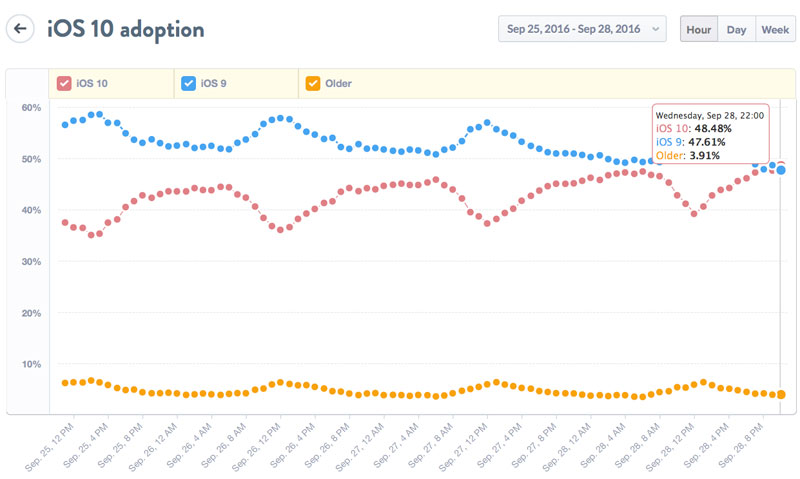 According to Google share Android Marshmallow, a year after the announcement is about 19%. And the latest Android Nougat 7.0 that debuted earlier iOS 10, not currently reached half a percent.

iOS 10 was released officially on September 13. In the new software platform made the biggest changes in the entire history of software platforms. Updated can iPhone 5 and more recent models, and owners of iPad Air, iPad mini 2, 3, 4, and iPod touch 6G. The main innovations in iOS 10 touched the lock screen and third-party apps for messaging, photos and maps.

Apple for the holidays activated twice more smartphones than Samsung

25 December 2016, the day when Catholics celebrated Christmas and the Jewish Hanukkah in the world has sold tens of millions of devices running iOS and Android. Despite the implacable hostility between operating systems together iPhone and smart phones on platform Google has set a record of audience growth, new activations and app downloads. Flurry […]

Rumors that Apple is developing its own robomobile, appeared on the Internet a few years ago. At various times sources have talked about the different parts, but, Apple never officially commented on the rumors. This week in an interview with Bloomberg, Apple CEO Tim cook revealed some details. The head of the company confirmed that […]

Samsung translates to Russia personal data of Russian citizens to comply with legal requirements. Samsung will place them in the Moscow data center company DataPro, owned by the family of former President “Rosneft” Sergey Bogdanchikov. This is reported by “Vedomosti” with reference to sources close to one side of the transaction. Samsung now brings to […]