Game Super Mario Run ahead of the rising popularity of Pokemon Go. Last for the first day of release have downloaded 900 000 users, while Super Mario Run this figure is even more impressive. According to a statement from Nintendo, the first official mobile game of the adventures of the Italian plumber in the four days since the release has been downloaded over 40 million times. 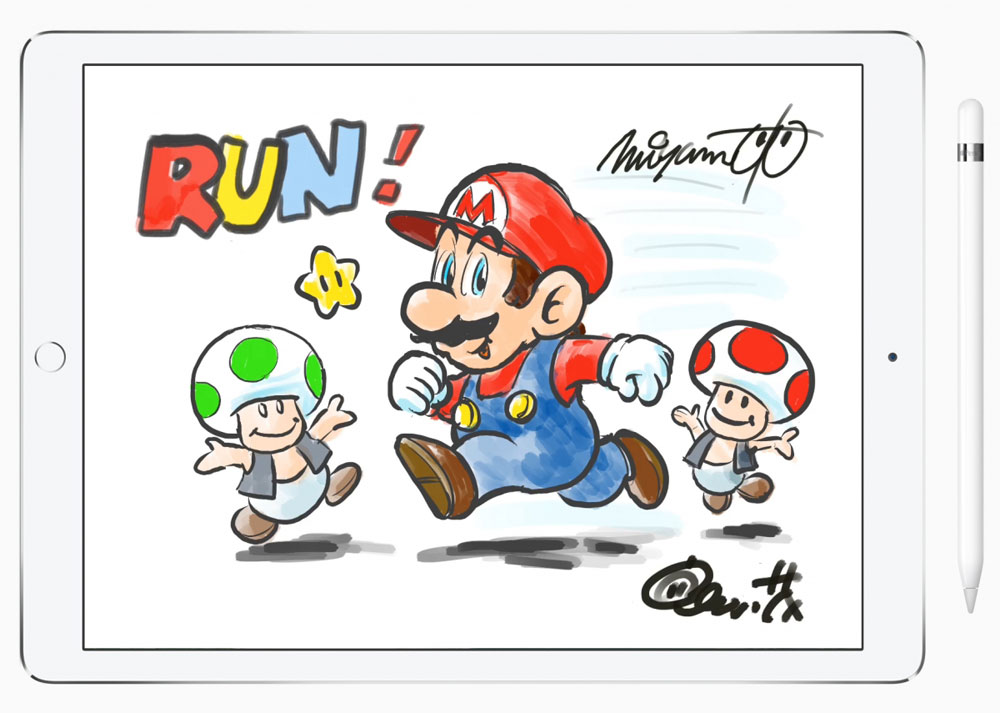 Such stunning success the project has a simple explanation. “Super Mario” is a classic game genre, the first version of the game appeared in 1983 for the slot machine, then it was ported to the game console of the time. And this is the first game Nintendo, version of which appeared for smartphones.

As for the comparison with Pokemon Go, it is the first day – July 6 – was released in only three countries (Australia, New Zealand and the USA), and Super Mario Run – just 150, including Russia (where Pokemon Go, by the way, is still officially not available). In addition, for games in Pokemon Go need to move quite a lot in that time, toy with the plumber Mario in the main role does not require any sacrifice – you can play from the comfort of your sofa.

The Creator of the Mario series Shigeru Miyamoto draws the main character on iPad:

Today Super Mario Run is available only to owners of devices on the iOS platform. Users can download in the App Store a free trial version of the game, however, the full set of levels, the developers need to pay 749 rubles. Analysts predict that in 2017 the game will be another surge of interest – Nintendo will release its version for Android.

The release of Super Mario Run took place on 16 December 2016. During the first day the game was downloaded over 5 million times and earned its creators around $5 million In 80 countries Super Mario Run came in the top of the App Store.

Startup Foolography presented wireless controller Unleashed, in which iPhone and iPad can be turned into display and remote control SLRs. A device installed in a compatible Shoe “mirror, and creates the network to which you can connect using a smartphone. The interaction with the mobile device is organized via Bluetooth, to the benefits which the […]

Viber now allows you to chat during the call

Viber Media has announced a new version of the official client for iOS. In the update, the developers have implemented the ability to chat during the call, add avatars for group chat; change font size. Download Viber 5.4 from the App Store catalog. In the new version of Viber have the opportunity to view the […]

Apple released a new beta build of iOS 11.1 to developers. In iOS 11.1 beta 5, the company focused on fixing bugs and improving performance on older devices. Notable interface changes and new features in the system are detected. In the release version of iOS 11.1 the developers will add around hundreds of new Emoji […]