Edition [email protected] summed up the results of voting in the nomination “the Best gadget of 2015 according to the Runet”. In the online survey involved more than 400 000 users who have given for the most outstanding device about 3 million votes. 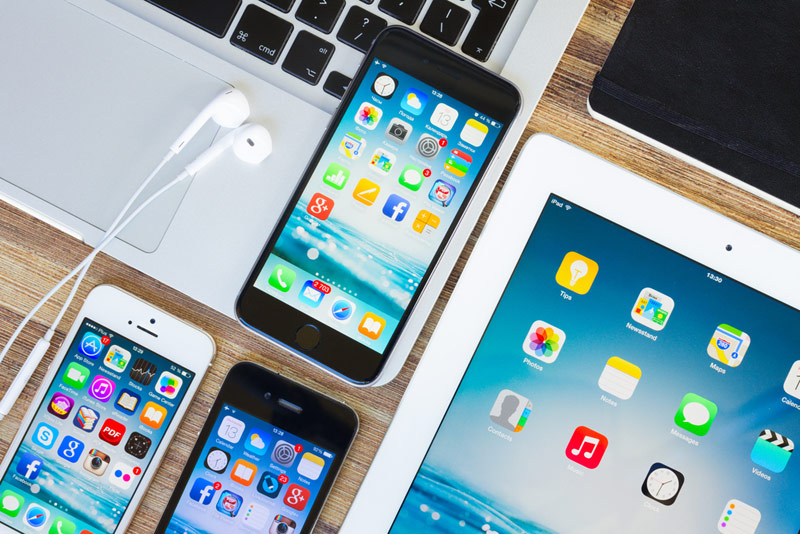 All users were offered the 6 nominations for voting: “smartphones”, “computers”, “cameras”, “TV”, “gadgets” and “operators and retail”. Voting took place from 23 December 2015 to 16 February 2016. Any user could vote only once in each of the 34 categories.

According to the survey, “Apple” gadgets have become leaders in four categories. Users called iPhone 6s Plus best flagship of the year, iPad Pro is the best tablet, the 13-inch MacBook Pro – best laptop and Apple Watch best of smart hours.

“Smartphones are traditionally the most popular award category, with over half a million votes. This year we see a greater variety of brands leaders in the voting. Increased loyalty to Samsung and Apple, which is expected: these companies determined the direction of technology development and design in 2015”, – said the head of the strategic communications Anton Spiridonov. 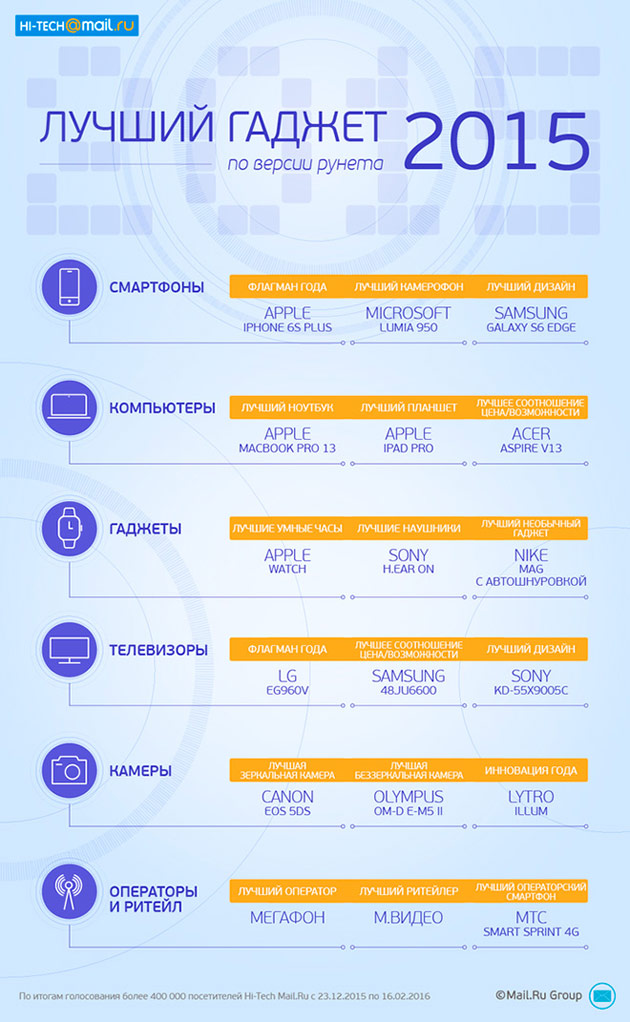 The best computer users have named the MacBook Pro among the transformers in the first place model Lenovo YOGA 900; connoisseurs tablets chose the iPad Pro; and the ratio of price and the majority on the side of the Acer Aspire V13 (2015). For the title of “the best design of the year” the votes are almost equally divided between the first almost edge-to-edge laptop Dell XPS 13 9343 and 12-inch Apple MacBook, but with a small margin still won the computer from Dell.

In the category “camera”, the winners were the Canon EOS 5DS (“best SLR camera”) and Olympus OM-D E-M5 II (“the best mirrorless camera”). TV of the year for the second time in a row, OLED LG TV (model EG960V), and in the category “best design” first expected received 4,9 mm Sony KD-55X9005C.

CoolBooter: the decision to load two versions of iOS on iPhone and iPad [video]

Users jailbreak devices became available the possibility of simultaneous downloads on iPhone and iPad, two different versions of the operating system. The solution is called CoolBooter and is available for users of 32-bit of Apple gadgets. Dual boot is often used on a desktop operating system. That is, the user installs on the same computer […]

Chinese Yepo company began production of engineering samples of clone MacBook Air, built on a hardware platform Intel Cherry Trail. The product is only intended for familiarization of partners, in case their interest will begin full-scale production. However, the price of the device Yepo 737S is already known — $ 200. The laptop is equipped […]

Roskomnadzor has confirmed the appeal to Apple and Google with the requirement to remove from its online stores in Russia LinkedIn application. This told the press Secretary of Department Vadim Ampelonskiy. According to Ambalangoda, preparation of official letters with the request to remove the social network from the App Store and Google Play lawyers and […]