The new operating system from Microsoft Windows 10 went on sale around the world. Users of Windows 7 and Windows 8.1 can install a new platform for free. 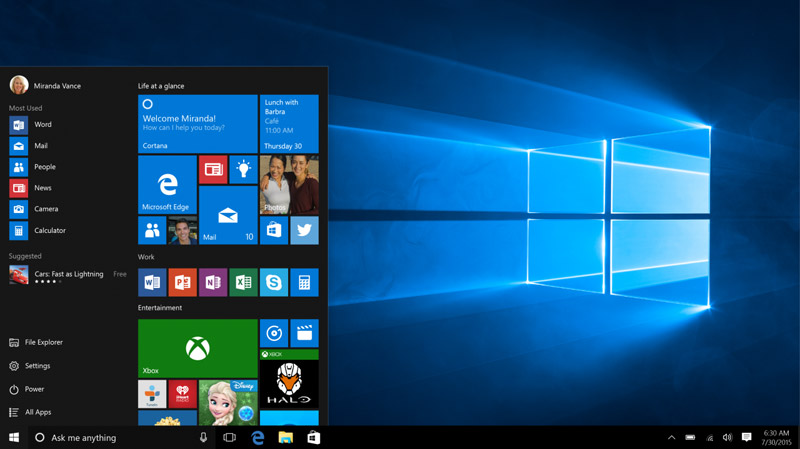 “We hope that the new features offered to users of Windows 10, along with the traditional OS functionality, will not leave them indifferent and will appeal”, — stated in the message.

Users of Windows 7 and Windows 8.1 can upgrade to Windows 10 for free during the year. For other OS devices will be available later. On July 28, Microsoft sent out the setup files because of concerns that their simultaneous injection may cause too much load on the servers of the company. Thus, on July 29, the new OS will not get all of the users who left in advance of the relevant application.

Windows 10 is a unified operating system for all device types. Its official presentation took place at the end of January 2014. Later it became known that the release of the platform is scheduled for the summer. The company has promised that Windows 10 will be available in 190 countries and in 111 languages.”

In Windows 10, developers have returned to the “start” menu, the operating system is quick, fast resumes and allows a very economical use of battery power”, reported Microsoft. The platform is optimized for operation using and keyboard, and touch screen. 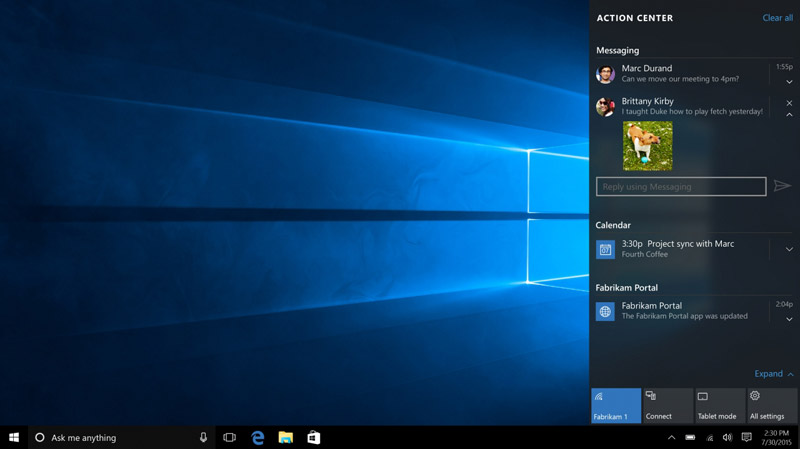 In Windows 10 there is a new Microsoft browser Edge, which will replace Internet Explorer. The company is positioning it as “refined and fast”.

Another notable feature of Windows 10 is Continuum. With its help, when you connect an extra screen and keyboard the smartphone can be used as a desktop. The idea is that the Continuum function must translate the concept of universal applications that adapt to the screen size and offer users a similar experience on different devices.

Microsoft receives from sales of Windows $42 billion, more than 2/3 of their revenue. The previous version of the operating system was perceived by users as a whole negatively, many corporate clients and have not upgraded to Windows 8. This time the company has made a special effort to prepare the user and take into account their wishes.

MTS has introduced a new tariff for unlimited mobile access to YouTube video, Vkontakte, Ivi, KHL, Zoomby, NTV, RuTube and Amediateka. This is reported by “Vedomosti” with reference to the representative of the operator Dmitry Solodovnikov. Its price is 3 rubles per day, that is about 90 rubles. per month, to connect its subscribers are […]