Despite the fact that in Russia, sales of smart watches Apple Watch hasn’t started yet, “gray” sellers have provided the Russians gadgets already in the first day of sales. The demand for novelty is not only ordinary citizens but also among the first persons of the country. 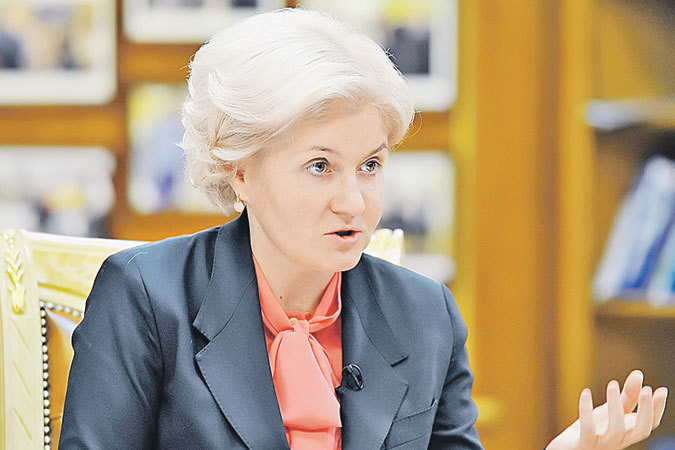 The fact social media was published by journalist Dmitry Smirnov. “Deputy Prime Minister Olga Golodets in the photo, but without the Apple Watch in the government to work anymore?”, — commented on a picture of the author microblogging. New clothes Golodets captured at the Council meeting on guardianship in the social sphere in the House of government of Russia.

Twitter users had different opinions on the image, said Ura. “Civil servants of Russia especially the carriers of secrets should not be allowed to use the products of the Premier League.”, — support the overall mood of the post journalist alone. “Not Patriotic, watch Raketa already not comme Il faut?”, — ask the others. “So it is not so expensive, some all rolexes or omegas for $100 000” — puzzled some.

There are among commentators and those that dig deeper: “But we see immediately who in the Government is a patriot and supporter of the economy hostile to us USA”. While others are looking for reasons for the interest of the journalist gadgets to members of the government: “Why not? Jealous? Or in rags sitting needs? Questions to business qualities must be”, “Dima, and the pool was not given Aplac?) )) “. 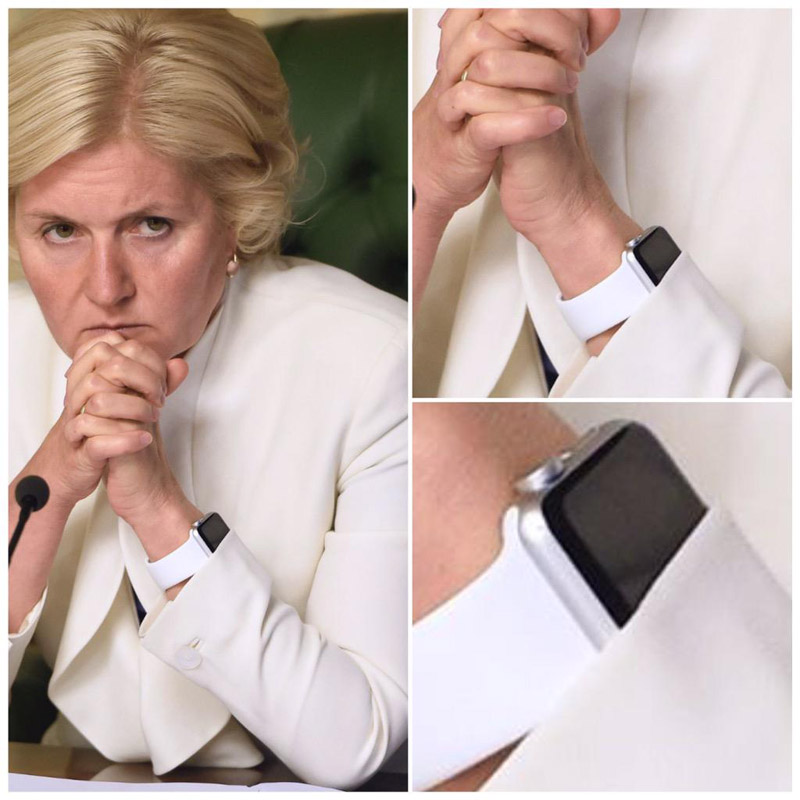 By the way, a new gadget Apple has acquired not only the Prime Minister of Russia Dmitry Medvedev and Finance Minister Anton Germanovich Siluanov. But if Medvedev adorn your wrist Apple Watch Sport black, the Minister of Finance gave the preference to the more advanced version in stainless steel cases and sapphire crystals protect the screen from scratches.

With the bracelet of the watch Anton Siluanov did not much bother — in his hand the black strap is made of PTFE, as in a sports version and is the same as the Prime Minister. This combination is valued at $549 and $599 depending on the size of the gadget. It is encouraging that domestic policies do not flaunt modifications in gold Apple Watch Edition, which can be seen on the arms of Hollywood stars.

Developer Macintosh: the movie “Steve jobs” has little to do with reality

In anticipation of the world premiere of the biopic about Steve Jobs, scheduled for 9 October, view the picture shared team members Macintosh. Former Apple employees praised the picture, but noted that many facts in the film quite heavily distorted. According to Andy Hertzfeld who wrote software code for the Mac OS in the 80-ies, […]

iPhone could be the cause of the crash of EgyptAir

A passenger plane crashed into the Mediterranean sea, could crash due to the ignition of the iPhone. This version is considered by French investigators trying to establish the cause of the crash of the liner. The incident occurred on may 19 on the way to Cairo. The footage from surveillance cameras shows that the co-pilot […]