Every week certain games and apps in the App Store can be downloaded for free under “app of the week”. This time Apple has made free virtual entertainment Rayman Fiesta Run, the protagonist of which is a favorite of many players fascinating character Rayman. 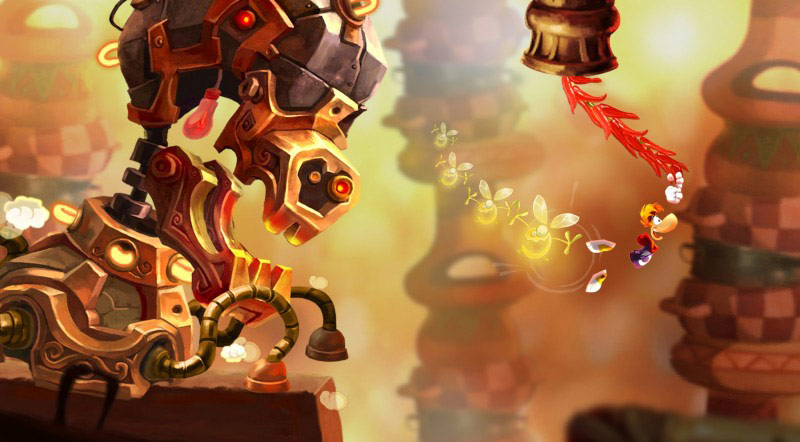 Creating Rayman Fiesta Run, Ubisoft studios decided not to reinvent the wheel — a formula for success, they chose borrowing the best gameplay elements from the first part and adding to them some new, simultaneously bringing already proven to glamour and glitter. And, I must say, the company this venture has been quite successful — Rayman Fiesta Run can rightly be called a disciple that has surpassed his teacher. But, in fact, everything is simple — as in the jungle, Rayman rushes and rushes himself from start to finish, dodging gets in the way of barriers. He uses several abilities – easy running, strong blow of a mighty fist, hovering in a helicopter style propeller and a real anti-gravity running along the walls. Here the possibilities of our hero added speed swimming, transform into mini Rayman on the go and the slide. 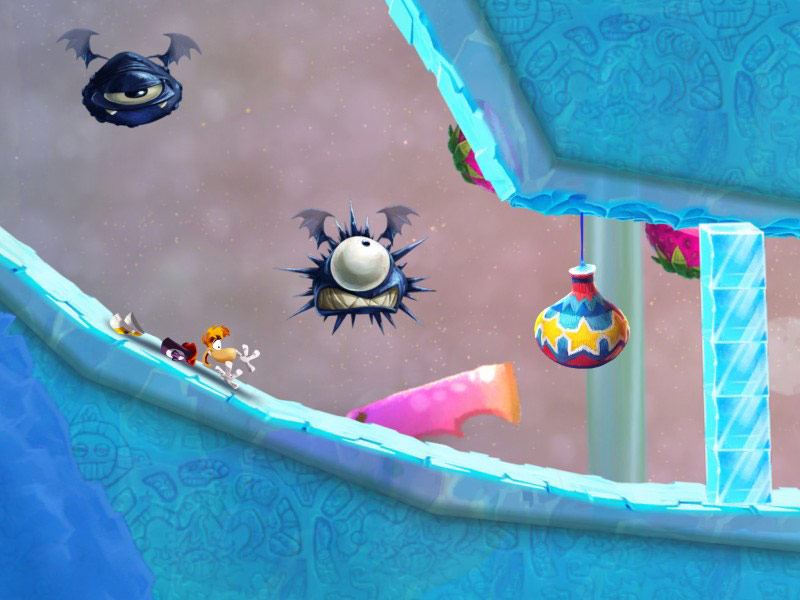 Rayman Fiesta Run offers a map of the world inscribed with many levels for you to explore. For completing missions you need to collect a hundred gold Lomov – given reward points that help to move forward on the map on the desired route. On the way to meet and gifts in the form of portions Lomov, and new costumes, and characters, and illustrations. 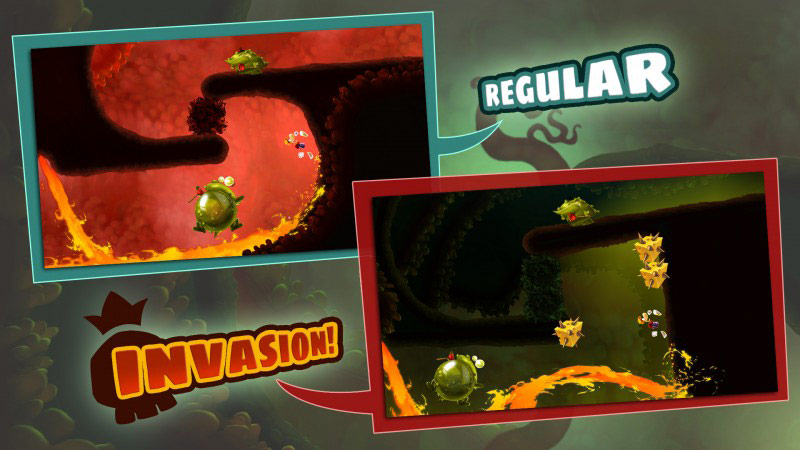 Rayman Fiesta Run is an almost perfect sequel to a good game, which brought to mind everything. The gameplay more interesting, diverse and intense, graphic design has undergone changes for the better, and the music always served as one of the key elements of the games in the series, it is simply beyond praise.

Besides, Rayman Fiesta Run there is Russian localization, which is also important for better perception of the game and dive into its atmosphere. The project offers is much more complex levels than the original — if Rayman Jungle Run could pass perfectly for a few hours, then there will have to sweat to achieve a good result one day.

Download Rayman Fiesta Run on iPhone, iPad and iPod touch at this link.

Have you already seen iPhone 11 images? Do not like his design? A matter of taste. But the "stuffing" will be fantastic. Apple will release a surprisingly powerful device. Image from techgaming.pk The main role in the above will be played by the processor Apple A13. He will be the “heart” of the iPhone 11. […]

All that’s interesting for the week # 32: AirPods X Generation and McDonald’s Candle Set

We summarize the outgoing week with a selection of the most interesting news that did not get on the main agenda. One paragraph news Google Announces Closure of Free Wi-Fi Project Worldwide According to the company, the mobile Internet is becoming more accessible every day and there is simply no need for a project. Also, […]