Use iPhone simultaneously with two SIM-cards until recently seemed to be something fantastic. Many Android devices support two SIM cards out of the box, but in the case of “Apple” smartphones have to resort to tricks. 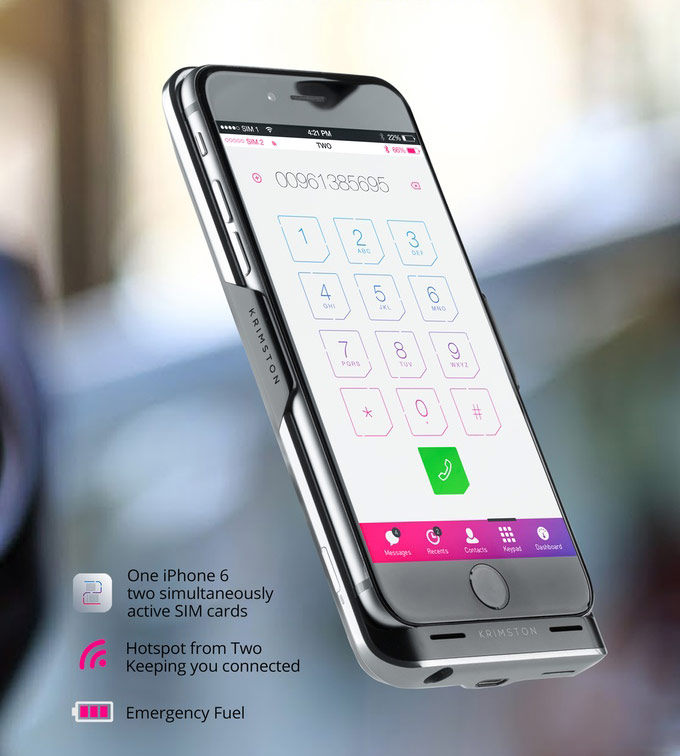 Start-up from Los Angeles, CA Krimston introduced an innovative accessory for the iPhone 6 called Krimston Two. With its help the owners of the phone can use two active SIM cards at the same time.

All that is required to put iPhone in a case with a built-in GSM module and optional battery. After that you insert the second SIM card into the device and downloaded from the App Store free app. The development will be useful to users who use different phones for work and personal calls or going on a journey to purchase the SIM cards of the local operator. 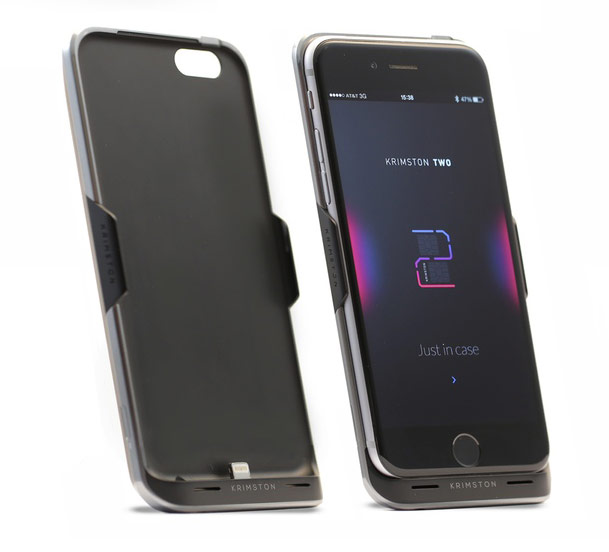 Earlier we looked at the accessory Magic-SIM ELITE. Such a solution also allows you to install iPhone second SIM card, but in this case we have to switch between the main and additional card. Krimston Two developers have implemented the ability to use the iPhone on two active lines. That is, the user can make calls and receive calls on two networks at the same time. This is probably one of the most interesting gadgets created for iPhone.

The creators Krimston Two collect funds for his new project on the site Kickstarter. To start mass production, they need $100 000. The case will go on sale in July for about $99.

Apple Watch can be called the fastest selling smart watch in history… but it says nothing. The main question that needs to respond to Apple and other manufacturers of “smart” hours, if they want to make these devices really popular – “why do I need this device?” From the outset, analysts have argued that the […]

In the App Store we have released a new version of the racing simulator Real Racing 3. In the update to 3.6 wide collection of cars added cars from the top division of the American racing series stock car NASCAR. In the new update for Real Racing 3 car collection joined the representatives of a […]

Last year Apple bought 15 companies, 5 of them remain a mystery

Over the past year, Apple has swallowed half a dozen companies. The name and occupation of ten of them are known, five other no information. That Apple has swallowed up 15 companies in the fiscal year 2015, said CEO Tim cook during a conference call dedicated to the publication of quarterly results. According to the […]