Microsoft translator for Apple’s mobile devices, learned how to perform the translation without connection to the Network and has mastered the translation of web sites directly in Safari. Access to new application functionality is in the version 2.13. 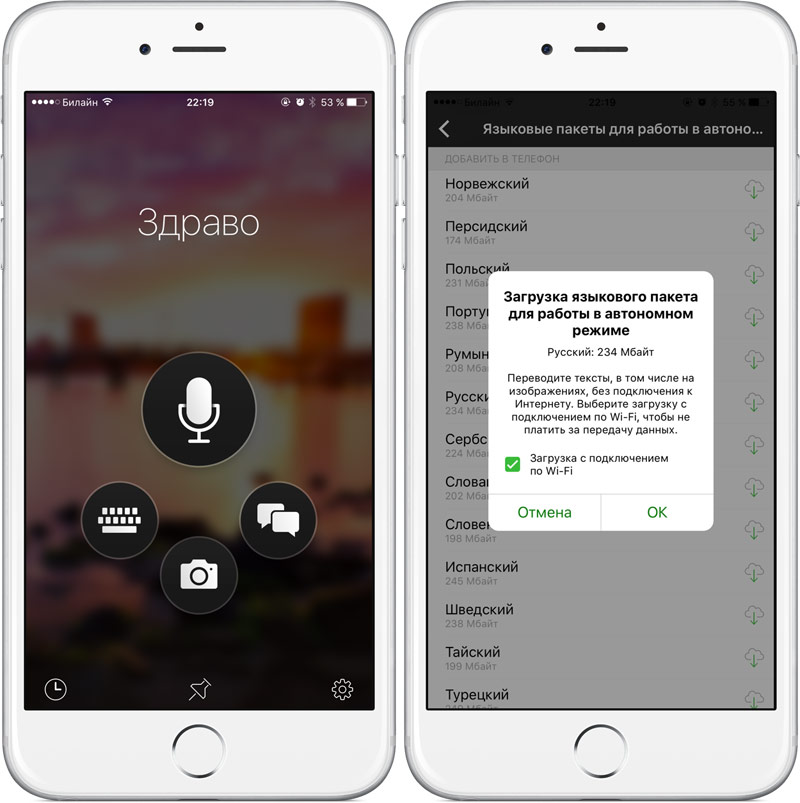 The basis of the Translator is a neural network trained on millions of sentences taken from the world wide web. In Microsoft noted that the quality of the translations of the updated program “comparable” with online samples. Competing the Google Translate application can translate the text (including the photos) offline, but the iOS version requires an active Internet connection.

Translator allows you to translate any website with one of the available languages directly in the browser. It’s enough to open the standard toolbar to “Share” in Safari and select the “Microsoft Translator” (first button you want to include in the “More” section). After that, Safari will translate the whole page to the selected language.

Microsoft Translator for iOS supports 43 languages (including Russian). The software “weighs” a little, about 60 MB, but each language pack will take about 250 MB of memory. 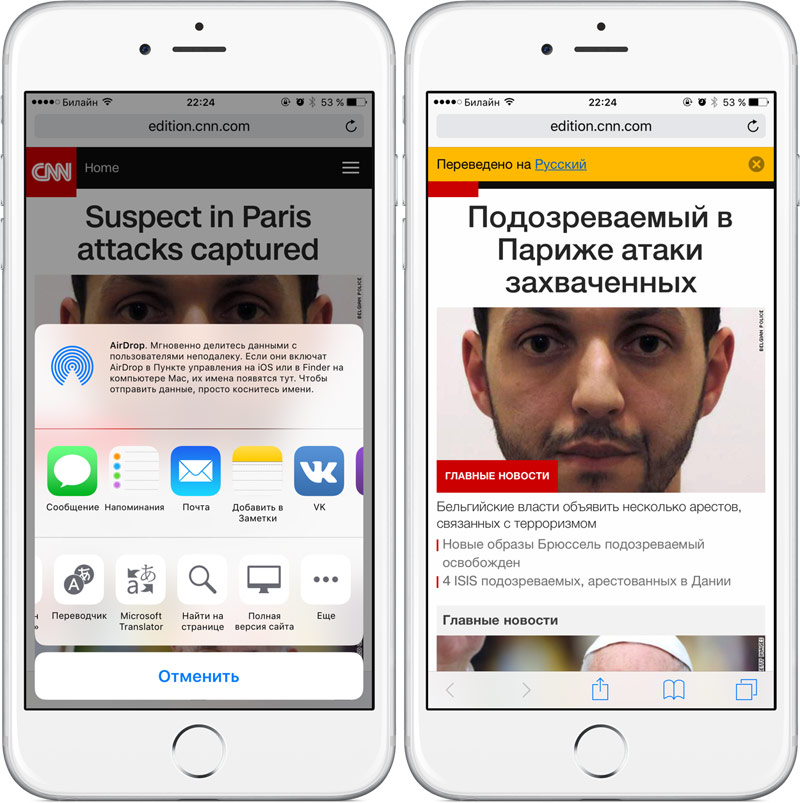 It is written by the user, the phrase may Microsoft Translator, translating, to utter with a voice synthesizer, and display large, easily readable font on the screen. The novelty will be useful to travellers who do not speak the language of the visited country. In addition, the app will help you remember the basic expressions in the target language. The most common phrases you can add to favorites for regular use.

Download Microsoft Translator for iPhone and Apple Watch can free this link.

Read also:   Belarusian developers created the app that in real time changes the appearance for photo and video

Enthusiast compared the speed of all generations of the iPad [video]

In the five years since the release of the first iPad, Apple released 11 different models of tablet. Newest model – the iPad Pro – was presented as part of the September presentation of 2015. Great from EverythingApplePro has prepared a 6-minute video in which he compared the speed of all generations of the iPad, […]

French investigators will check could the spontaneous combustion of Apple devices who were in the cockpit lead to the crash of the Airbus A320 in the Mediterranean sea. It is reported TASS with reference to the newspaper Le Parisien. Experts will examine the three iPad mini with model number A1455, as well as three new […]