Activator is one of the oldest jailbreak tweaks in Cydia – has received the support of new mobile platforms and Apple devices of last generation. Update under the symbol 1.9.7 you can use with iOS 9 and iPhone 6s. Tweak came out of beta and loaded from a publicly available repository BigBoss. 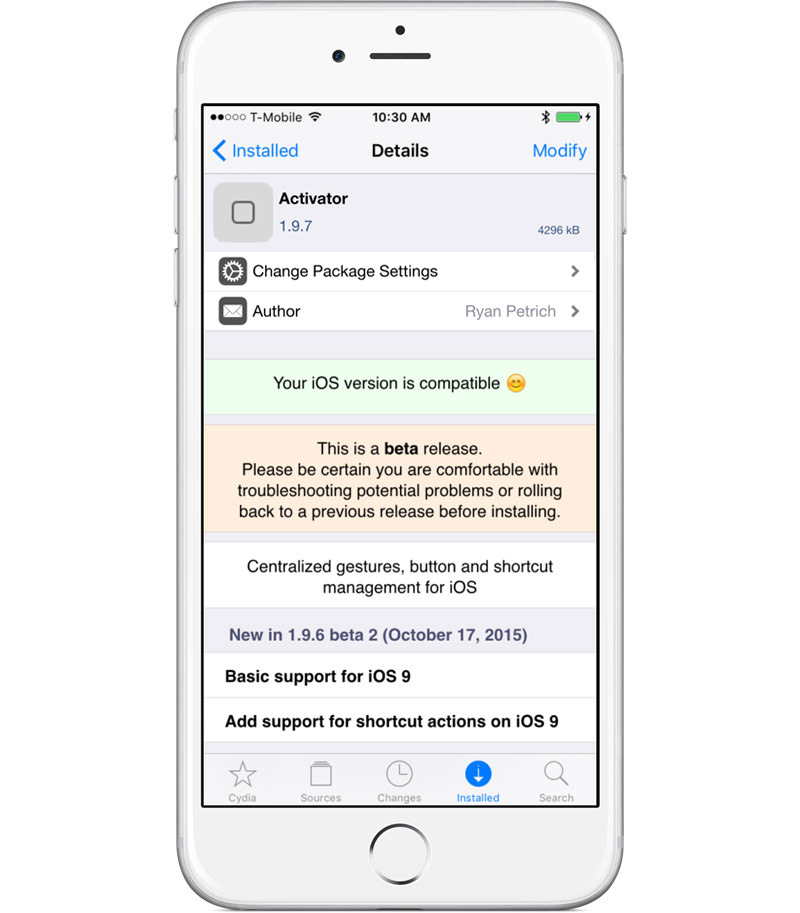 Activator allows you to use iOS devices, and all sorts of gestures and commands (triple click or hold the Home button a short tap on the status bar, swipe from the right corner of the screen and many others) to perform a variety of actions, ranging from launching applications or extensions on your device, to lock the gadget and reboot. Activator possibilities are virtually endless.

Activator in version 1.9.7 won a number of important improvements. In addition to bug fixes aimed at improving performance and stability, the tweak had the opportunity to use specific commands available on the latest Apple gadgets: action called the taptic Engine, multi mode iPad, 3D Touch gestures for devices that do not support this function. 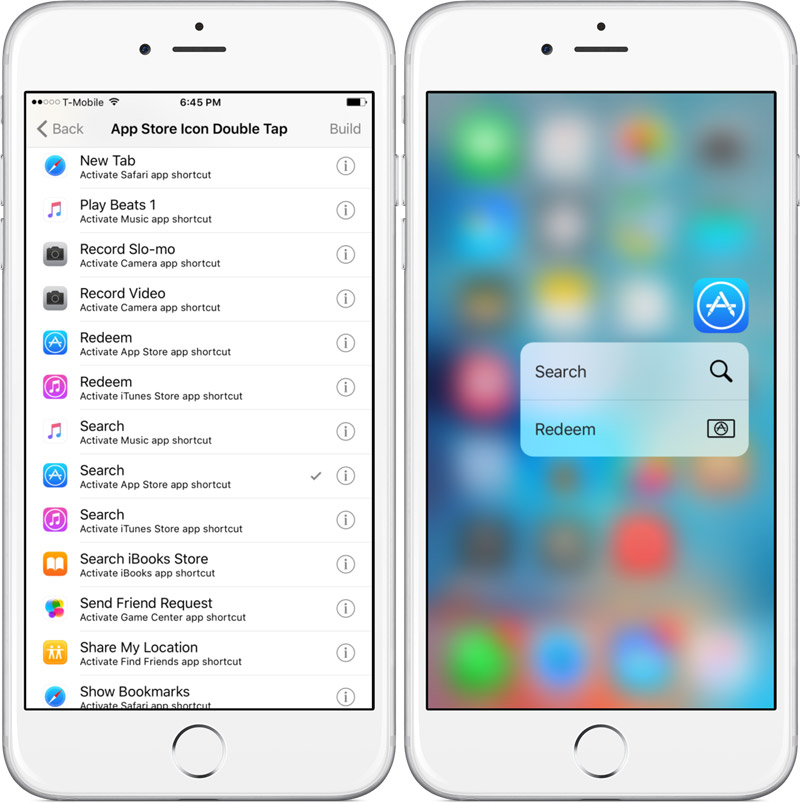 For example, users can add actions to long press of icons: instead of the call mode icons, the device activates one of the commands 3D Touch. For example, long hold the App Store, you can quickly jump to the Search section and tap the Phone icon to the chosen.

The most radical external change in the iPhone 7 was the refusal of 3.5 mm audio Jack for headphones. This solution to many users seemed questionable: included to the smartphone is now a separate adapter to connect wired headphones to the Lightning connector. Actually Apple is not the first time radically refuses from the technologies […]

Caviar a Russian company has announced a new model of iPhone 7 from the collection of the Credo. The exclusive “Save and Protect”, the “our father” and “Source” came to the feast of the Passover. According to jewelers, the iPhone was consecrated in Gorodetsky Fedorovsky monastery and received the blessing of the Bishop of Gorodets […]

The company Blippar, which specializiruetsya on the development of mobile applications, has announced a new program for the iPhone. She recognizes the car and knows all about their characteristics – a kind of Shazam for cars. We are talking about the expansion of the existing app Blippar that allows to recognize different objects and to […]