Developer Jay Freeman, known as Saurik, has released a new version of Cydia with jailbreak is unofficial apps. The new store allows us to downgrade the tweak after installing the update. 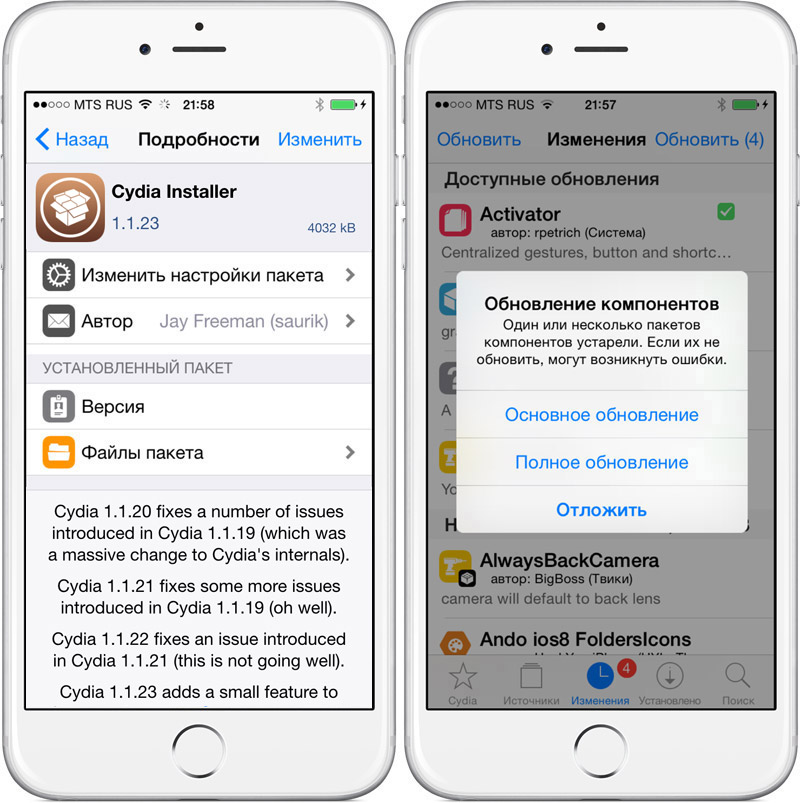 “Very often I upload a new build and during the first hours after the release I recognize that it has serious problems. Even if you revoke the new version, users who have already updated, you will not be able to easily roll back.

Now Cydia allows not only to make a downgrade for tweaks, but to go back to any previous version available in the repository. To this end I will be just in case to remain active previous build apps,” writes Freeman. 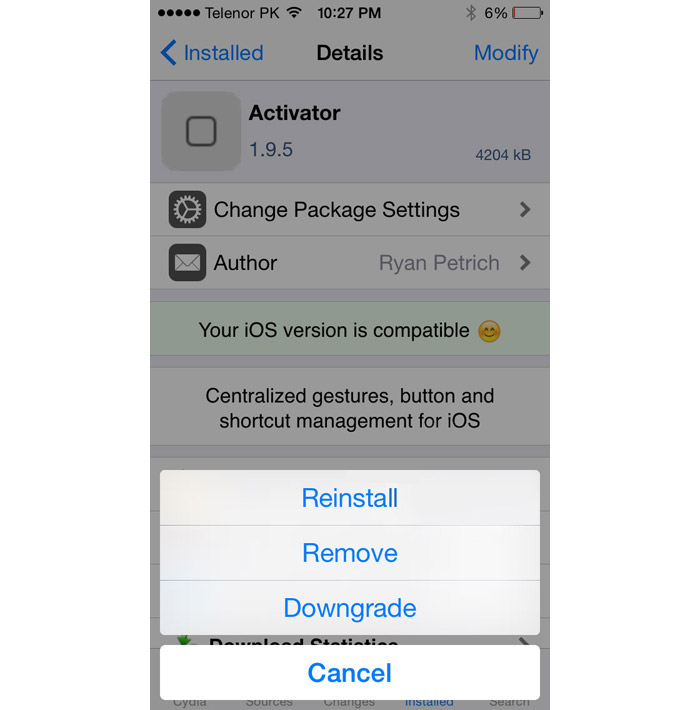 In addition to the functions of the jailbreak tweaks new Cydia simplified way to search for extensions to programs. The program gets a list of installed device and offers supplements can help you to expand the capabilities of games and applications.

Also in Cydia 1.1.23 fixed issues with clearing the cache. In some situations, when iOS cleans up the temporary data to free up space on your iPhone or iPad shop the jailbreak application unable to start correctly. Now Cydia works regardless of the state of the cache. 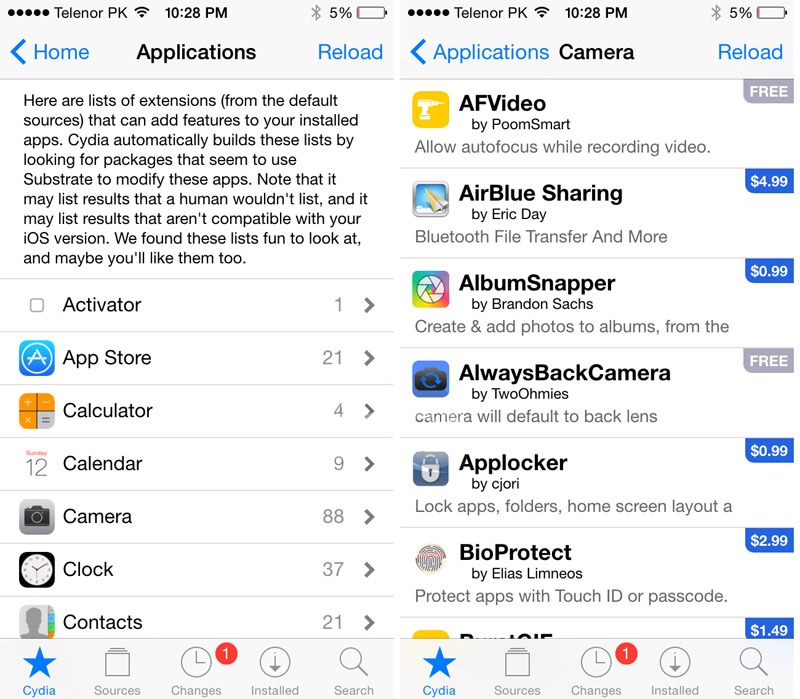 Update Cydia on the iPhone and iPad automatically. Enough on the jailbroken device to run the application and click the “Complete upgrade” after loading all repositories.

The first dismantling of the iPhone 7 Plus: a huge camera module, a new actuator called the Taptic Engine, less capacious battery

Although the new smartphone iPhone 7 Plus has not yet gone on sale, the experts of the Vietnamese portal Tinhte already have the opportunity to get a copy of the disassembly to see components 5.5-inch device. Rumors have repeatedly argued that that the iPhone 7 is actually a copy of the iPhone 6s with a […]

Adobe released a critical security update for Flash Player designed for Windows, Mac, Linux and Chrome OS. Patch covering 12 vulnerabilities, including a critical, which allows to cause a denial of service and to gain control over the computer. CVE-2016-6992 occurs due to the mismatch between the data types involved (type confusion). CVE-2016-6987 and CVE-2016-6981 […]