On the website Change.org there was a petition demanding to dismiss the Deputy of Legislative Assembly of the Rostov region Ekaterina Stenacine that shamed the girl on the forum “Territory” for the iPhone 6. 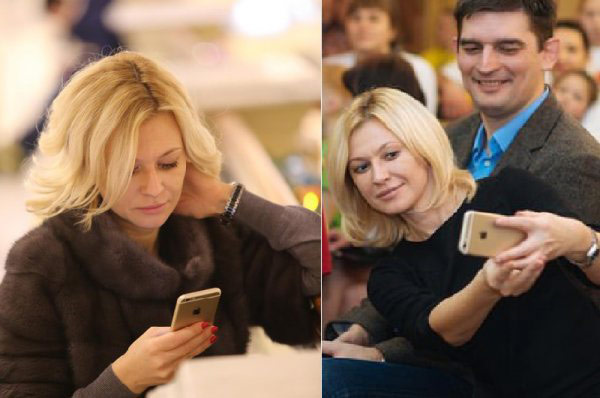 “Mr President, all the leaders of the United Russia party, Mr Sergei Naryshkin, the deputies of the legislative Assembly of the Rostov oblaci on behalf of the people, we ask you to make a decision about exclusion from the lists of candidates of the state Duma elections of the 7th convocation, as well as to exclude from the leadership of the “Young Guard” (and to remove the parliamentary status) Stenacine Ekaterina Petrovna — the Deputy of legislative Assembly of the Rostov Region, co-chair of the “Young Guard”. For blatant public rudeness against Yana Mamaeva the forum “Territory”, Vladimir oblast. Question Yana, for which she received a rudeness, not an adequate response,” — said in the text of the appeal. 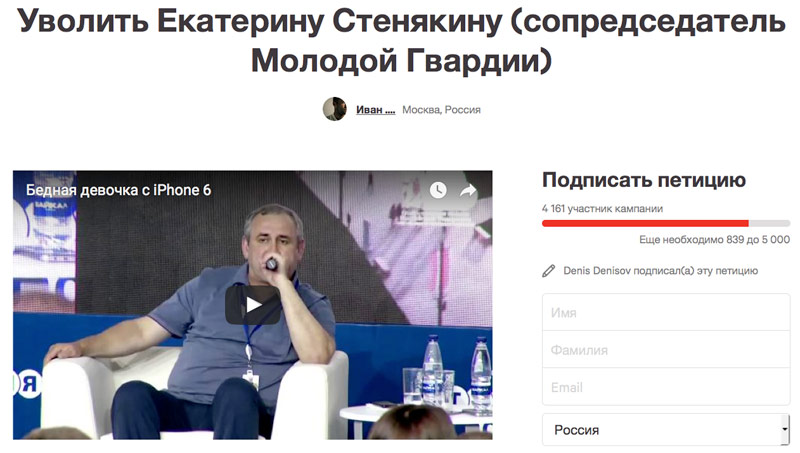 An employee of the orphanage Yana Mamaeva the forum “Territory” appealed to the leaders of “United Russia” with the question of how to get a mortgage she received two degrees and having two red diploma, if payments on this loan exceed her salary. In response, the head of the General Council EP Sergei Neverov asked the girl why she has second higher education, and discussion moderator, Rostov Deputy Ekaterina Stenyakina reproached exposed the fact that she holds in her hands the iPhone.

“Here you stand, ask a question, and you are in the hands of the sixth iPhone, which costs 50 000! Let’s be honest to each other, and when we ask such questions, let’s see what we have in hand,” said Stenyakina.

The audience burst into applause, and the employee of the orphanage and failed to explain that the iPhone gave her for obtaining a second higher education.

To 00:00 on July 10, the petition was signed by more than 4,000 people. Note that in case the petition on the website the ROI will sign 100,000 people, Federal authorities will be obliged to consider it.

How to play poker online on iPhone, iPad and iPod touch

Apple products are mostly associated as a means of comfort and luxury. It’s a well known fact. Interesting, and wonder if someday the iPhone and iPad that gadgets allow not only to use standard and accepted functions, but also to earn? And it’s not just about calls, or all sorts of mobile applications where users […]

Scientists of physical faculty of Moscow state University are working on a quantum phone, providing direct quantum channel for the exchange of information between subscribers. The device will be fully protected against potential eavesdropping. Russian physicists claim that quantum technologies allow to create absolutely protected from possible interceptions of the phone. “The practical value consists […]