We are glad to share our impressions after meeting the new vivo Y20. The smartphone is one of the mainstream and affordable models: it is not a super-simple phone, but not a fancy "average", but a balanced economical option.

Large screen with a cutout

The front camera is located exactly in the center, there is a small cutout for it. If in the top vivo models this design idea has already been abandoned, then in more affordable smartphones the old trend is still found. 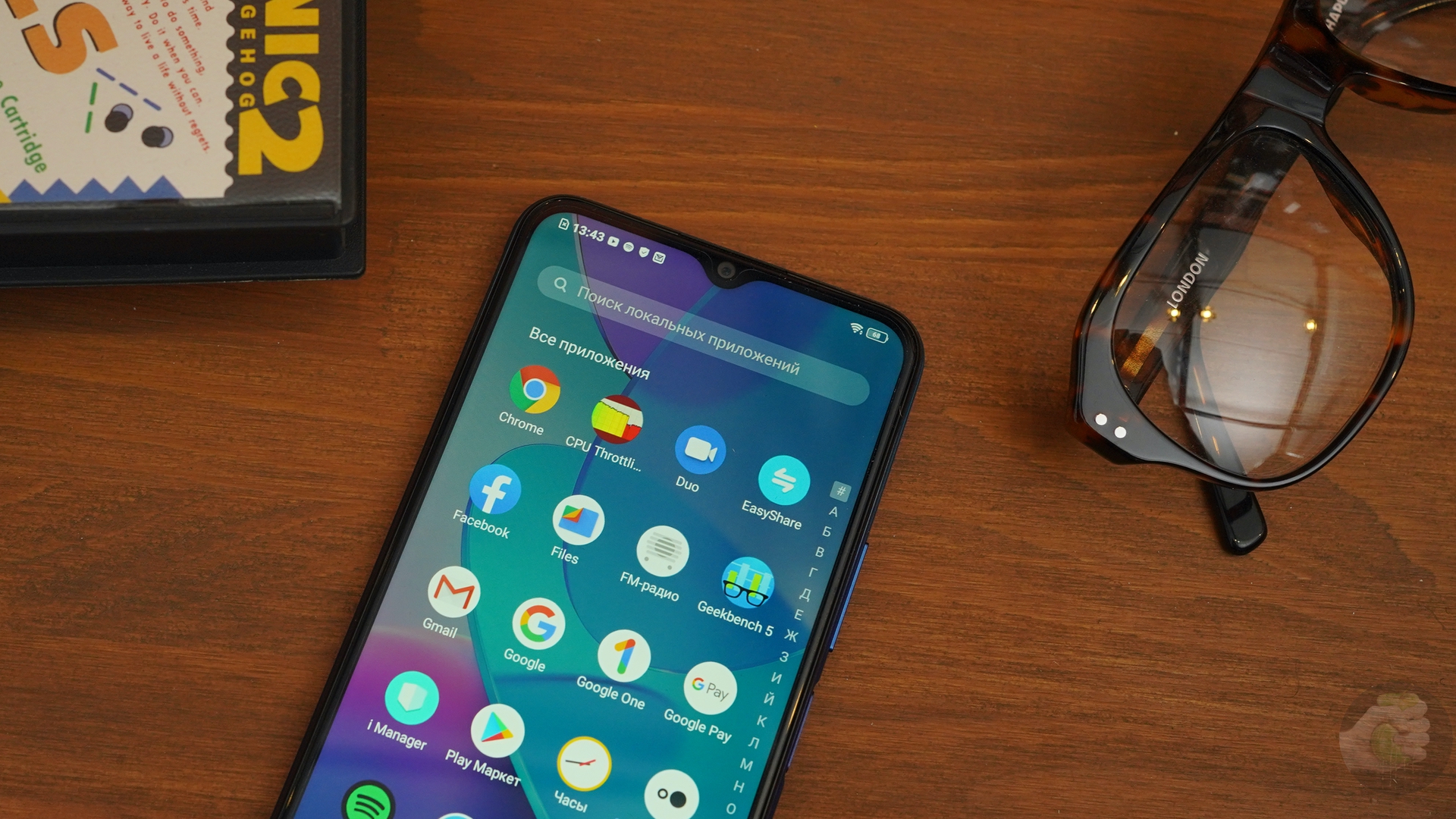 The display has a good margin of brightness – so far it is sunny outside and even in the last days of September it is hot in Moscow. Therefore, we managed to test the behavior of the phone under the sun: everything is in order. 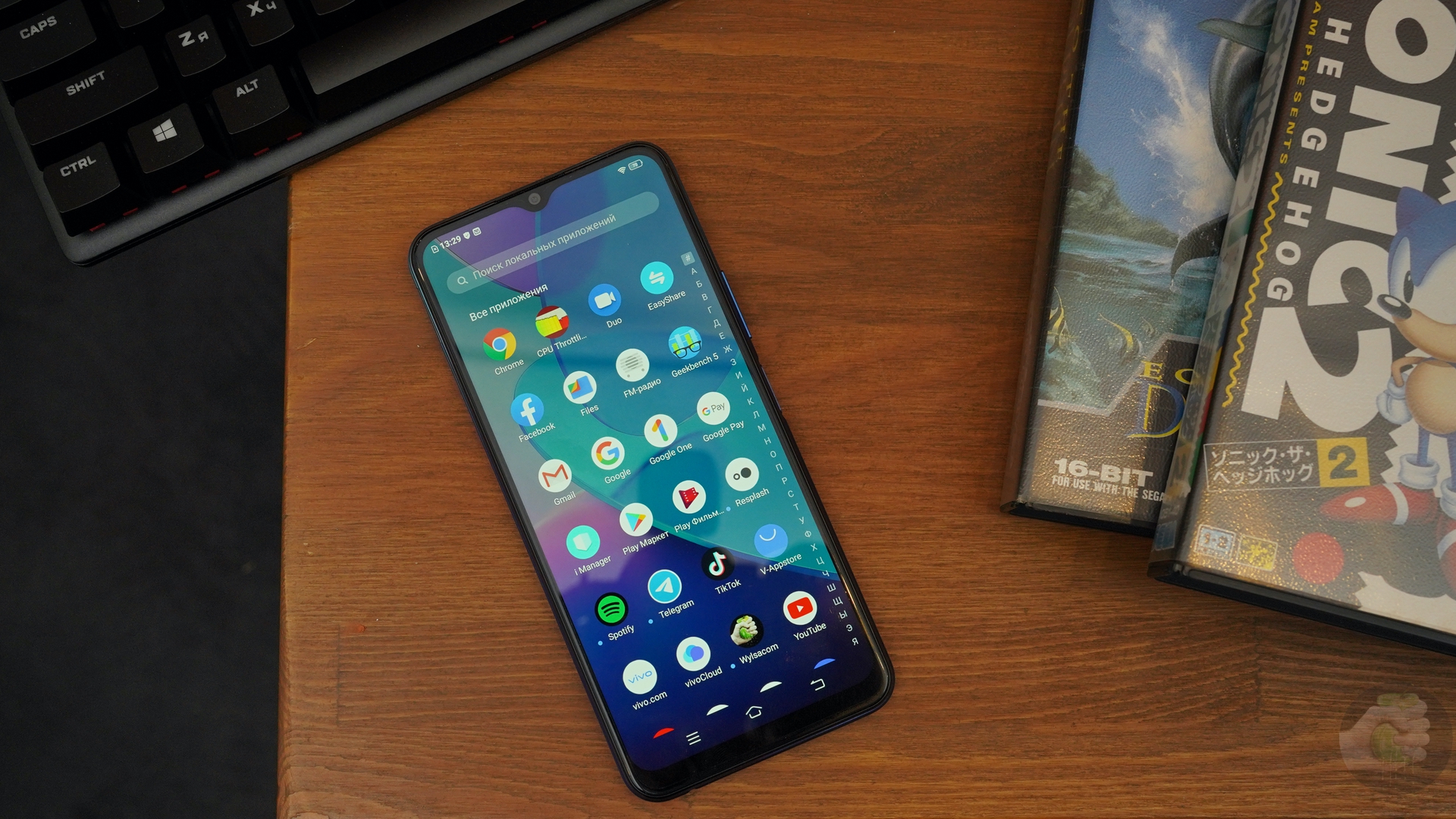 A factory film is glued on top of the screen. It will not save you from drops and bumps, but it will protect you from small scratches that appear after the phone is in the same pocket with the keys. You can also use the complete case to protect your phone. If you drop it with the screen down, then the protruding sides of the silicone case will be the first to hit. 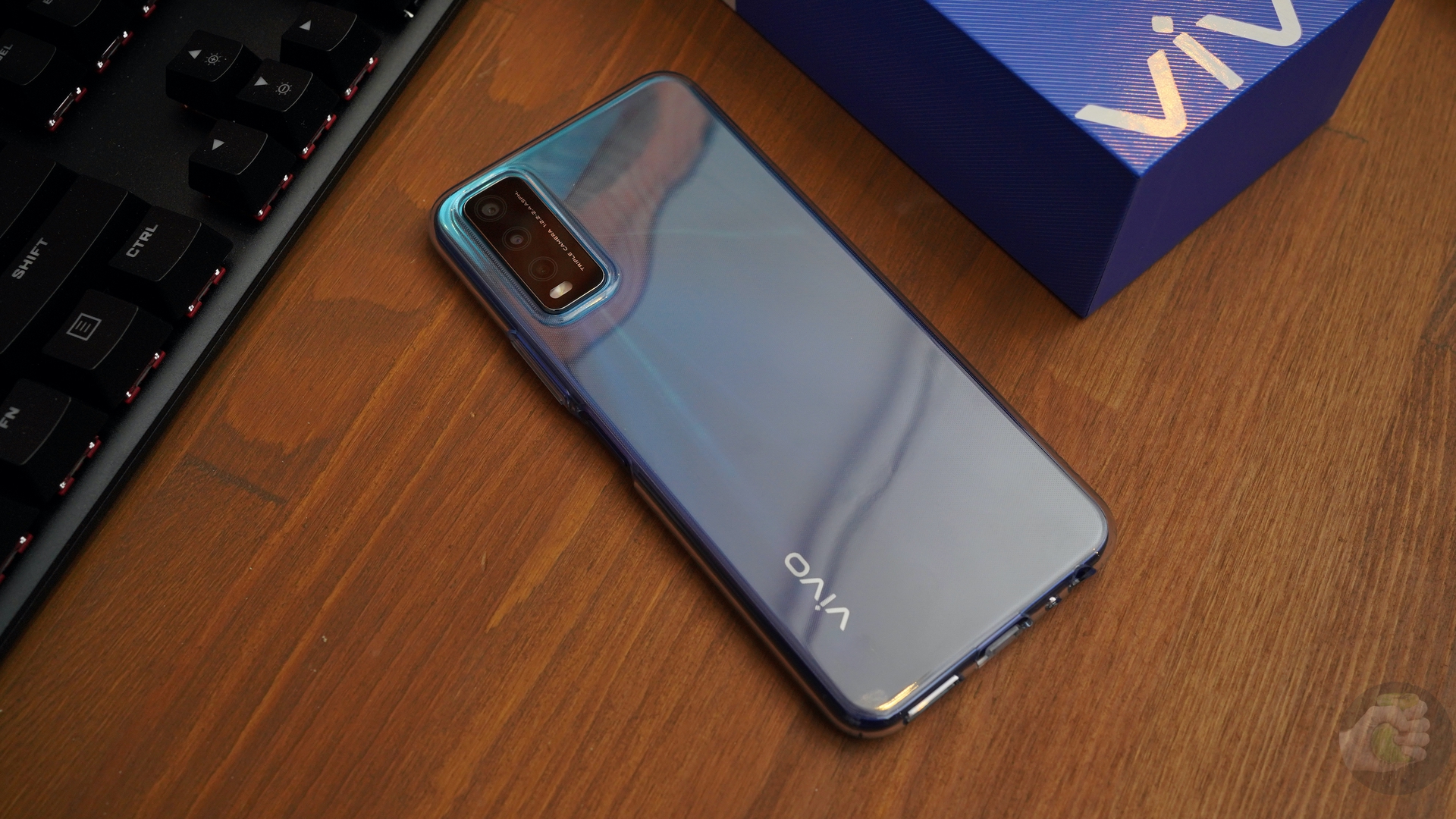 6.51 inches diagonal is a lot, the phone is large. But where to find a small phone? That's right, there are no such ones left and vivo Y20 simply follows the general trend. The screen resolution is not high, 720 × 1600 pixels, the grain is noticeable without much effort if you bring the phone close to your eyes. At the same time, this is an entry-level device, who needs a better picture, can pay extra and take the famous vivo X50. 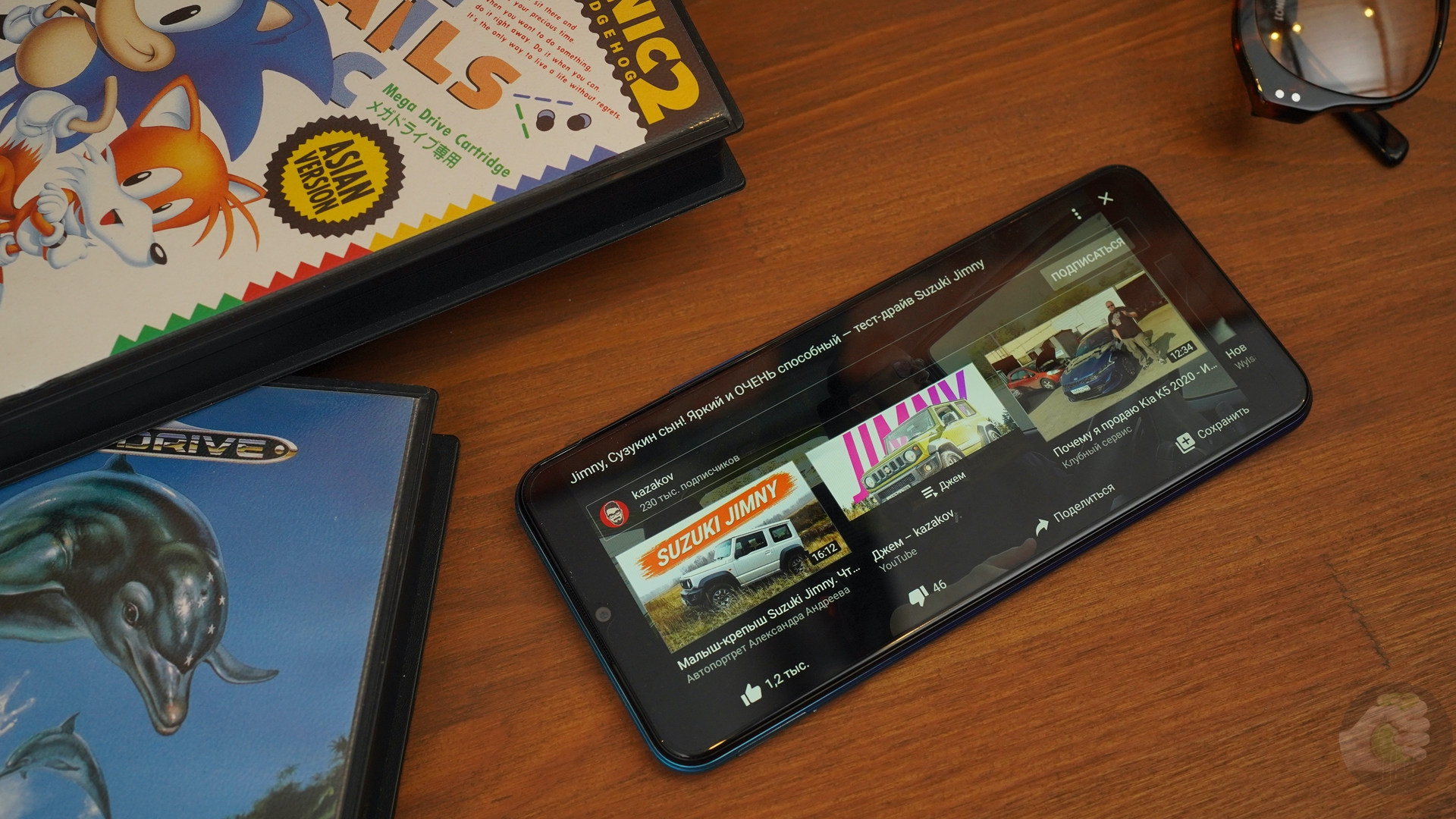 Large battery in a large case

The body is completely plastic, its bright, but easily soiled back surface is distinguished by an elegant gradient color. In addition to the blue version, there will also be a black phone. 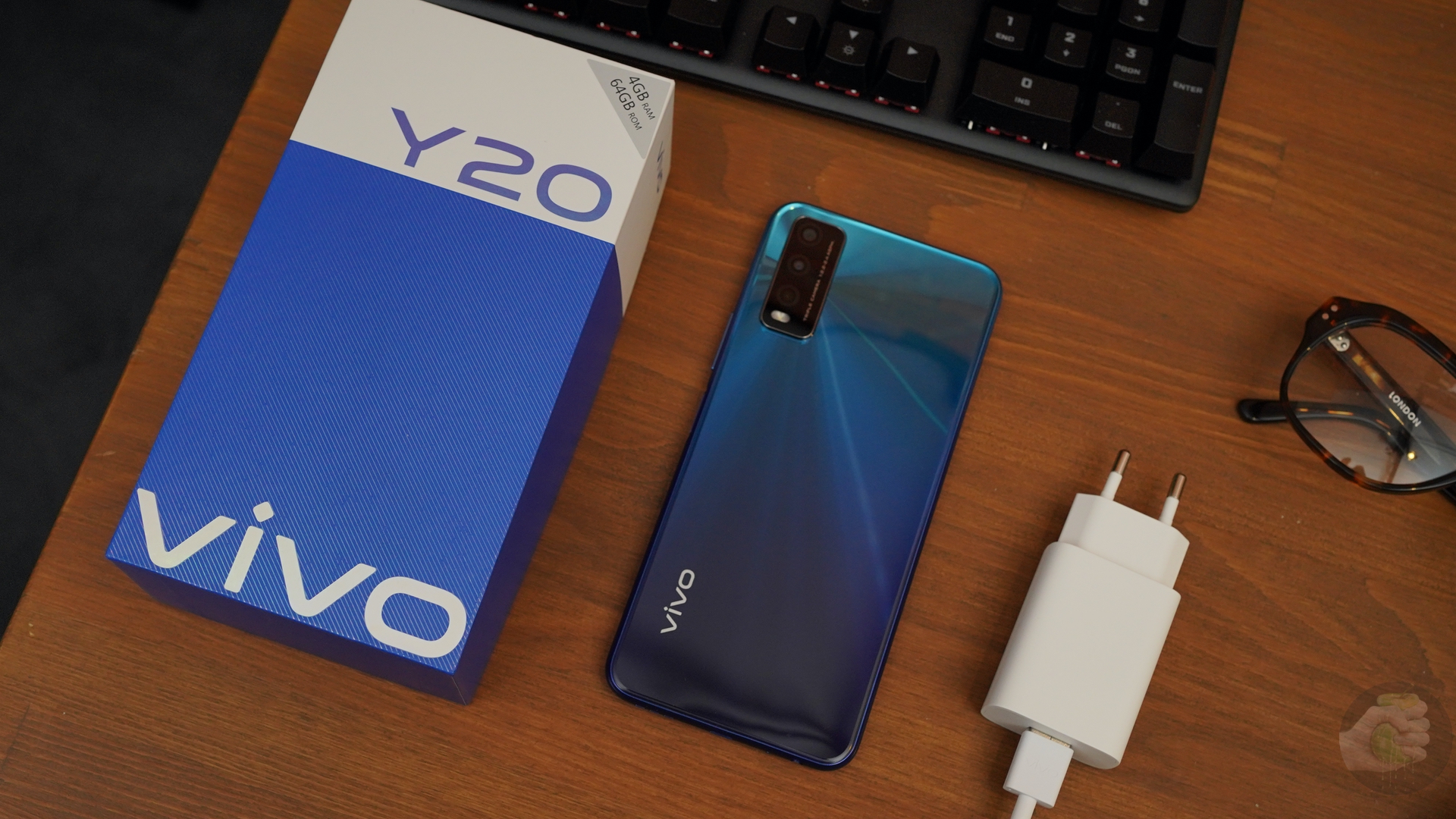 The phone is quite large and moderately well-fed, but there is a logical explanation for this: vivo Y20 received a battery of increased capacity, and this is a definite plus.

Read also:   "Chinese Apple" has shown a smartphone with a flexible screen [photo] 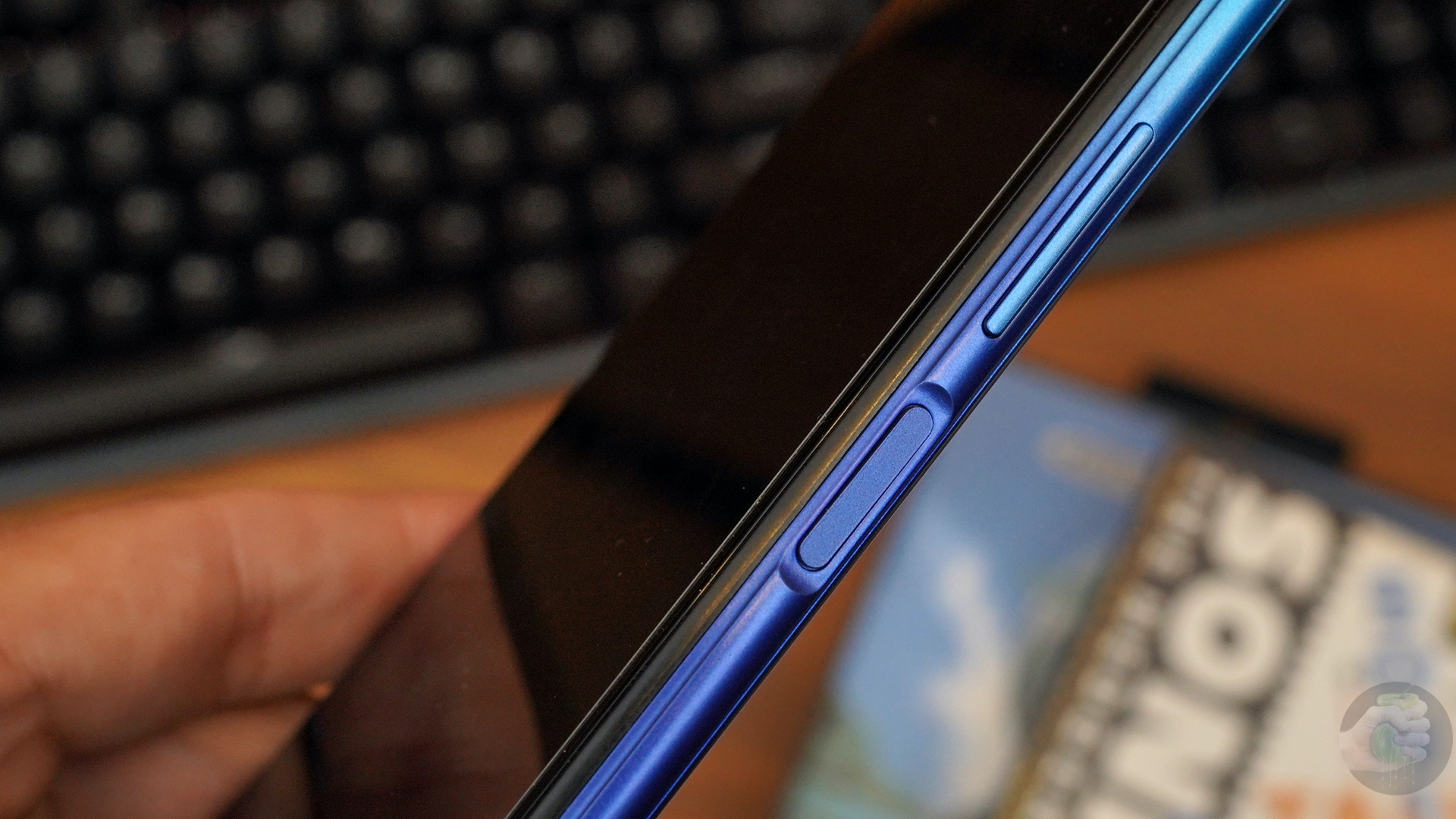 In the smartphone, the fingerprint scanner is located on the right side, it is inscribed in the power button. The response speed is excellent, there are no errors, the sensor responds very quickly. I am right-handed, it was convenient for me to use the phone, but left-handed people should try before buying. Although in any case, you can activate face unlock through the front camera, although this is not the safest way.

You won't have to charge the phone every day, it can easily withstand a couple of days of active use, or even until the evening of the third day in a row it can survive. The battery has a solid 5000 mAh and comes with a 10W charger. There is no fast charging, and it takes three hours to fully recharge from 0 to 100%. Under load like mobile "tanks" the phone sits down by 8-10% in an hour, while the screen brightness is at the level of 70%. 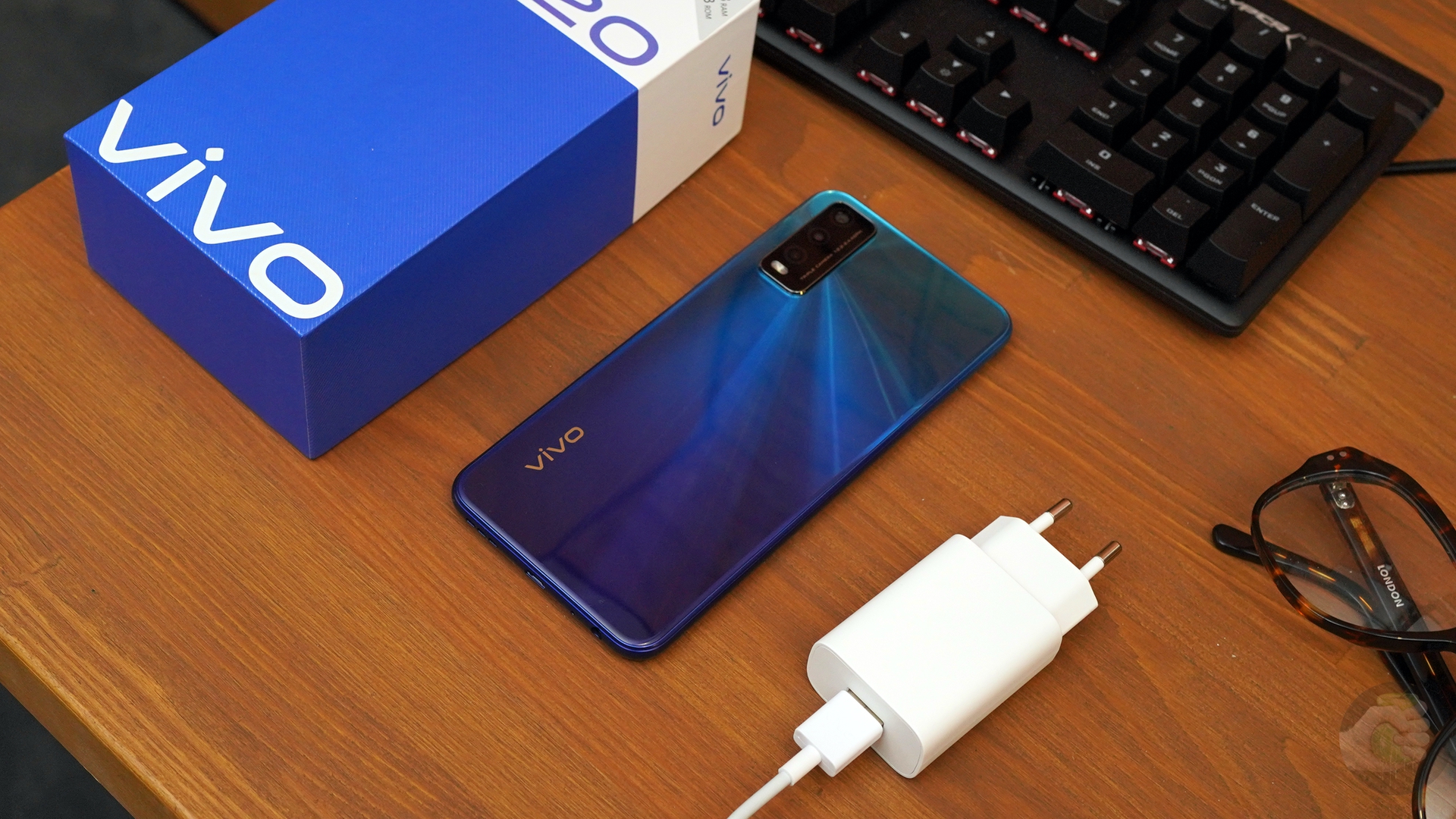 For me personally, using the micro-USB connector in phones at the end of 2020 is a real pain. At the same time, for buyers, judging by communication with friends, this is not a particular problem, on the contrary, in the comments on the Internet it is said that not everyone needs Type-C. 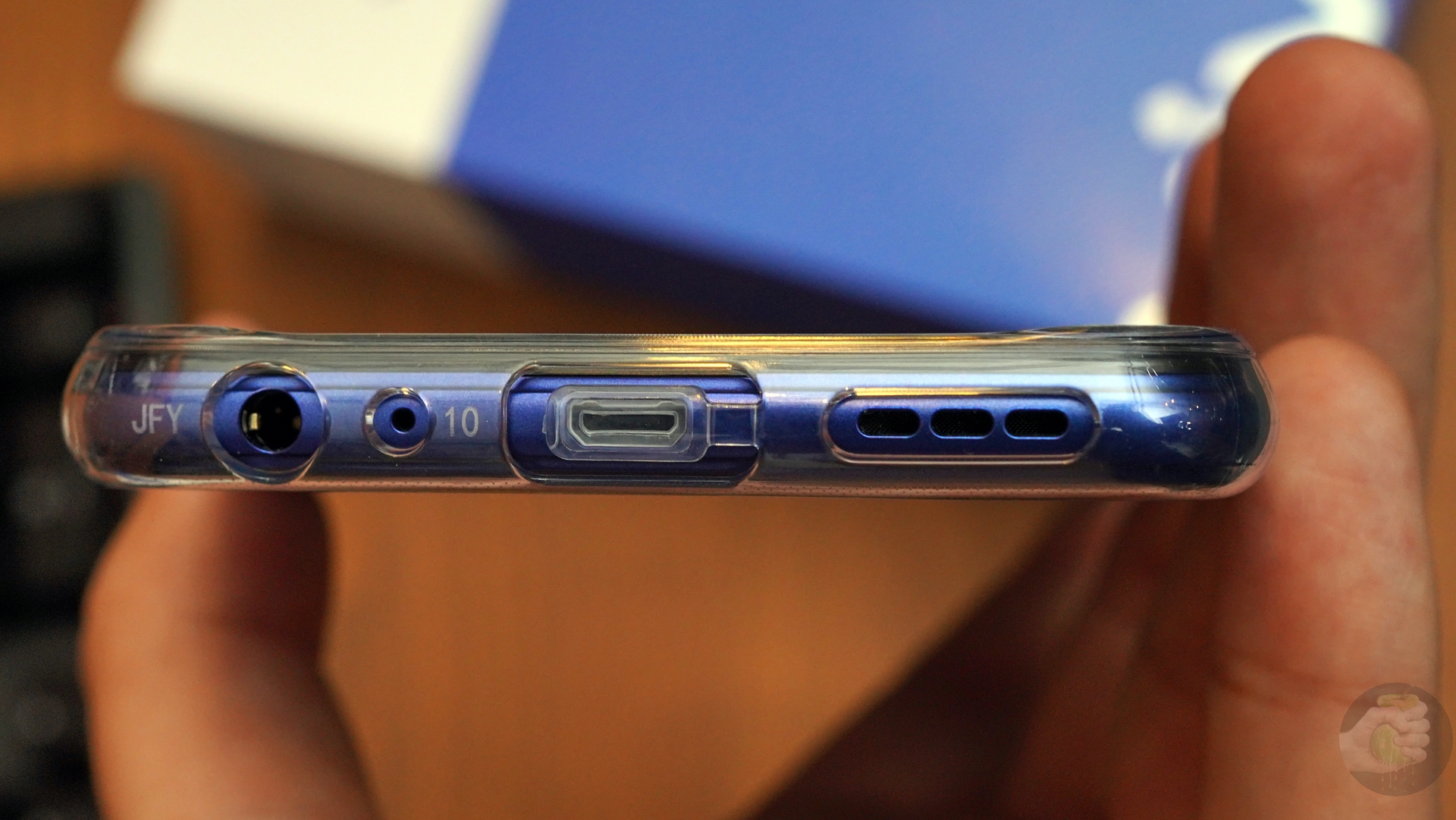 For some reason, buyers don't like phones with one camera, and if so, manufacturers are trying to add as many modules as possible. So the new vivo Y20 received a triple system.

It has a 13 megapixel main camera and a couple of 2 megapixel auxiliary cameras: one for measuring the depth of the frame when shooting portraits, the other for macro. As for me, all these operations can be performed by a single camera using software, but we will proceed from what is. 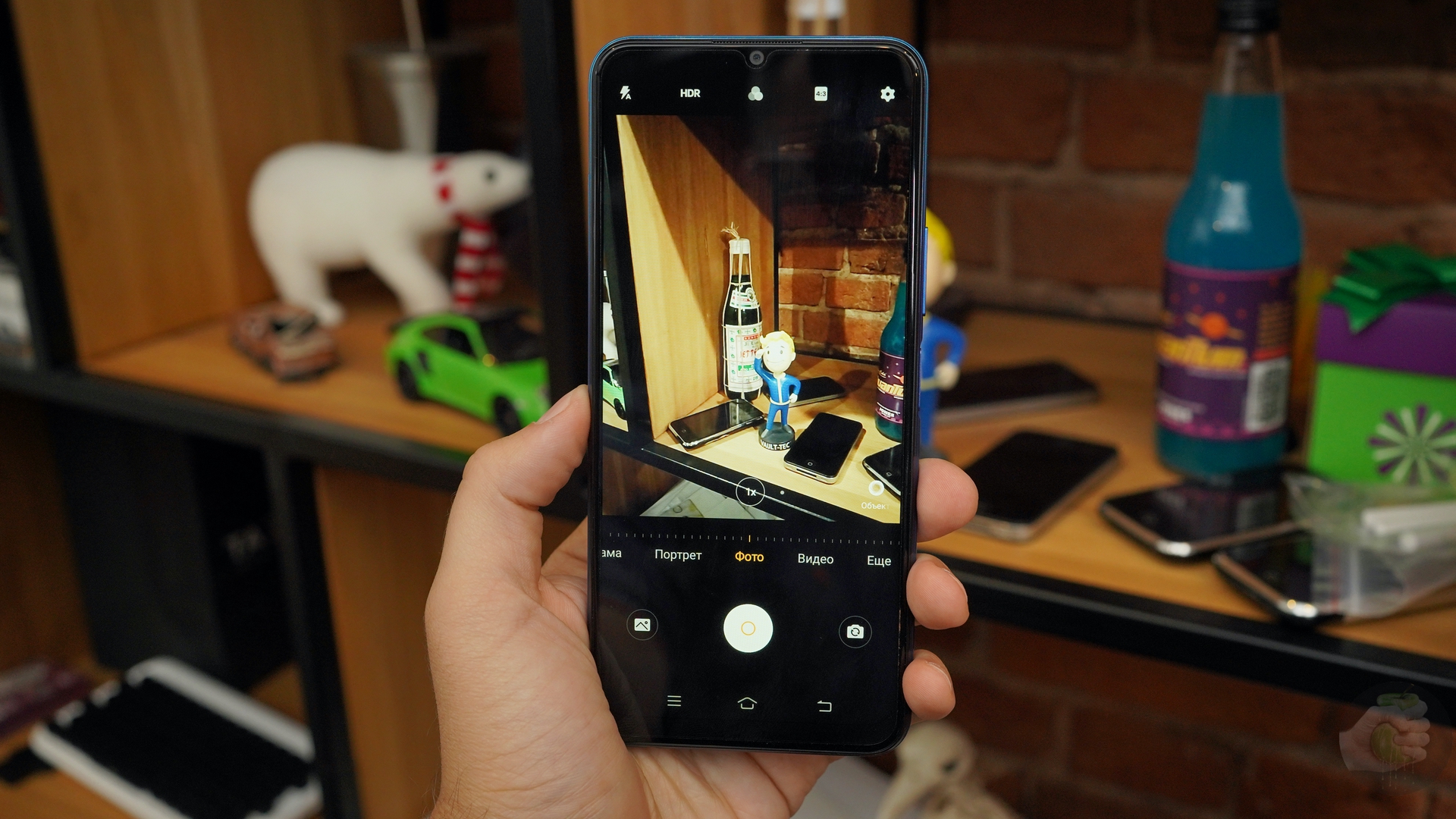 Read also:   The installer was sentenced to 14 years in prison for trying to steal a domain 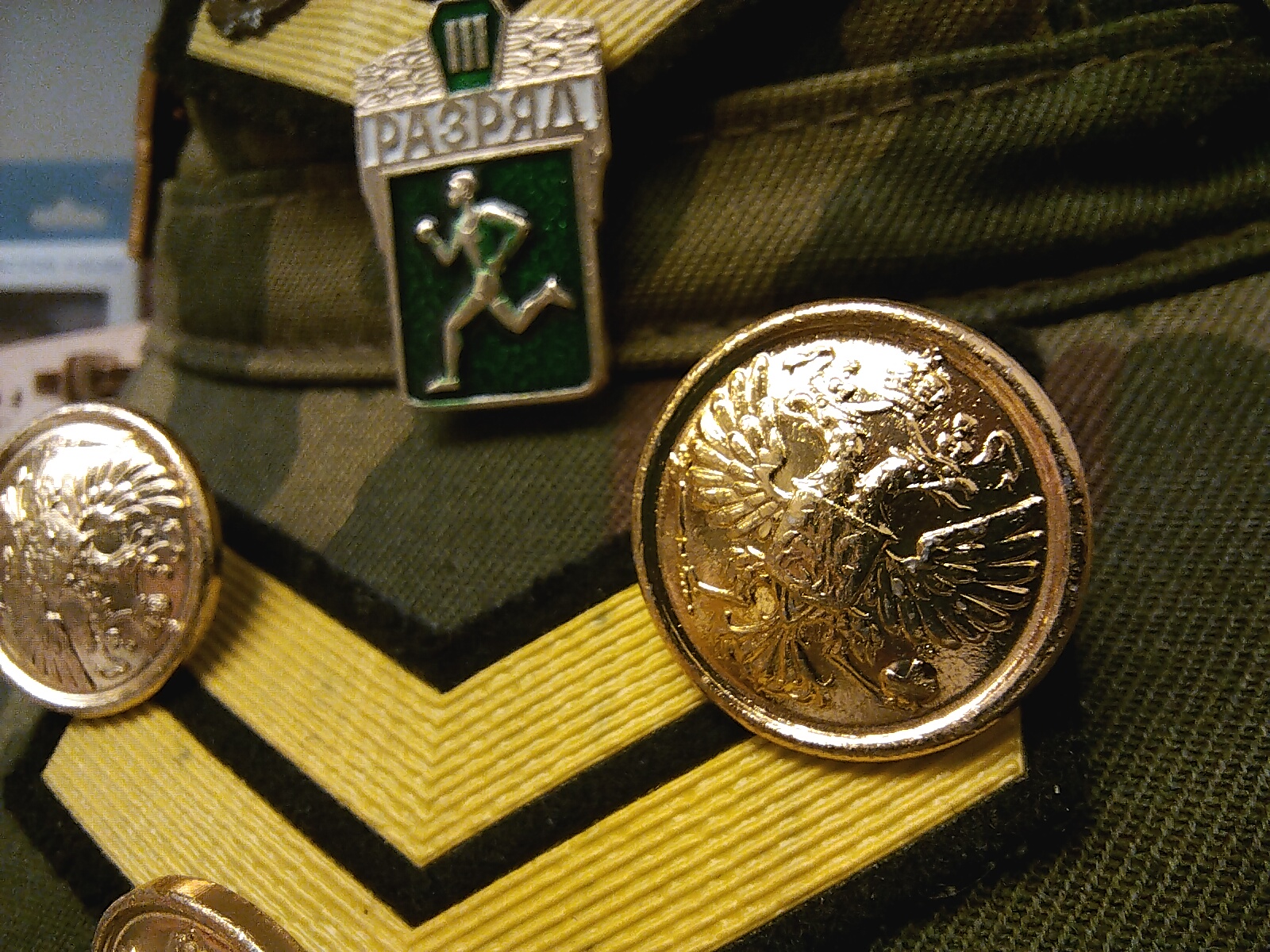 The front camera is 8 megapixels, it records video at 1080p and 30 frames per second, and also knows how to blur the background when shooting portraits. This is a regular selfie without a portrait effect: 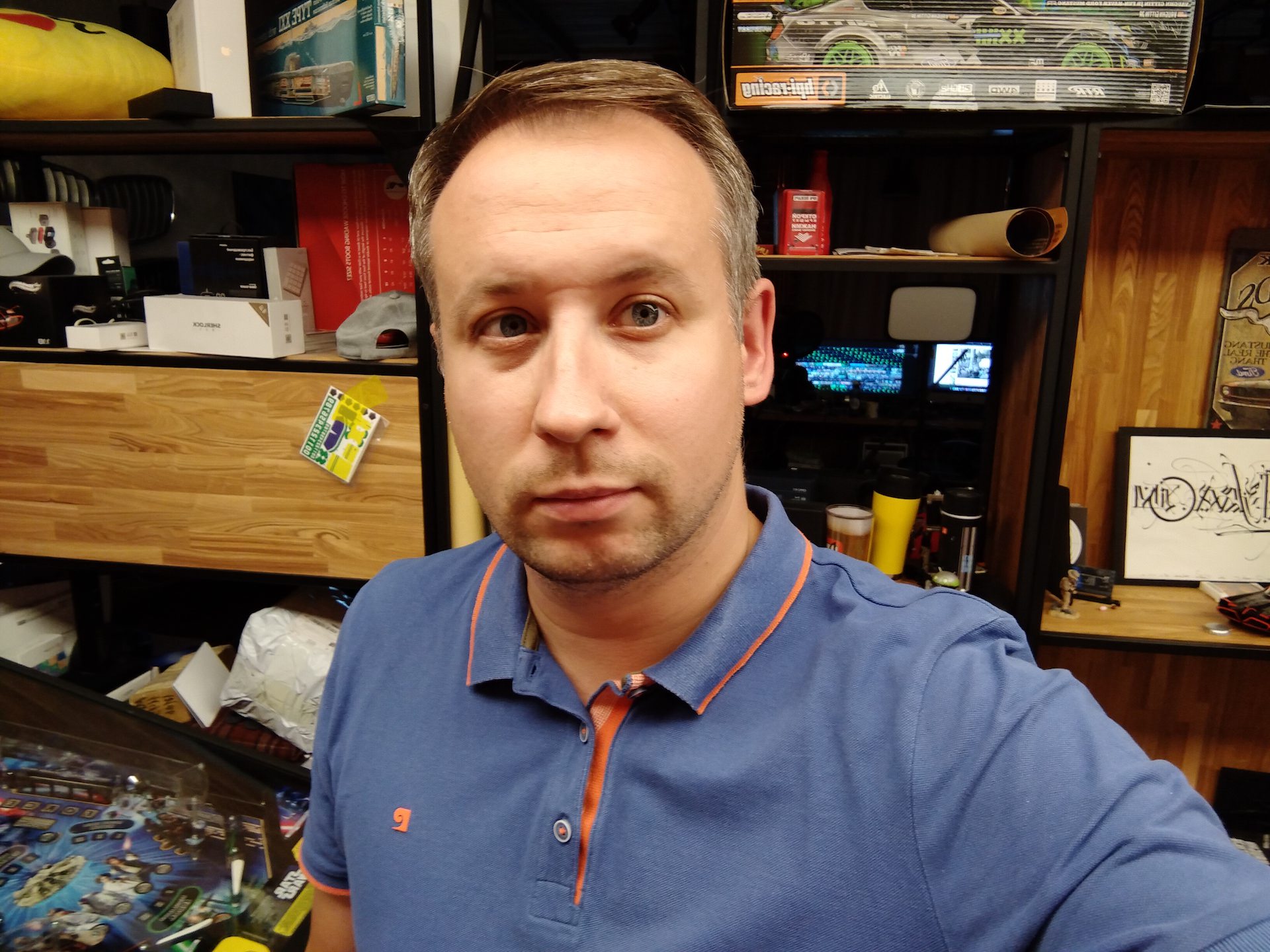 Snapshot with the main camera indoors: 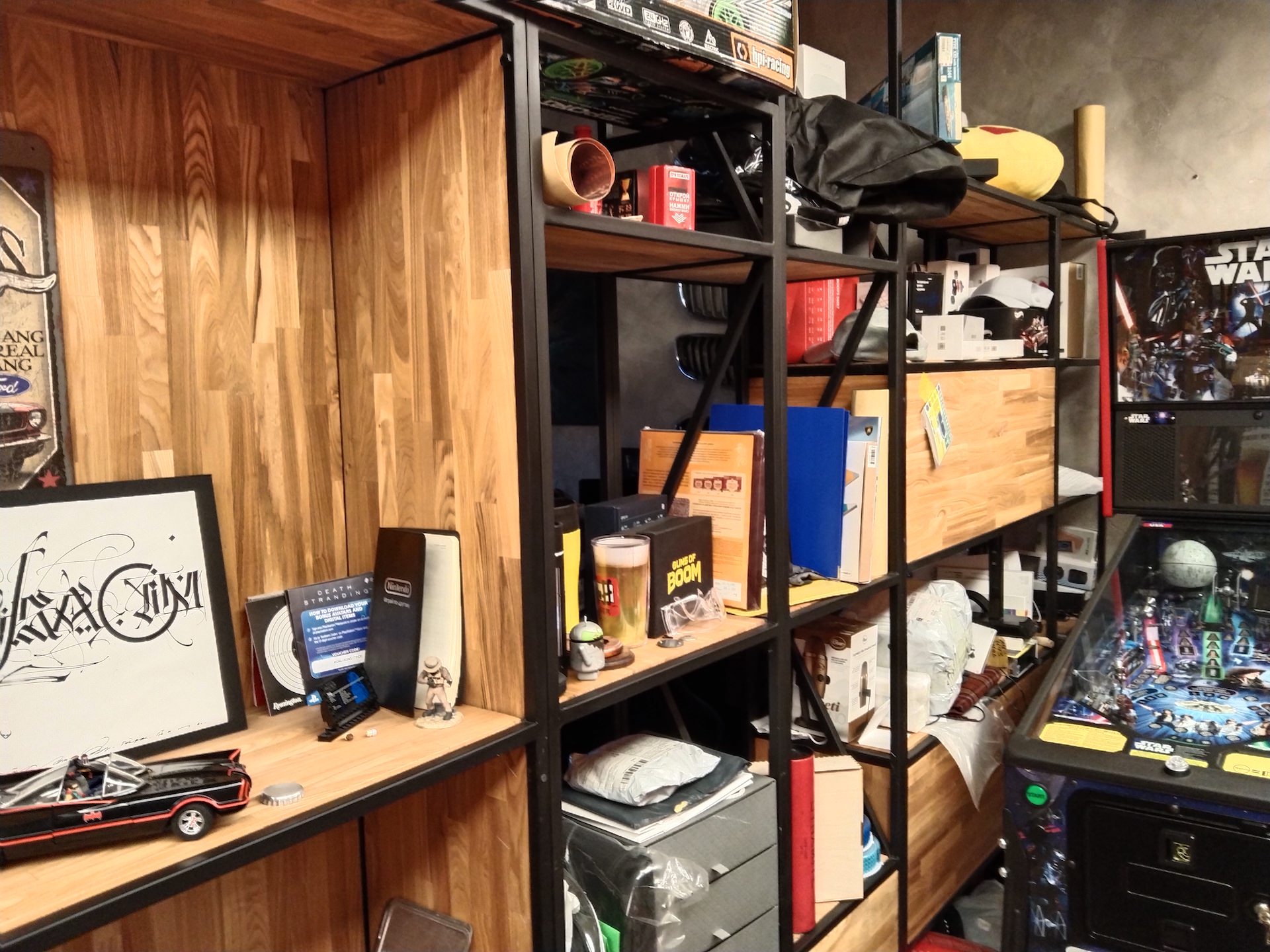 And on the street in cloudy weather: 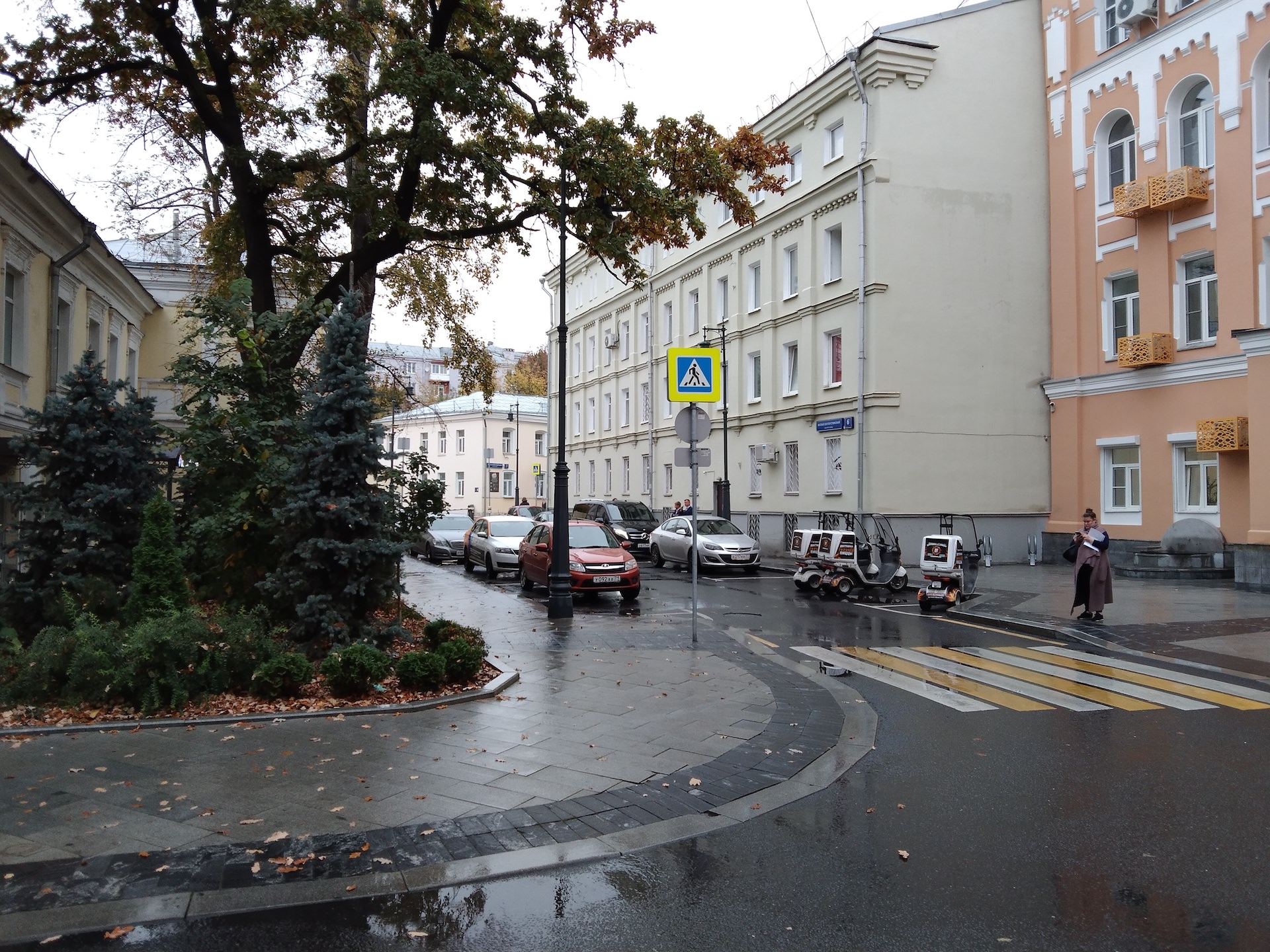 Additional options for the main camera include support for HDR and portrait shooting, manual mode with histogram output, time-lapse and slow-motion shooting, as well as “live photo” – an analogue of GIF animation.

There is no point in commenting on the quality of the pictures: since the smartphone is simple, then the frames are best obtained in bright light.

There are no special features for video recording, by which I mean the presence of stabilization. There is neither optical nor digital, so it is better to hold the phone confidently and avoid shaking.

The phone belongs to the line of simple smartphones, so the vivo Y20 received a Qualcomm Snapdragon 460 processor, 4 GB of RAM and 64 GB of internal memory. It has a separate memory card tray, and two SIM card slots are located side by side. 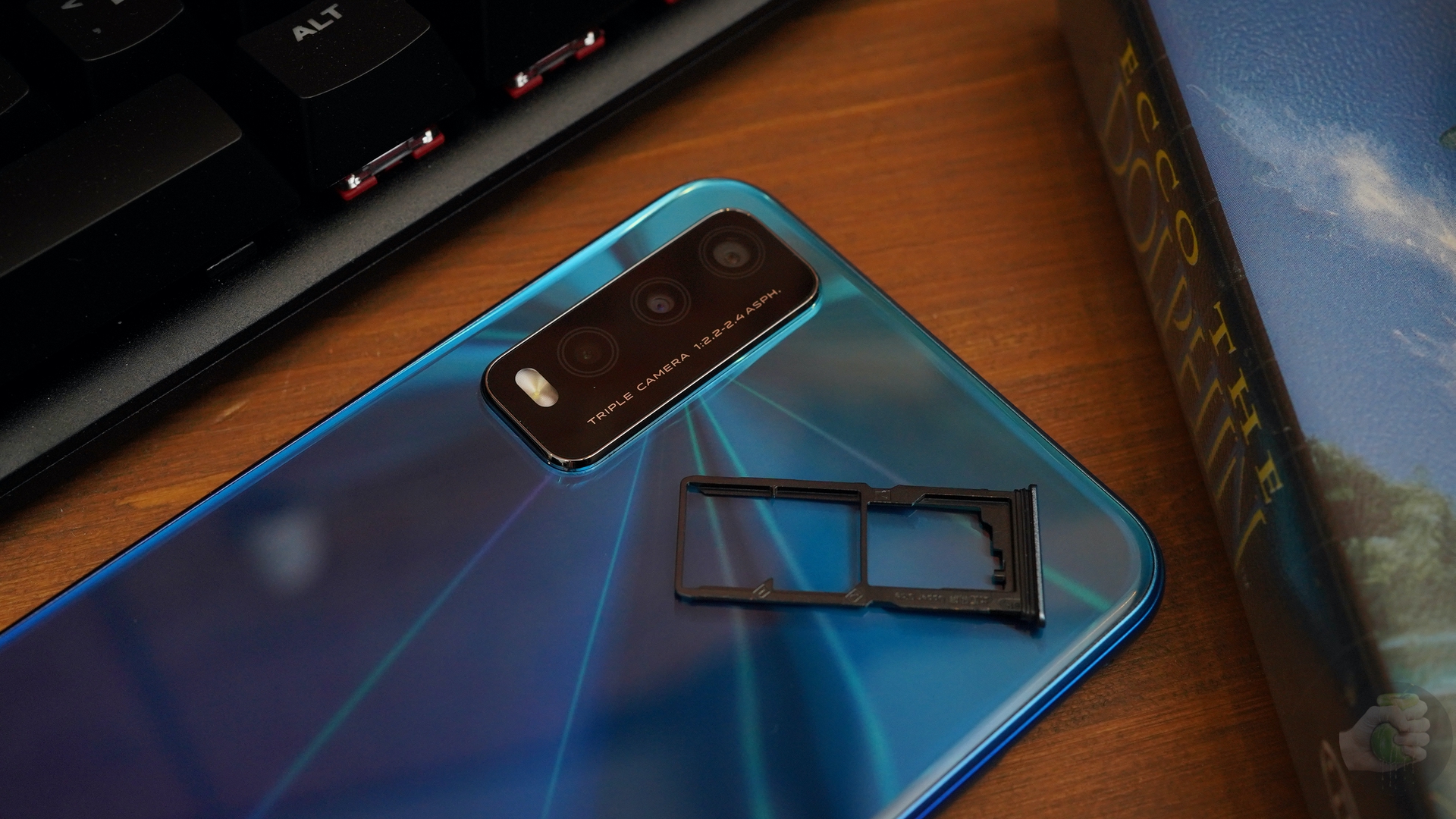 The processor is one of the fresh developments of Qualcomm processors, it was presented in early 2020, but then the coronavirus disaster began. Deliveries of chips were delayed, but by the fall the situation improved, new items are on sale. Here vivo Y20 is just one of these smartphones.

If we run synthetic tests, we get the results that are usual for an inexpensive smartphone. For example, in AnTuTu vivo Y20 knocks out almost 150 thousand points, a common figure. If you run several cycles of throttling tests, you notice how the processor sags, the indicators drop by 20%. 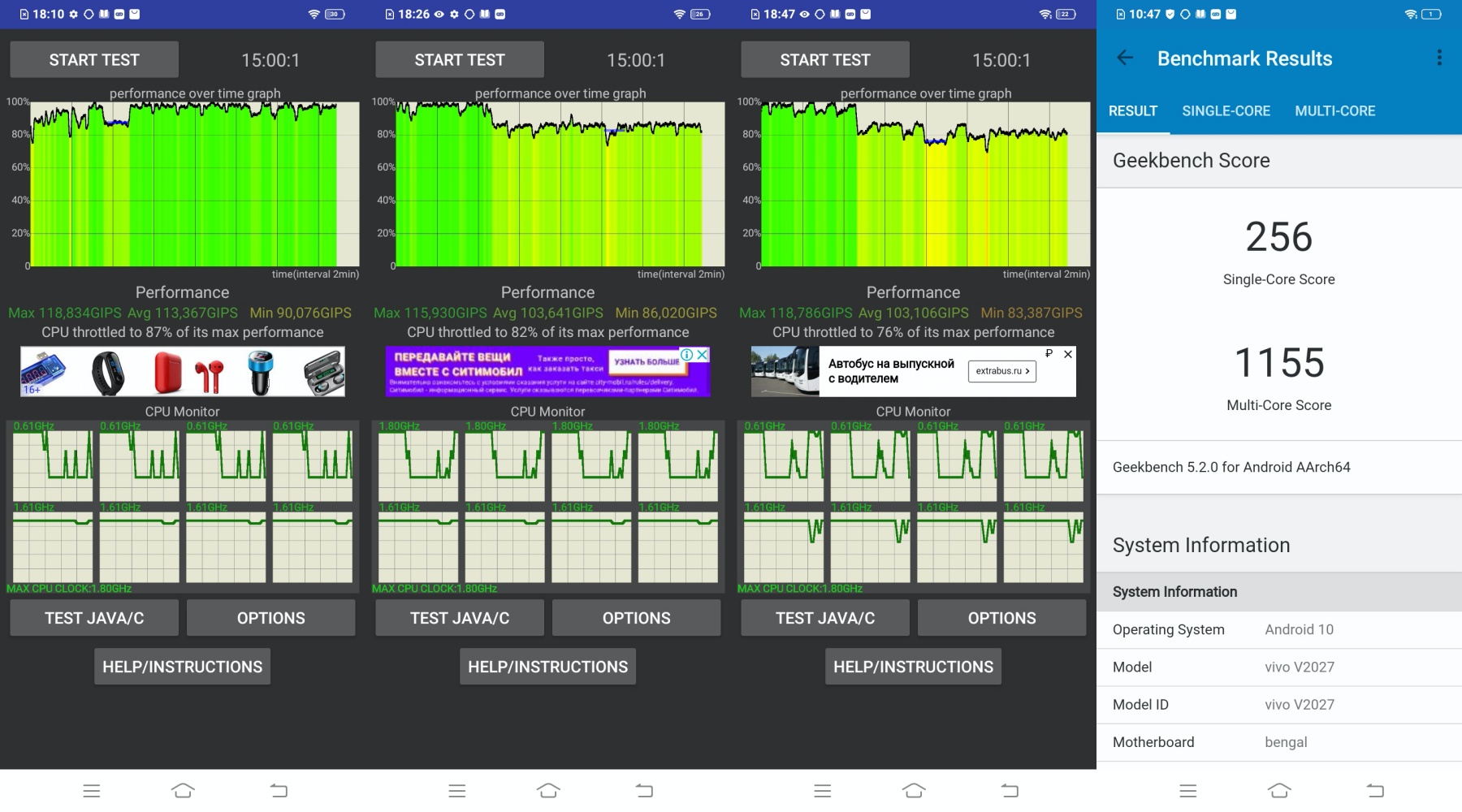 At the same time, you need to understand that this is a simple smartphone, and not a fancy gaming mega-device and excessive requirements are simply inappropriate. But the novelty on first impressions is well optimized, the FunTouchOS 10.5 interface works smoothly and without twitching, there are no annoying delays when switching between applications.

Read also:   The Qualcomm Snapdragon 820 and Apple A9 compared performance in benchmark GFXBench

The phone has a mono speaker, but as is usually the case, it is easy to block it with your palm when you hold your smartphone in front of you and watch a video on it. The jack for the usual wired headphones with a 3.5 mm "jack" is located at the bottom, there is no headset in the kit.

In terms of communications, everything is in order: Wi-Fi with support for 2.4 and 5 GHz, Bluetooth 5.0 and NFC for contactless payments, a full package.

If you manage to buy a smartphone for a promotion, then in this case, keep within 12,490 rubles. Is it a lot or a little? For comparison, the Redmi 9 costs 13,990 rubles, but it can also be found cheaper at discounts.

Xiaomi Redmi 9 review: budget employee by all the rules

The mainstream smartphone is an affordable smartphone, and the new vivo Y20 is just that. It has a fresh processor, enough memory and NFC support, it works for a long time and looks good. There are many competitors in the phones, but, perhaps, it is the vivo Y20's sparkling gloss case that will make the most lasting impression.

This week Apple has without fanfare unveiled a new model in the line of flagship smartphones. iPhone 7 in the performance of (PRODUCT)RED Special Edition have not been changed as part of the characteristics, but to a bright red color. The first customers praised the new colors of the iPhone 7, but is dissatisfied with […]

Inspired by the return of the legendary Nokia 3310, Lenovo also decided on a high-profile comeback. CEO Ian Wanting announced that his company will re-release once-popular “clamshell” Motorola RAZR V3. The fashion for vintage has been increasingly captivated by electronics manufacturers, are no exception and China’s Lenovo. Wanting announced plans to revive production of the […]

Yota has introduced a new tariffs after refusal of unlimited Internet

Yota has announced the new tariffs after refusal of unlimited Internet. Now the most affordable package with the included 150 minutes of talk and 5 GB of Internet traffic per month is 400 rubles in Moscow and the Moscow region and from 250 rubles — in other regions. The most expensive package line will cost […]