Operating system iOS 9 has allowed iPad owners to use multiwindow mode Split View, providing the opportunity to work with two applications. There are suggestions that in one of the following OS versions will have more advanced multitasking in the style of OS X. At least, so says developer Steven Trenton-Smith. 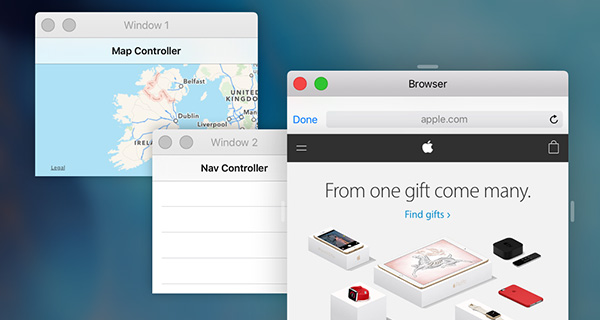 According to the programmer, he managed to include in the operating system “full multitasking”. In accordance with this mode of operation, the device with the Apple on the body can display several Windows applications. Optionally, the user can display additional tasks – browser, maps, or notes, to move Windows across the screen to open them in full size. In a similar way multitasking works on Mac computers. 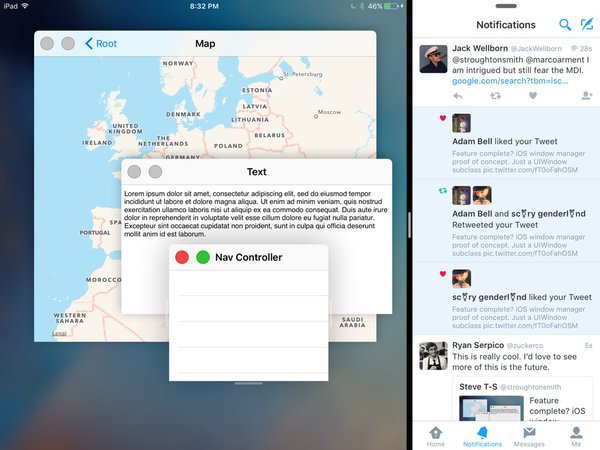 Each window has two buttons – close and explode near the borders – indicators, by pulling which you can change the size at its discretion. Running applications remain active, for example when watching YouTube clips don’t stop, you can hear the sound and work with music. There is an opportunity at any time to switch from one window to another and receive an instant response.

Will the iPad users to enjoy multitasking like this in the future, is still unknown. Perhaps Apple is only testing this mode and he’s never destined to appear on iOS. Owners of jailbroken devices already can use multiwindow mode by using unofficial tools Multify.

READ  How to record phone call on iPhone without jailbreak

The Apple warranty does not cover water damage “waterproof iPhone 7”

One of the most interesting features of the new iPhone 7 and iPhone 7 Plus has become a sealed housing. Information about it appears on the official website of the company, namely the class indicated protection devices. Case iPhone 7 corresponds to the class of IP67 according to IEC 60529. This means that the smartphone […]