Richard Stallman, known for his key role in the creation of the Linux operating system, expressed the view that almost any modern platform can be considered malware, and this applies equally to popular mobile OS and desktop operating systems. 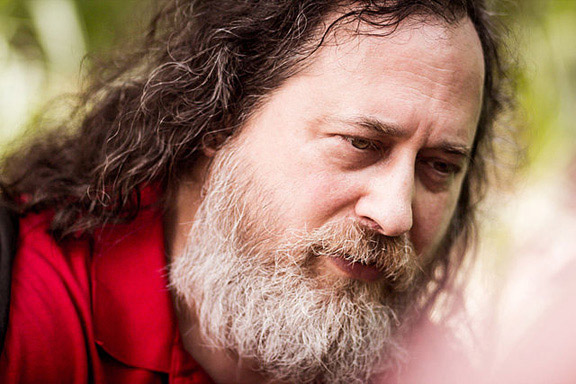 According to an article by Stallman in The Guardian, any software that is not distributed free of charge, should be considered malicious. “The use of proprietary software in the 21st century – losers”, he said.

According to Stallman, all modern operating systems are designed to spy on users and limit their operations by means of technical means of copyright protection. Moreover, they have loopholes which can be used for malicious purposes.

“What is malware? First of all it operating systems, ” he said. – Windows keeps track of users, limits their freedom and censors apps on mobile devices; this OS also has a universal loophole that allows Microsoft to implement remote software changes. Microsoft sabotages Windows users, giving the NSA information about holes in the system to eliminate them”.

“Apple also is malicious: Mac OS X spy and restrict users; iOS spying, limits the freedom of users and has a security hole. Even Android contains malicious code: a backdoor for remote push installation or uninstallation of any application,” said Stallman.

He also said that all paid apps contain malicious code, as they can spy on users and share data with third parties. Likewise, he called malicious and streaming services, as they “don’t allow people to leave a copy of the data that they receive, as well as monitor the habits of watching videos and listening to music users.

“Do you trust the Internet, proprietary software? – he asks a rhetorical question. – Think for yourself!”

“Today it is fashionable to acknowledge the depravity of everything connected with computers, and at the same time to say that resistance is futile. Many claim that could not resist the temptation of high technology for the sake of freedom and personal inviolability. But it’s not as difficult as they describe. We can resist,” concluded Stallman.

The solution, he said, is to move away from software and web services that track and store user actions; support free software which spies on people; in the formulation of legislation that will impose a ban on all new forms of “malware”.

Problems faced by users of iOS 10.2

After six months of testing, and seven beta versions, Apple finally released iOS 10.2. The update was not that significant, but includes a number of important security updates and new features, including more than 100 new Emoji. Unfortunately, the update brought a number of unpleasant bugs. First, in iOS 10.2 present major disruptions faced by […]

Payment system Pay Apple in the future will be able to work with the cards “the World”. This was stated by the President of Sberbank German Gref at the conference “More than teaching: preparing the leaders of the digital world” at the Corporate University of Sberbank. In his speech he said that Sberbank is preparing […]

A few days later after reports surfaced about negotiations between Microsoft and GitHub, the software giant confirmed the purchase of the largest resource for developers for 7.5 billion dollars, writes The Verge. After completion of the transaction, GitHub will be headed by the founder of Xamarin, NAT Friedman. The current GitHub CEO Chris Wanstrath will […]