Experts at the University of California conducted a study during which tried to figure out how criminals monetizing stolen their credit and debit cards. One such method is the fraudulent scheme that is associated with the transhipment of consumer goods from the USA to the countries of Eastern Europe, generally in Russia. Often this is achieved using the Apple products that can be sold much more expensive than its original cost. 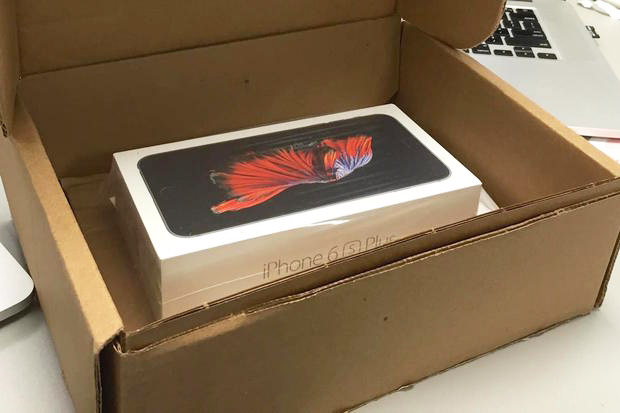 Annually in these schemes are about 1.6 million stolen credit and debit cards, reports Securitylab with reference to expert Brian Krebs. According to experts, every year in this way the attackers will earn at least $1.8 billion.

In addition to fraud, the scheme involved so-called “operator” service transhipment, tasked with recruitment of “mules” – usually the unsuspecting citizens in the US who are interested in home-based work. Their duties include receiving and sending of packets, for which they promise a monthly salary of $2500, which “mules” did not receive.

The data access operator sells the fraudsters who use stolen credit cards to buy expensive goods, and as the addressee of the delivery indicated from the face of the card file operator. As soon as the mule receives a packet, the criminals provide prepaid shipping labels, then the product is sent to the address of the fraudsters, who in turn implement it on the local black market.

One of the key advantages of this scheme is that the expensive goods that are purchased using stolen credit cards – game consoles, smartphones and tablets made by Apple – can be sold in Russia by 30-50% more than their original cost.

The researchers analyzed data from the FBI on the work of seven such services for the transhipment of goods collected over the period from 2010 to 2015. As it turned out, the destination of about 85% of the packets sent on such a scheme, was Moscow or the surrounding areas.

Google in 2017 became the most expensive brand, shifting from the first line of Apple. This is stated on the report of the research company Brand Finance. For 2016 the Google brand rose in price by almost a quarter and reached 109,47 billion. According to analysts, the year the brand value of the search giant […]

What else can you think of using ARKit

Developed by drew castle is not the usual way. The network has a huge number of examples of experiments with ARKit, from jungle to garage to landing the Fa