Samsung has expanded in Russia trade-in program in which owners of Apple smartphones will be able to exchange iPhone on Galaxy flagship devices for a fee. Now the action involves flagship phones Galaxy S6 and Galaxy S6 edge. 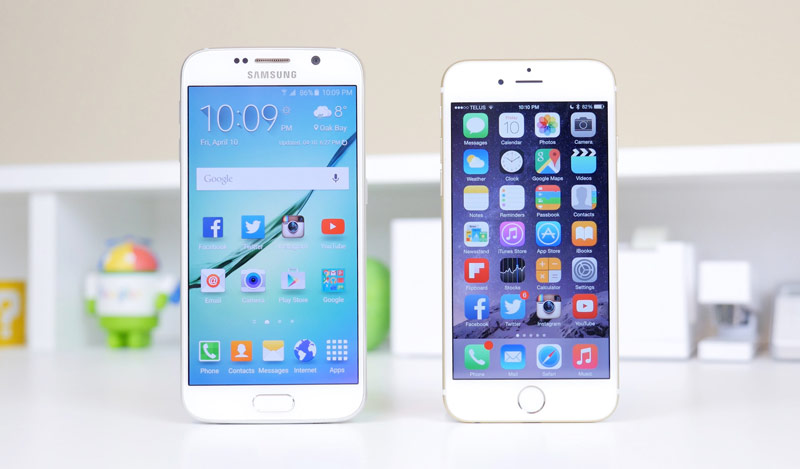 Campaign started at the beginning of the month the South Korean company iPhone owners can convert their devices on the flagship Samsung with a surcharge. On the manufacturer’s website indicated that the campaign applies to the following models: Samsung Galaxy Note II, Galaxy Note 3, Galaxy Note 4, Galaxy Note Edge, Galaxy S4 and Galaxy S5, the Galaxy S6 and Galaxy S6 edge as well as iPhone 5 and iPhone 5s.

Under the terms of the program, if you want to become the owner of a Galaxy S6 edge+ with 32 GB of memory, the smartphone Apple, Samsung will provide a fixed discount in the amount of 10 000 rubles, if you look at the Samsung Galaxy Note 5 with 64 GB – 15 000 rubles. IPhone users should bring units without traces of mechanical damage and no device lock via iCloud.

Such initiatives are part of the strategy of the South Korean manufacturer for the preservation and increase of the share of the mobile market in the face of strong competition and falling sales. The action by Samsung indicates that this promotional campaign is aimed at promotion of the devices Galaxy S6, Galaxy S6 edge+, Galaxy S6 edge and Samsung Galaxy Note5 in the colors “black sapphire”, “platinum dazzling” and “white pearl”. 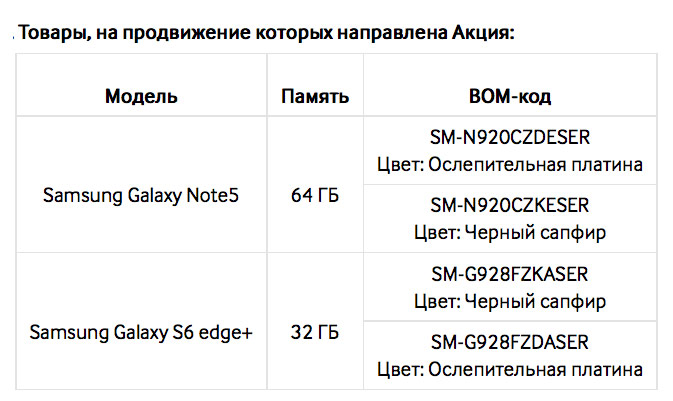 In August this year, Samsung spent marketing the Ultimate Test Drive campaign, in which iPhone owners for $1 was offered to try out the Galaxy S6, Galaxy Note 5 or Galaxy S6 edge. Anyone who after testing was agreed to pass on the Galaxy, got $100 to buy games, music and apps in Google Play. Another $100 was received from Samsung those users who agreed to give up its iPhone trade-in program.

This trade-in is held in the stores Samsung in Moscow, St. Petersburg, Podolsk, Lyubertsy, Orekhovo-Zuyevo and Zelenograd. Dates extended until December 10, 2015.

Apple introduced a camera system TrueDepth on iPhone X. Technology recognized breakthroughs of the year, but many users are still concerned about how secure it is. Together with cameras TrueDepth, the company introduced a scanning system Face ID. She was replacing the Touch ID fingerprint sensor, which is used in iPhone, iPad and MacBook Pro […]

When experts found that the latest iPhone is a weaker battery than the previous flagship of Apple, many users have decided that the

Users of Twitter and Reddit reported that they had encountered problems Siri on iOS 12 Beta 2. Assistant refuses to respond. After activating Siri, nothing happens. The assistant tries to respond to the phrase, but for unknown reasons fails. When Siri analyzes the text, she says, “Just a minute” or “Wait a bit”. She then […]