Wednesday will be a presentation of the new smartphone Meizu Pro 6. On the eve of the event occurred, large quantities of images in good quality, characteristics and test results in the benchmark. 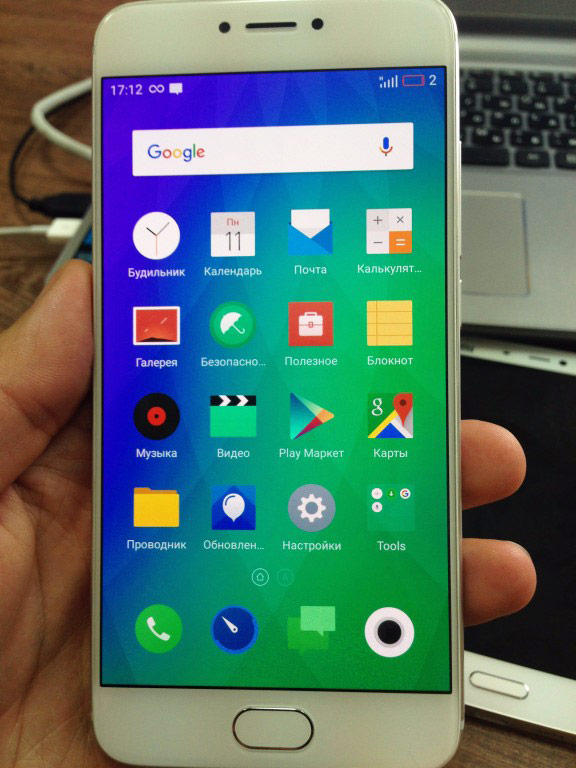 We will remind, in March the Chinese “spy” has published pictures of an unknown smartphone that his whole appearance resembled the iPhone. According to a source, the pictures allegedly was captured future flagship cell phone Apple. Some elements did cause some issues: in particular, there was no Home button, but on the whole did not seem alien to the guidelines of both the California giant.

However, the answer has followed quickly enough. Vice President of Meizu, apparently, thought to compare the smartphones of the Chinese company with the iPhone worthless, and revealed the secret: the pictures really captured Meizu Pro 6. In confirmation it published a photo, which clearly shows the manufacturer’s logo, previously carefully hidden. A top Manager of Meizu has also called the device “the iPhone killer 7”. 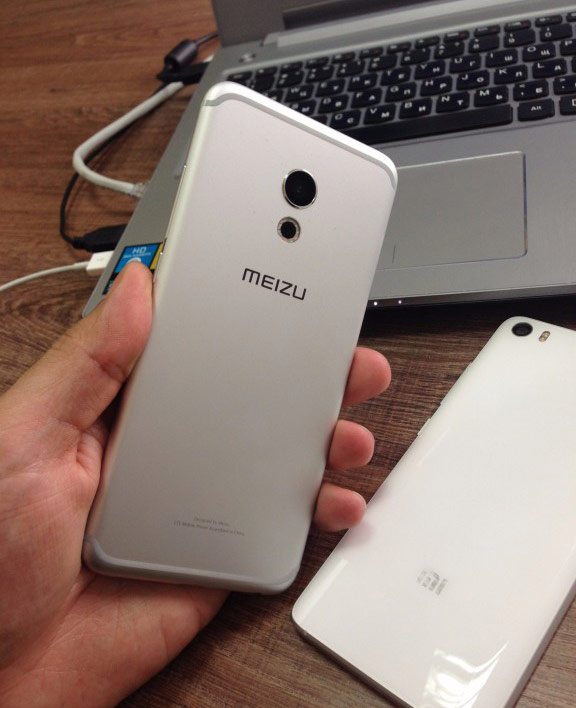 According to preliminary data, the gadget is equipped with a 5.2-inch display Super AMOLED with a resolution of 1920 x 1080 pixels with support for recognition of pressing force, 10-core processor MediaTek Helio X25 on the basis of two processing cores Cortex-A72 processor with a clock frequency of 2.5 GHz, four Cortex-A53 with a frequency up to 2 GHz and four with a frequency up to 1.4 GHz. Responsible for the graphics controller Mali-T880MP4. RAM will be 4 GB, internal — 32 GB.

Basic 21-megapixel camera equipped with ring flash with 10 LEDs and laser autofocus, front facing sensor is characterized by a resolution of 5 megapixels.

The device operates under software control Android 6.0 Marshmallow with the latest version of the original shell Flyme OS. There is a slot for two SIM-cards, but no microSD support. According to rumors, the technology in 3D style Touch only works with native apps is implemented and not as good as on the iPhone 6s and iPhone 6s Plus. 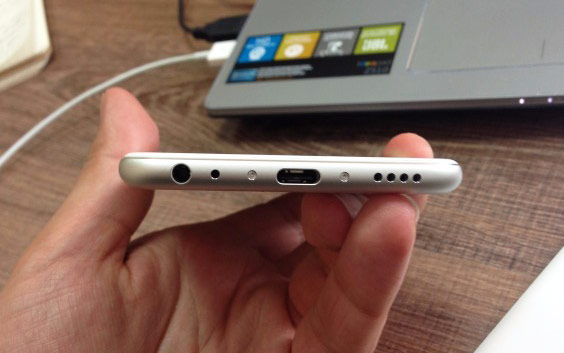 In the test AnTuTu on performance the smartphone managed to score 91 165 points, which shows improvement compared to the predecessor results in 86 322 points. However, Meizu Pro 6 is far behind the iPhone 6s, the result of which 133 781 score.

Analysts: In the next 10 years Apple will abandon the iPhone in favor of virtual reality glasses

In the coming years Apple will actively pursue the development of ar systems for its mobile devices, predicts Piper Jaffray analyst gene Munster. According to him, the company’s attention to the operating system iOS will decline gradually and this platform will eventually recede into the background. Several facts confirm Apple’s interest to technologies of virtual […]

To make an ECG, a person first need to make an appointment, wait your turn, and then still spend a lot of time on visits to the clinic. Agree, not the most convenient option for those who always care about their health or wants to get results quickly. Now imagine that you have a tiny […]

The next stage of the competition the phones can be considered open. On YouTube appeared a video in which compares the performance of the iPhone 7 from Apple. Instead focus on benchmarks, the authors of the video turned on the stopwatch and began to run identical applications on the iPhone 7 and iPhone 6s. That […]