During the announcement of iOS 9, Apple has paid special attention to the issue of security, focusing on strict confidentiality of user data. In the new platform the company has reinforced protection for the iPhone and iPad is now the default password on the lock screen consists of six characters, instead of eight. Perhaps this change may seem insignificant, but in fact the six-digit password makes the system much more resistant to brute force attacks. 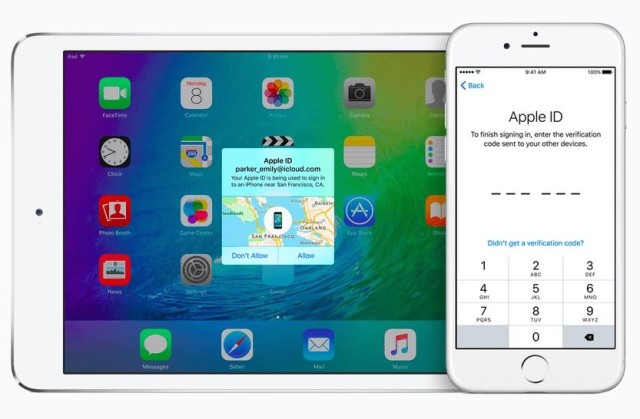 In March experts MDSec told about the “black box” which simulates a PIN code through the USB connection on the iPhone and iPad and consistently produces a selection of options of a password. The gadget allows you to bypass the limitation of the “Delete data after 10 attempts” by connecting directly to a power source iPhone and aggressive de-energizing the device after each failed attempt of entering the PIN code, but before synchronization occurs code with flash memory. Such attacks aimed at hacking, for which the attacker knows the entire sequence of digits from 0000 to 9999.

As stated on the Apple website, change the protection in iOS 9 will not affect those users who could log in, choose the fingerprint scanner Touch ID.

Speaking about the benefits of the new approach to protect users, Apple noted that two additional digits PIN code increase the number of variations of selection from 10 000 to 1 000 000, which will greatly complicate the hackers unauthorized access to user data. In other words, if before the selection of the desired password to the hackers needed a few minutes to 120 hours, now it may take a few weeks.

However, there is always the possibility that an attacker is lucky and the correct password is entered on the first attempt.

Daniel Craig was against Android smartphones in the “007: Spectrum”: James bond enjoys only the best

Director of the film “007: Spectrum” James bond and the starring Daniel Craig were opposed to the emergence of Android-smartphone Samsung and Sony in the movie. This is evidenced by internal corporate correspondence, which was posted online by hackers. The film-makers believed that James bond was not able to use smartphones on Android, because as […]

12-megapixel camera with support for 4K video is one of the strengths of the new flagship iPhone 6s. The smartphone is able to record video with a resolution of 3840 x 2160 pixels. On YouTube appeared a video in the 2160p format, allowing to assess the quality of the recording of the new device. Posted […]