Millions of people suffering from celiac disease, or gluten intolerance, are experiencing that meals at restaurants can contain high amounts of trace protein. Sensor Nima will facilitate the user’s life, by letting using a smartphone to scan any food and beverages for the presence of gluten and other allergic types of foods. 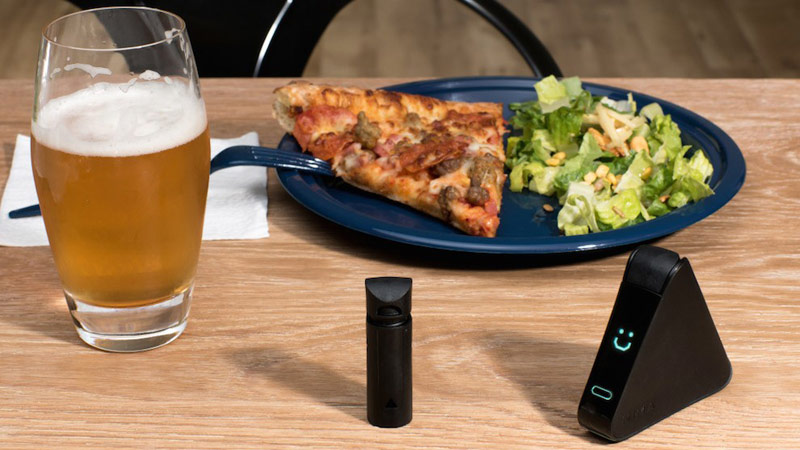 The sample is placed in the device, and antibodies, which are disposable cartridge, begin the search for traces of gluten. If they are found, on the iPhone screen appears a notification. In addition to the output test data the mobile app will allow you to easily share test results with other users to let them know, in which restaurant and which dishes are safe for those who suffer from food allergies or sensitivity to foods.

The design of the instrument will be given again after a few tweaks and changes before its finalized and released to the market, but the device for testing of gluten, reportedly will cost $250.

Shireen Yates, co-founder of 6SensorLabs, who suffers from gluten intolerance, dreams that one day people will be able to dine out and not be afraid for health. The company hopes to apply this same technology to determine the presence in food of other allergens, such as peanuts or dairy products. 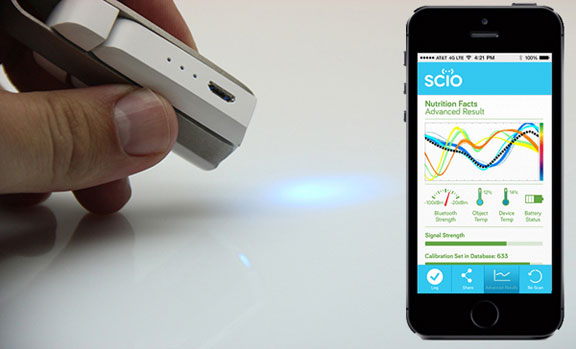 Similar product development and the Israeli company Consumer Physics. Its compact spectrometer SCiO aims to simplify the process of determining the chemical composition of many objects of the surrounding world. Using spectrometry, the gadget performs analysis and provides real-time information about any consumption of foods.

The process is very simple: it is necessary to synchronize the SCiO with a mobile device via Bluetooth, bring to a product, say, to Apple, at a distance of 2-3 cm and press the button. In just a few seconds, SCiO analyzes the actual chemical composition of Apple, sends data to a cloud service that accurately identifies the product and provides information about its nutritional value. The corresponding app can also give information about how the Apple ripened.

In January, Andy Rubin, a former top Manager of Google, who in 2003 founded a start Android, — announced the creation of a new company, which will produce smartphones Essential. According to rumors, the first product of his new startup needs to be the flagship model with a bigger screen from edge to edge, designed […]

According to code iOS 12, Apple still working on iPhone SE 2

In the code of the operating system found the mention of an unknown iPhone features of the iPhone 7. The price of the iPhone has increased significantly in the past year. Apple has released several premium smartphones and forgot about a budget device. The fall is expected to release a more affordable model with a […]

MTS has opened pre-orders for the flagship smartphone Galaxy Note 7, Samsung officially presented in the beginning of the week. The cost of new items will be 64 990 rubles for the device with 64 GB of