On the eve of the start of sales iPhone 6s and iPhone 6s Plus, Apple is preparing to move users on the company’s Android smartphones. Simultaneously with the release of iOS 9 update cupertinos proposed a tool to facilitate this process: to transfer information from mobile devices running Google on the iPhone offers the most convenient way. Utility Move to iOS was the first app for Apple Android. 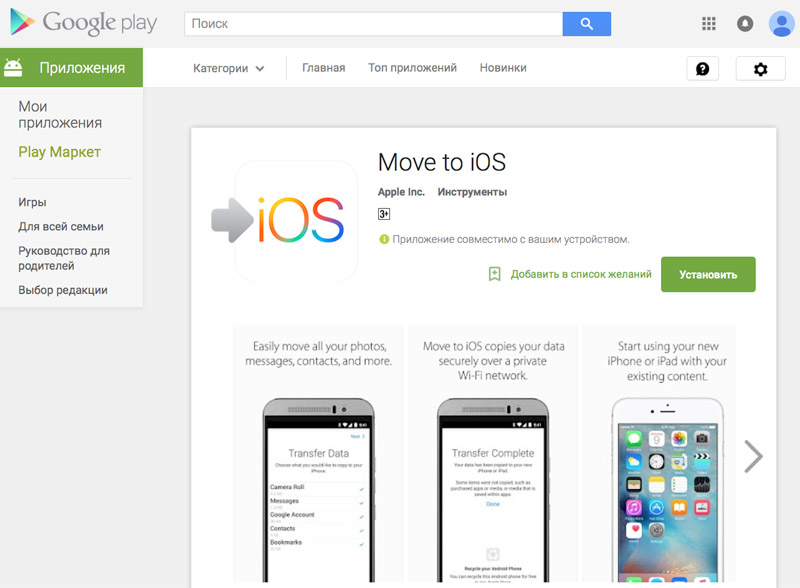 “Just download the app Move to iOS to wirelessly transfer data from your Android device to your gadget with iOS. The program will safely copy your contacts, message history, photos and videos, bookmarks, mail accounts, calendars, Wallpapers, songs and books. In addition, the program will re-recreate the application library. Any free app that you used on Android, for example Facebook and Twitter, will be prompted to download from the App Store. Paid apps will be added to the wish list”, – stated in the program description.

In addition to data transfer Move to iOS is able to analyze your application. The utility automatically checks all the apps on your Android smartphone and finds their analogues in the App Store. If the program is paid, it will simply be added to the “wish List”, where it will be possible to decide that from the variety you should buy and what I can and refuse. 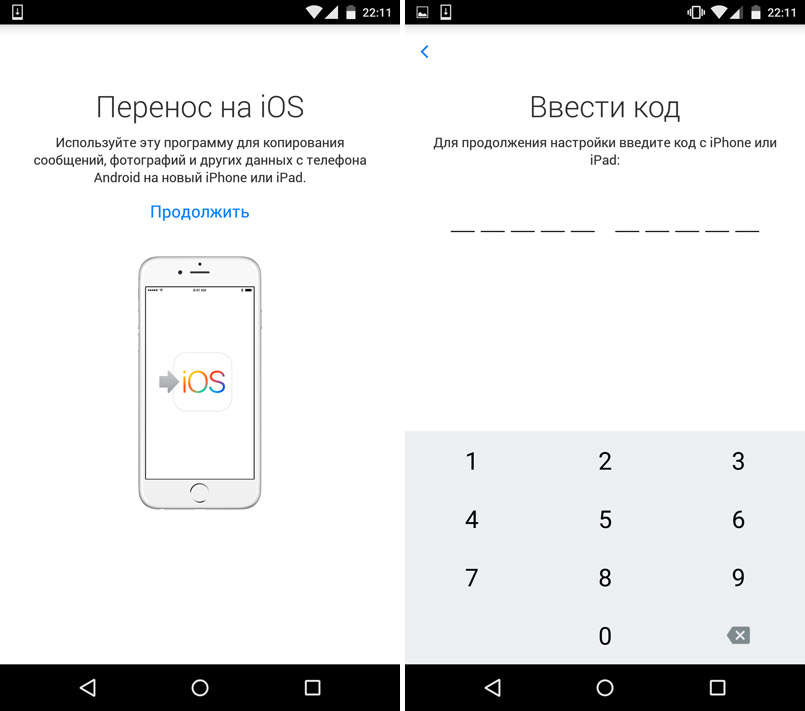 Move to iOS is not the first initiative of Apple, simplifying the transition from the “enemy” system on iOS. Previously, the company described the different ways to move your iPhone contacts, emails, photos and videos to import books into the iBooks app, to transfer documents in Numbers, Pages and Keynote to iCloud, install the desired app from the App Store.

Now Apple has decided to launch a separate utility to migrate from Android to iOS. The decision, however, understandable. Among the users of iPhone 6 and iPhone 6 Plus were many owners “phones”, which get rid of their old devices. 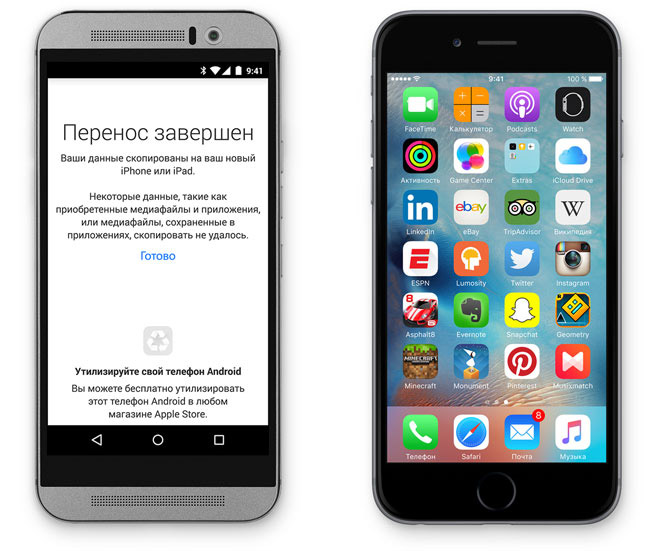 I must say that the creation of software for Android – an unusual step for Apple. So far the company has not supported the software for devices running on Google OS. At the same time, CEO Tim cook has repeatedly noted that they have no prejudice against Android development-if the company deems it necessary.

Download Move to iOS from the online store Google Play. Program size is 2.6 MB, and the minimum version of the operating system – Android 4.0.

Rebels in Turkey coordinated with WhatsApp on iPhone [video]

The Turkish military to coordinate their actions in an armed coup with the help of WhatsApp messenger. On it informs TV channel Ren-TV, who turned out to be a video of one of the organizers of the overthrow. The video captured the correspondence of the military, attempted to dislodge Erdogan from the post of President. […]

Yandex.Drive gives you 32 GB in the cloud for the startup images on the smartphone

Yandex announced the distribution of free 32GB cloud storage Yandex.Disk for owners of mobile devices. The offer is valid for mobile app users of the service for iOS and Android. Users who activate in the official client Yandex.Disk automatically download pictures from a smartphone, will receive additional storage space for content. The campaign is called […]