Streaming Apple Music service was first introduced in iOS 8.4, received difficult-to-comprehend interface with many hidden menus and options. Actually, this design “menu in menus” and became the main reason of dissatisfaction of users. 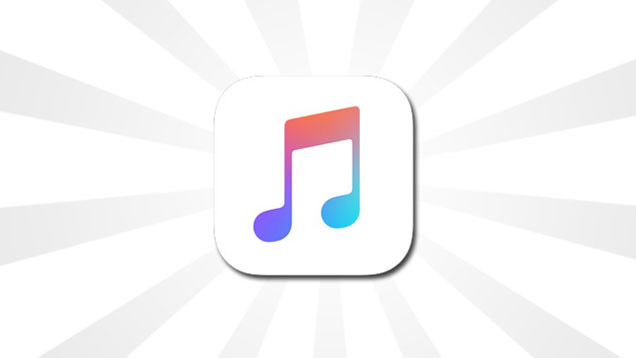 Judging by the recently released public beta version of iOS 9, magicians from Apple began to clean up the interface Apple Music from all the excess. Update OSes until the ninth version will bring to the app in the “Music” is a small but very welcome change that will allow users to spend less time studying all sections of the program and more – actually listening to music.

The most notable future innovation in Apple Music – change the appearance of the menu of options, which is called by pressing the ellipsis icon next to the name of the track/album/playlist. In iOS 8.4 this menu looked like a long list of features is too difficult to read, especially while listening to music on the go. Now it includes more than a dozen options for each song, and that’s not counting features hidden in paragraphs “Browse artist or Browse album”. 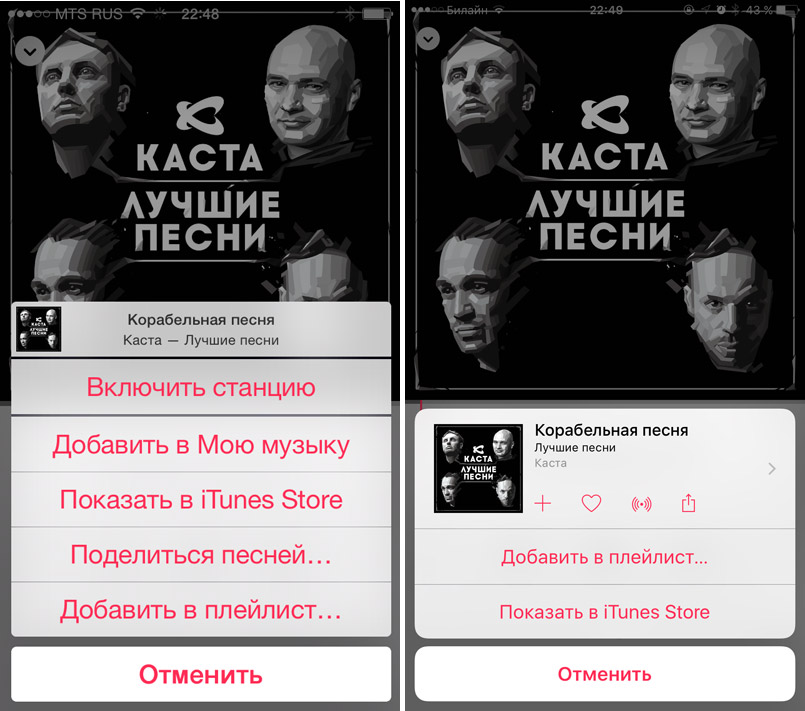 Through this menu are all the basic steps with the music, so Apple developers have paid special attention to its finalization. In iOS 9 menu contains all the same functions, but now they are organized more elegant and convenient way.

Why is this important, you ask? The first reviews about Apple Music characterize the service as “unusually difficult for Apple”, and some even call it “complete chaos”. And while other streaming services, like Spotify and Tidal, is also quite confusing interface, Apple has always been proud of the simplicity of their products. Update Apple Music in iOS 9 proves that the company seeks to follow the precepts of the founder of the company.

Read also:   The owners of the Xiaomi Mi Band 2 misleading about the burns received while using a smart wristband

In iOS 9 album art and song information in the header menu are now more readable, and the next there’s additional buttons. Click on the heart icon to add a song to “My music”; click on the radio icon to start the radio; well, the Share icon, you probably already know. 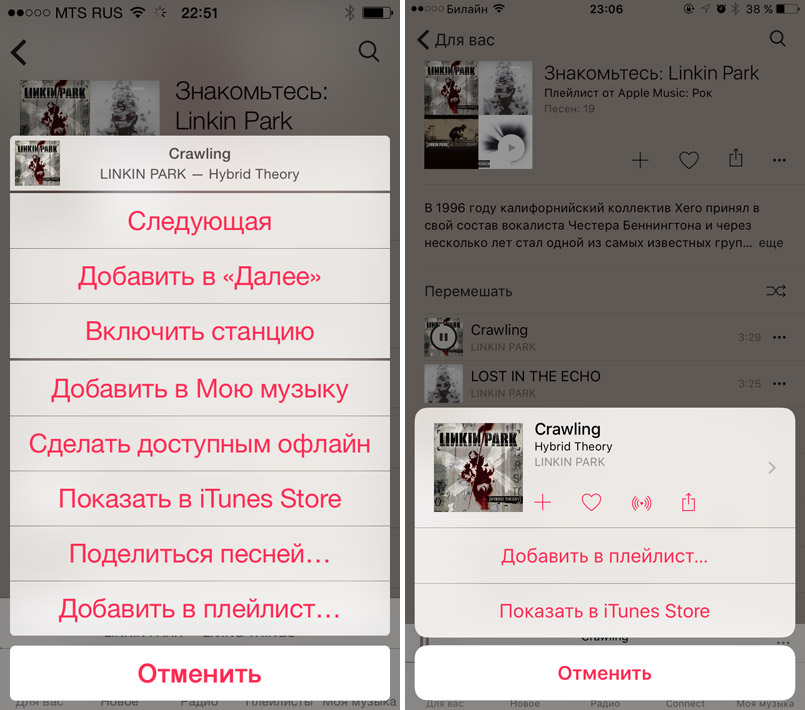 This same section also includes a small arrow to the right, which is a much more obvious way to access the view by album, view by artist, than iOS 8.4, where you need to guess (or read on MacDigger).

Now that the basic functions of Apple Music got intuitive icons in the header menu, it was much less crowded and more comfortable. Also, the buttons in the list are wider, so you don’t miss one of the options. Now the advanced options menu appears on the screen will not scare the user. Despite a simplistic view, it appeared one hidden item: scroll down, and under “Show in iTunes store” you will see the option “Remove from my music.”

The advanced options menu changes depending on what you’re listening to: a song from the Apple Music track from your personal library or a random radio station. In iOS 8.4, for example, you can run the radio on the song, which was not in your music collection. IOS 9 will have to first add the track to “My music” (tapping on the icon with a “plus” sign), and only after that will create the radio station. Once you add the track to “My music”, you can create a Genius playlist, radio station or make a track available for listening offline.

the next generation iPhone will go on sale in September this year, the exact date that Apple is expected to call a special press conference at the beginning of next month. In anticipation of the launch of the new representatives of the British jewelry brand Brikk announced the elite modification of the iPhone 6s, the […]

One of the key innovations of the iPhone 6s and iPhone 6s Plus is to use the new camera and some special functions, for example, optical stabilization when shooting video. How they are better than those that can be found in the iPhone 6 and iPhone 6 Plus, found a professional photographer Austin Mann. As […]

Jailbreak-tweak, which had long dream of the owners iPhone

In the app store for jailbroken devices appeared CallBar X utility that replaces the standard program for making calls. Now, if someone calls the iPhone user, the work he performed on his smartphone, he immediately interrupted, and the screen will show off a phone number and keys in the form of green and red tubes. […]