Display with Force Touch is already used in “smart” watch Apple Watch. However, it is no secret that Apple did not restrict itself to wearable electronics and implements technology and other gadgets. According to DigiTimes, this week, the American manufacturer has launched the production of Force Touch displays for the iPhone 6s and iPhone 6s Plus. 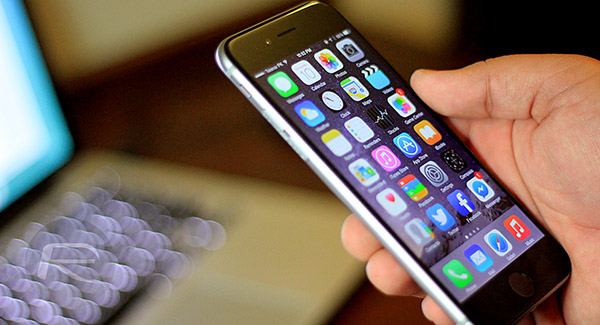 Contract manufacturers began mass production of new panels for Apple orders. It is noted that the forefathers did, they will inherit a screen size of 4.7 and 5.5 inches respectively, but the resolution may increase. The Force Touch display will allow the smartphone to recognize not only the clicked location, but also because: therefore, users can cause different context menu without unnecessary movements.

iPhone 6s will be unique in that it will offer more methods of interacting with the user, accordingly, developers will be able to put more functionality in a limited space compact gadget. First support Force Touch will get iOS system apps 9. In the future, Apple will open up APIs so that in the future for many third-party applications the display with Force Touch will not be strangers.

It is also reported that the new devices generally have a design similar to the models of the iPhone 6, which should simplify the production. But the timing of the appearance of models on the market can affect the amount of production of suitable displays that support Force Touch.

In addition to new display technologies iPhone 6s and iPhone 6s Plus will get innovative 12-megapixel camera, an Apple A9 processor, 2GB of LPDDR4 RAM and improved building.

As it turns out, Apple is the leader not only in terms of audience growth among streaming services, but also by the degree of customer satisfaction. This is evidenced by the results of recent research company J. D. Power and Associates in rankings which “Apple” giant with an enviable stability occupies the first place. In […]

“Night mode” in iOS 9.3 will receive a separate switch in the control

Last week Apple released a beta version of iOS 9.3, simultaneously describing in detail all the innovations and improvements that brings the next major release. One of the main innovations of the update mode is the Night Shift for fine tuning of color temperature of the displays of the iPhone and iPad depending on the […]

Samsung is preparing a response to iPhone SE – a mini version of the flagship Galaxy S8 with 5.3-inch screen and is priced at $399

This week Samsung has officially unveiled a couple of flagship smartphones Galaxy and Galaxy S8 S8+. With all the advantages of these devices, their displays can seem too big. If Apple especially for fans of compact gadgets offers iPhone SE, the South Korean manufacturer has decided to Fund a series of flagship model Galaxy S8 […]