Apple, as promised in the beginning of the month, is launching a large-scale purification of the App Store from outdated and irrelevant applications. This was stated by the developers that received the official request from the company. 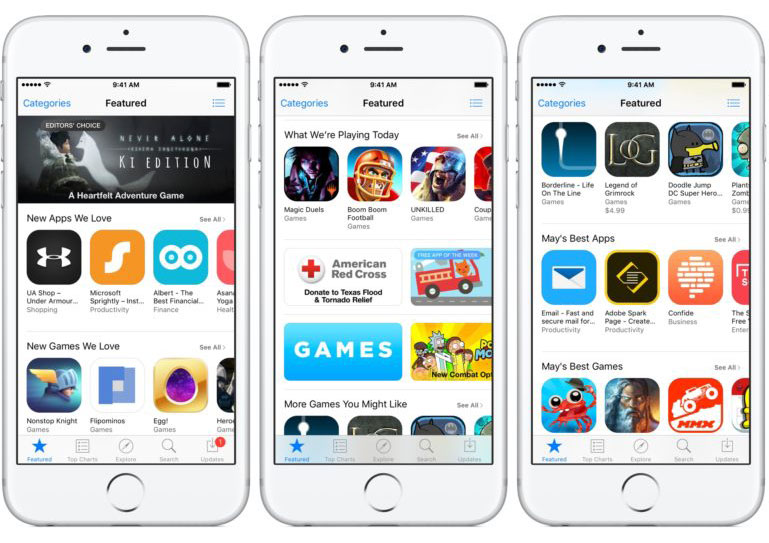 Store for iPhone, iPod touch and iPad will delete all applications that have not been updated, do not support the actual or faulty work – the so-called “zombie apps”. In the newsletter, Apple says that developers have 30 days to release updates. After this period, programs will disappear from the official online directory. Despite deletion, users will be able to use previously installed application, but will not be able to reinstall them.

The company noted that the titles have been removed from the App Store apps will remain to their owners and they can download them under the updated program. Apple stressed that uninstalling will not affect its functionality.

Cleaning will be carried out in several stages, the first one began on 7 September 2016. Now under the distribution of hit applications that are not compliant with the company policy and which are not run on modern versions of iOS. 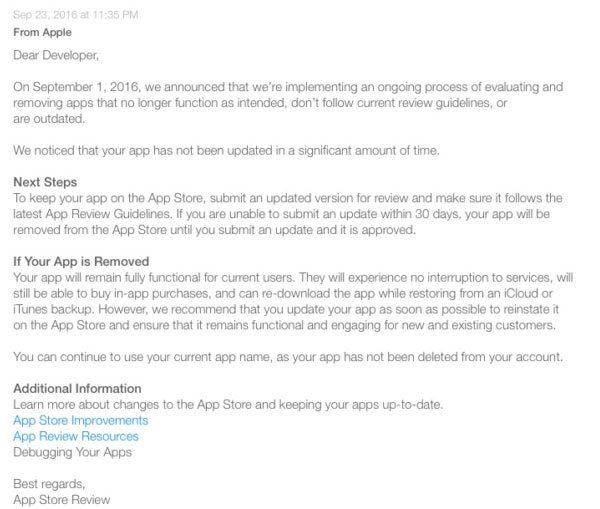 In order to avoid the deletion of the application, Apple has proposed to consult the guidance note on working with the software for the App Store and regularly update their products, fixing bugs and offering new features.

Previously, Apple regularly published statistics App Store for the number of available games and applications. However, now it is irrelevant, as all have long known that along with Google Play is one of the two best shops of mobile applications, and profit the best.

MacBook Pro, most likely, will not be released in 2018

Many users look forward to when Apple will update the MacBook Pro series. However, perhaps the wait is still long. It is reported by BGR. Update series that have occurred in 2016, had in mind not all. Someone was disappointed TouchBar, someone that the car has received a total of 16 GB of RAM. Rumors […]