A former software engineer at Apple, Terry Lambert has told about how has been developing firmware for first generation iPhone. Lambert had never spoken publicly about the making of “Apple” smartphone. His story was published Quora. 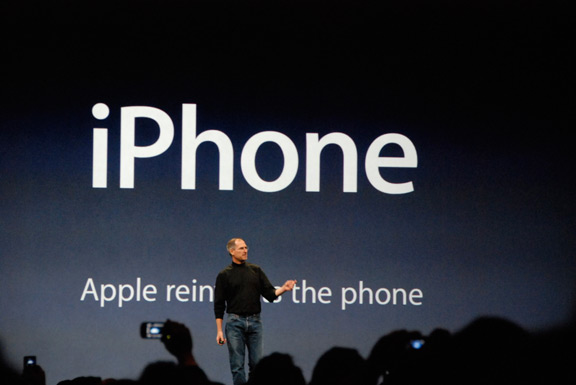 For 8 years Terry Lambert worked on the core of Mac OS X. According to him, he wrote about 6% of the code, or 100,000 lines of code per year. At one point the engineer had offered to work on software for a certain new product.

“I was led to the place with the highest level of secrecy. If you worked at Apple, you know what that means: you should pretend to know nothing about the product, such as deliberate ignorance. I just showed the car for the remote debugging code, but not the device itself – but it obviously was ARM-system”, – says the engineer.

Before Lambert learned the code name of a new Apple product, he had to sign an agreement non-disclosure agreement (NDA).

“It is noteworthy that Apple calls different code names for different groups of developers. In other words, you can work on the same product with a different group of programmers, but don’t know about that,” he said.

“Once you enter in, you will be able to get to the secret lab. This laboratory within the main laboratory. Others may have access to the usual lab, but not “secret”, – said the developer. A room without Windows located on the second floor of the Apple headquarters in Cupertino, there were only a few employees.

“You will not be able to see the form factor of the device, because when you start working it is made from plexiglass. Thus to connect to the early prototypes use special cables… with the first iPhone they were really purple,” said Lambert.

The presentation of the first iPhone was announced in January 2007. At the time of announcement of the smartphone the work on it was still far from complete. In fact, the smartphone that Steve jobs showed off the stage, was an unfinished prototype. He was turned down while trying to run not in the order mail or Safari, to lose a song or video, the app was unfinished. Even a dress rehearsal for the jobs iPhone is periodically dropped calls, freezes and turn off. The smartphone was not able to work longer hours without a reboot.

The Apple engineers had to design a special sequence of actions by which jobs would be able to show the possibilities of the then “raw” device.

Apple has opened an official page in social network “Vkontakte”

Apple has launched an official page in Russian social network “Vkontakte”. It is available at vk.com/apple, however, is still closed. Apple representatives in Russia have confirmed that this page is indeed official. The question of when the public will be available to all, the company has not responded. The press service of the social network […]

Apple Music audience grew by two million people in less than a month. About this informed the head of the advertising Department of Apple in France Stephen Hyun. Music Apple Music service with 40 million paid subscribers. Less than a month have took the service to gain two million customers. In mid-March, Vice President of […]