Home Apple employee on average is 5 times more expensive homes of the average American. To such conclusion experts of Zillow, a leading American company in the field of collection and analysis of information on the real estate market. 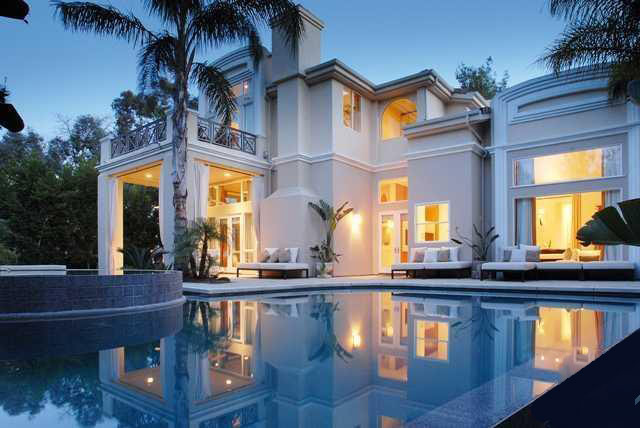 The researchers found that a sharp jump in real estate prices in California was recorded after the announcement of the first iPhone. Now the average price of a house Apple employees working in Cupertino is $1.14 million With the most significant increase in the cost of housing was observed after the start of sales of smartphones.

In 2010, the cost of housing in California exceeded the average cost of housing in the U.S. three times. The study showed that the estate employees of large it companies such as Google, Facebook, Apple is worth at least $1 million As a result, expensive housing has led to an increase in the cost of rent. Because of this, young professionals just starting a career in the Valley, forced to live in rooms with other people. 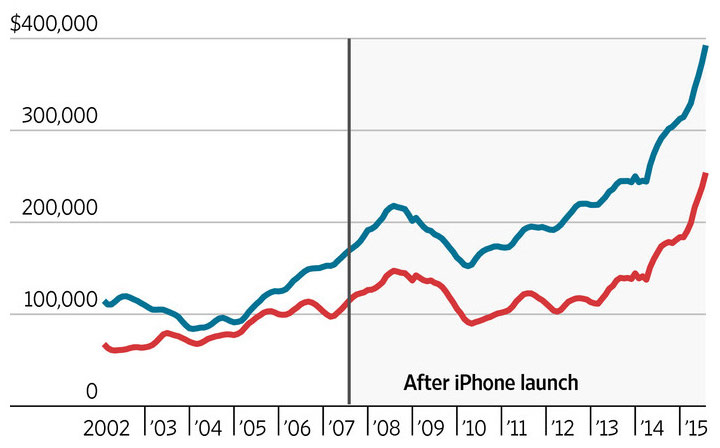 Against this background, as noted by the Vc, in a number of cities in the U.S. the Americans are trying to find alternative and more affordable options, such as in San Francisco in 2015 started a real boom for the rental of cargo containers converted for habitation.

According to Zillow, Americans now spend an average of more than 30% of their income to pay the rent. It is the highest rate in modern history of the United States.

What If: Apple gadgets that never saw the light #1

From Apple for 40 years, has accumulated a variety of devices and technologies that have been developed but have not reached the masses. Remember the 5 gadgets that never “shot”. 1. Apple WALT. Wizzy Active Lifestyle Telephone, which can be roughly translated as “cool phone for an active life”. The most advanced landline phone of […]

Apple confirmed plans to use OLED displays in the iPhone in 2017, according to sources

Apple appealed to Japanese and South Korean screen manufacturers, urging them to increase the rate of production of OLED panels, which must begin using the iPhone in 2017. About it writes the edition Nikkei Asian Review, citing its own sources. It is reported that Apple has decided to release the first iPhone model with a […]

The McLaren Technology Group, which manufactures sports cars and owns a team of “Formula 1”, confirmed the fact of negotiating with Apple about potential cooperation. This was told by Executive Director of McLaren Automotive Mike Fluit in an interview with Reuters. Last fall rumors and a possible purchase of the McLaren California giant, but then […]