In early 2020, Samsung unveiled a smartphone that didn't have a predecessor. Galaxy S10 Lite has become an interesting device that combines a relatively low cost and top-end features:

The lineup was released in January alongside the Note10 Lite. However, now Samsung decided not to wait long and rolled out the Galaxy S20 Fan Edition. 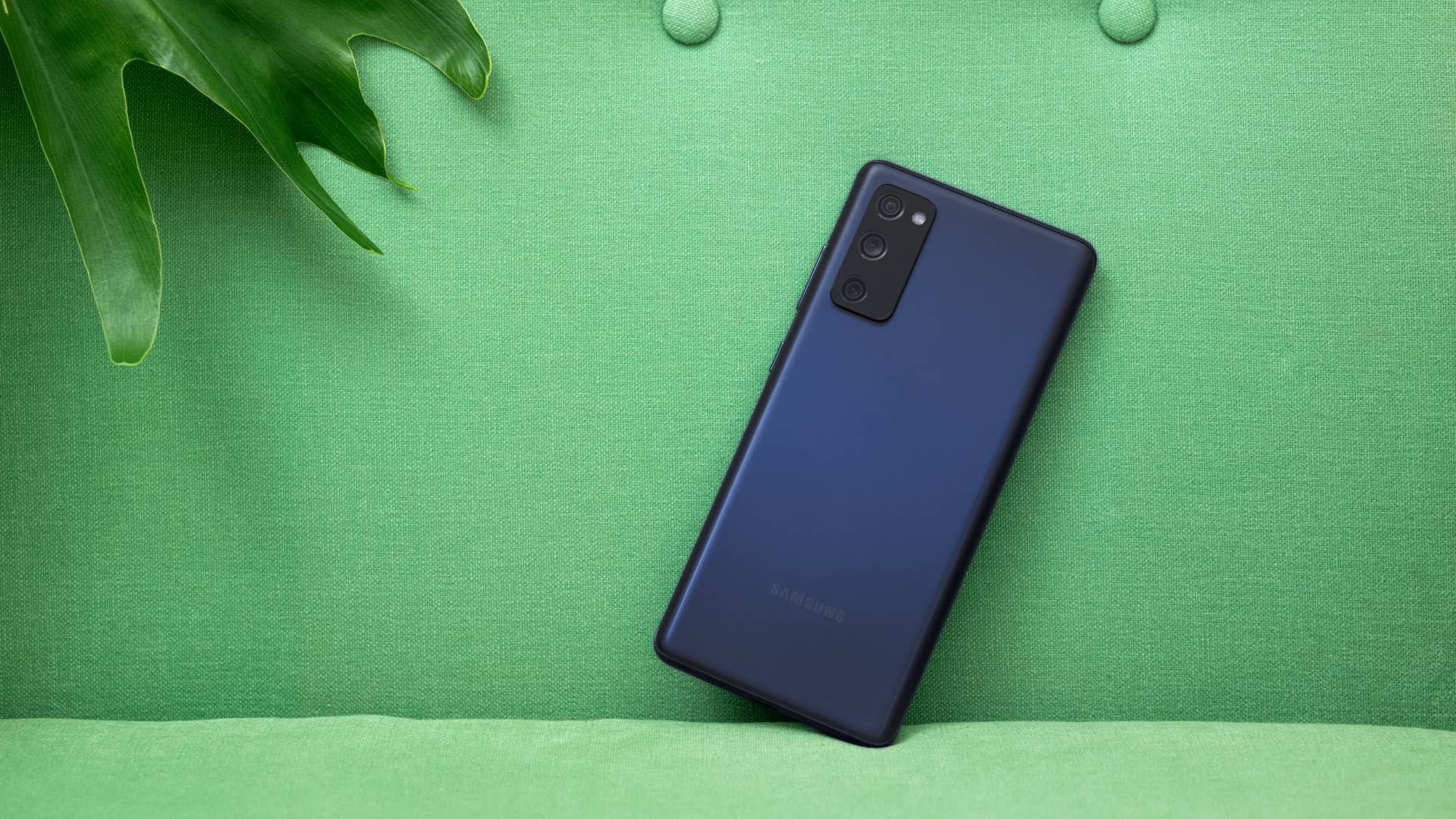 The smartphone repeats the design of the Galaxy Note20 with a slight difference in size: the FE is a couple of millimeters smaller, but 0.1 mm thicker than the Note20. Smaller dimensions are provided by the display – its diagonal is not 6.7 inches, but 6.5. This is the Super AMOLED matrix that Samsung constantly uses in its top models.

Like a regular Note20, the display comes without fillets: 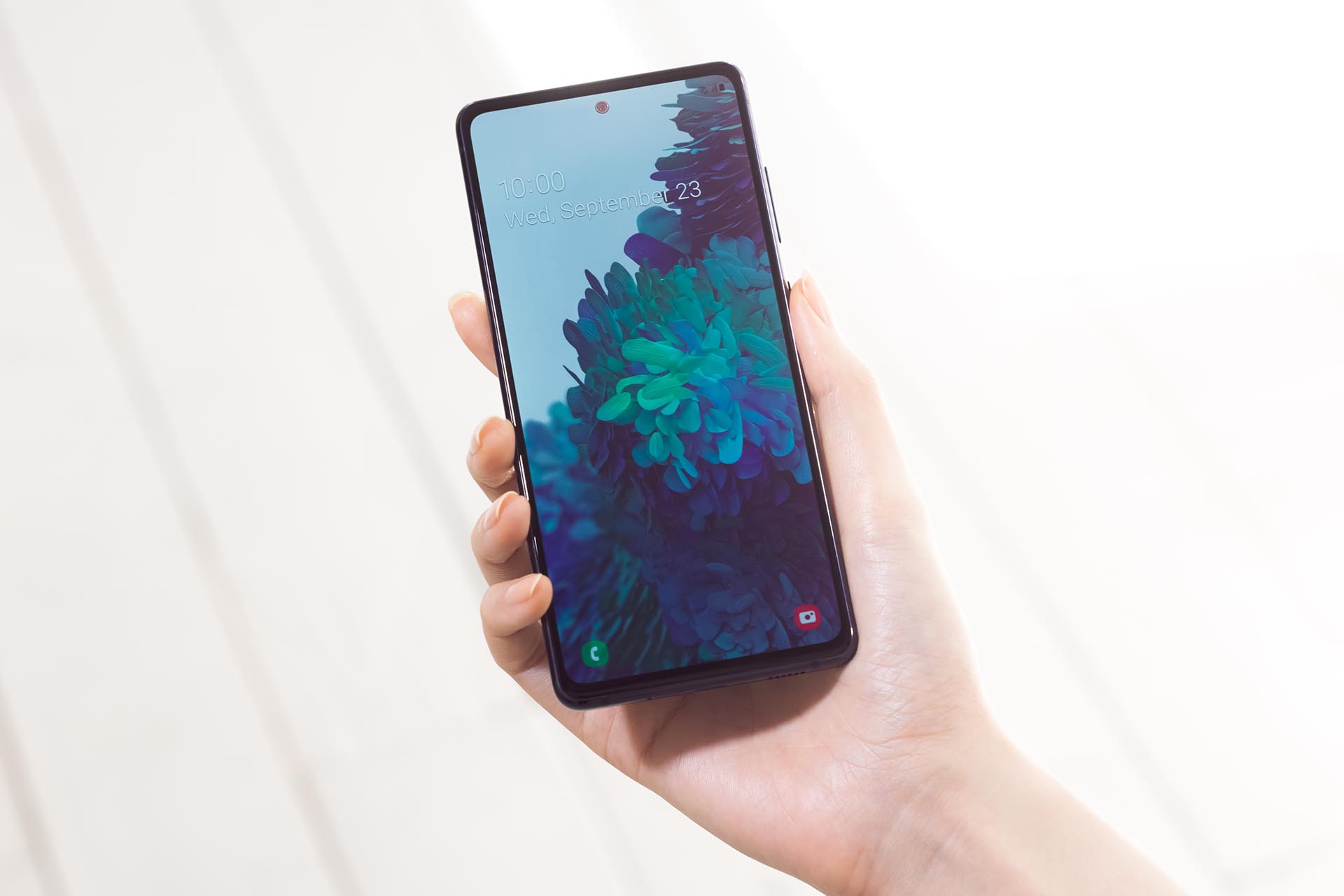 It also has a built-in fingerprint scanner, there is 120 Hz, as well as HDR10 + certification. But the screen is protected by Corning Gorilla Glass 3, while the Note20 is already in its fifth generation.

And here's another top one: the Galaxy S20 FE has a 3.5mm headphone jack!

In terms of hardware, everything here is very similar to Note20: the same Exynos 990 processor, which is installed in the 4G version (only this is officially sold in Russia). But if you want a 5G smartphone, then the Snapdragon 865 will be installed, while the Note20 received 865+.

The smartphone comes in one version – 6/128 GB, there is a slot for microSDXC memory cards with a capacity of up to 1 TB. 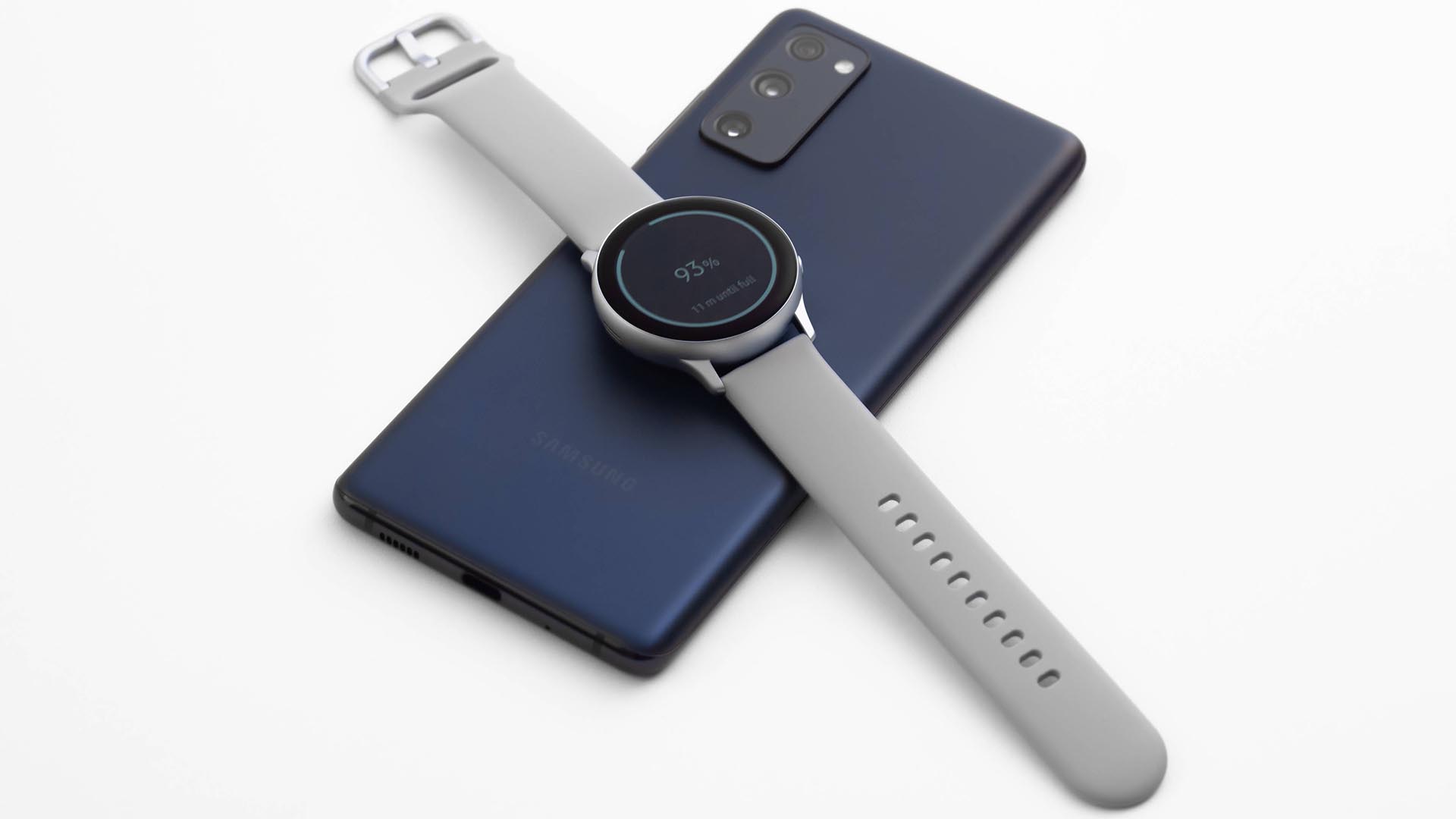 Galaxy S20 FE received a 4500 mAh battery. That's 200mAh more than the Note20. In the kit you will find a 25W power supply. In addition, the smartphone can charge devices in the return line, and also received reversible wireless charging with a power of 4.5 watts.

Read also:   Samsung copied Apple technology Continuity and released it in the form of applications for their gadgets [video] 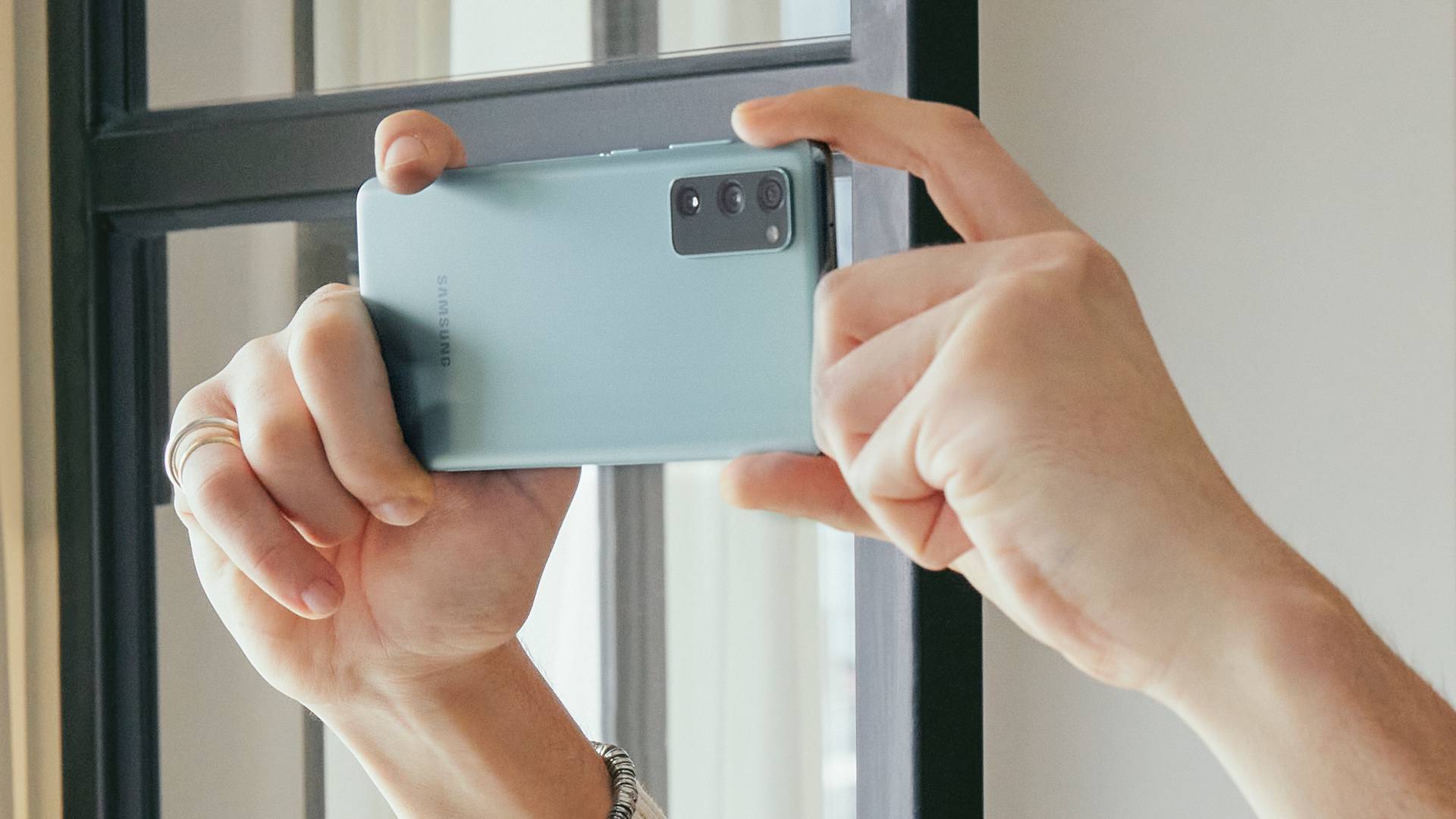 The main difference lies in the camera. It is here, most likely, simpler than that of the Note20. The wide-angle camera captures images with a resolution of 12 megapixels on a 1 / 1.76-inch sensor. Each pixel is a sizable 1.8 µm in size. The lens with an aperture of f / 1.8 and an equivalent focal length of 26 mm has received optical stabilization.

The ultra wide-angle camera also features a 12-megapixel sensor. But it is almost half the size: 1 / 3.0 inches. The size of each of the pixels is 1.12 µm. The lens received an angle of view of 123 °, and the equivalent focal length is very small – 13 mm.

The third camera is not a plug at all. This is a "telephoto" with a 3x optical zoom (more precisely, the optical zoom is 2.8 ×, and up to 3 × the photo is cropped and upscaled). The size of the 8-megapixel sensor is even smaller – 1 / 4.5 inches. But because of the resolution, the pixel size is not that small: 1.0 µm. This camera also received optical stabilization in the lens, the aperture of which is f / 2.4, and the equivalent focal length is equal to 73 mm. 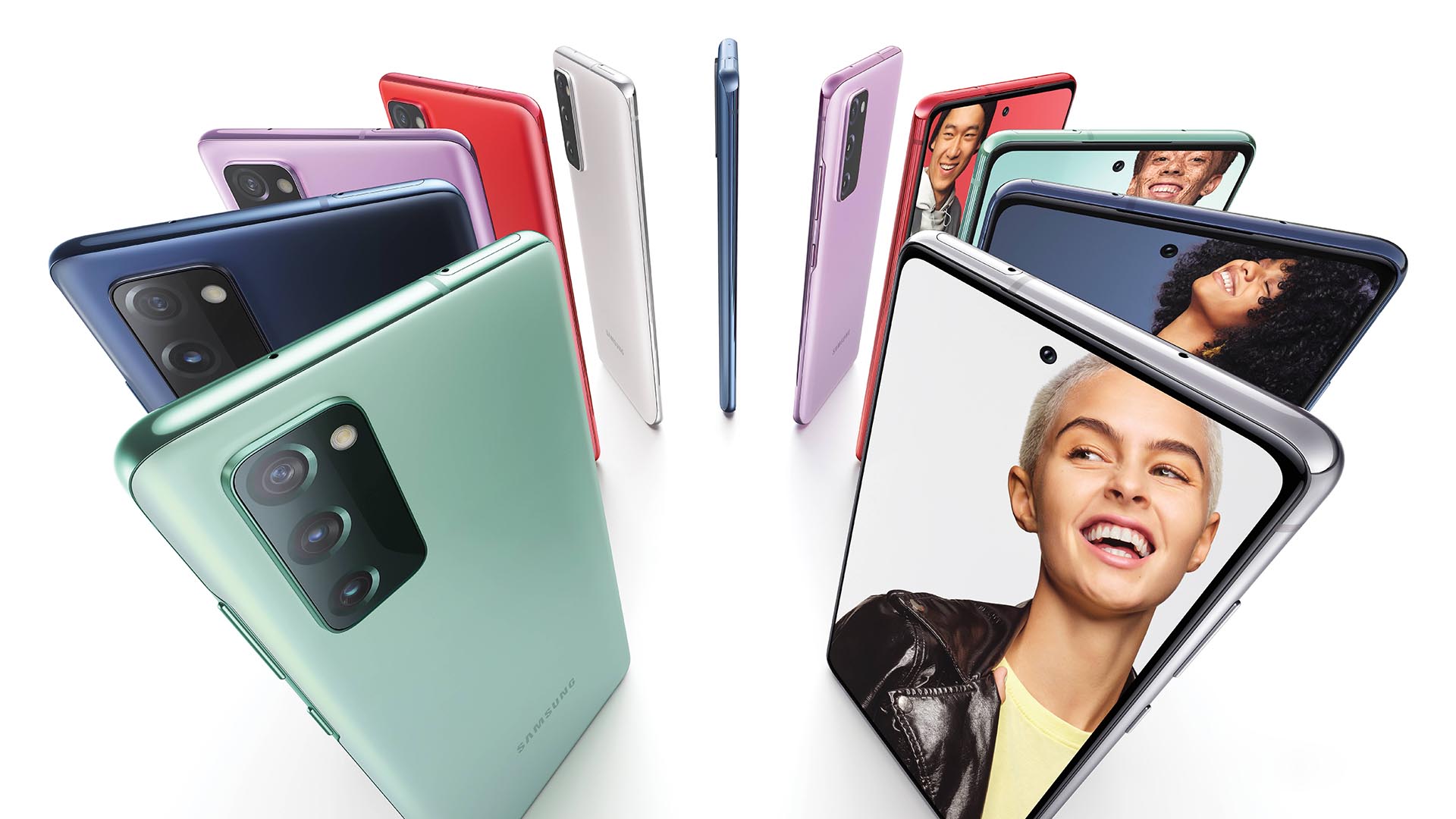 Pre-orders for the Samsung Galaxy S20 FE are starting today. The price is 49,990 rubles in Russia and 649 € (about 58 thousand rubles) in Europe. The smartphone will go on sale on October 9th.

Jonathan Ive rejected the idea of a touchscreen MacBook, but hinted at other developments in this direction

Laptops on Windows often have touch screens and various hybrid formats of the body, allowing you to use them as tablets. Users are able to interact with the computer and the interface elements of the OS not only the usual equipment such as keyboard and mouse, but with touch. After the launch of the MacBook […]

YotaPhone 2 fell by a third for the New year

Yota Devices has reduced the price of YotaPhone 2 in Russia. Discount on the unit was 30%, according to a statement from the manufacturer. As part of the Christmas promotions YotaPhone 2 can now be purchased for 21 990 rubles instead of the previous 29 990 rubles. New price listed on the manufacturer’s website. As […]

Before you watch the video, conduct a little experiment. If you have an iPhone with iOS 10, open the Music app and try to find buttons and Mixing of the playback tracks. If you don’t found the solution in the video to Read also:   All that’s interesting for the week # 32: AirPods X […]