With iOS 9.3.3 beta 4 became available for download a new beta version of OS X 10.11.6 El Capitan. The fourth test release corrects the earlier errors are detected and increases the overall performance of Mac. 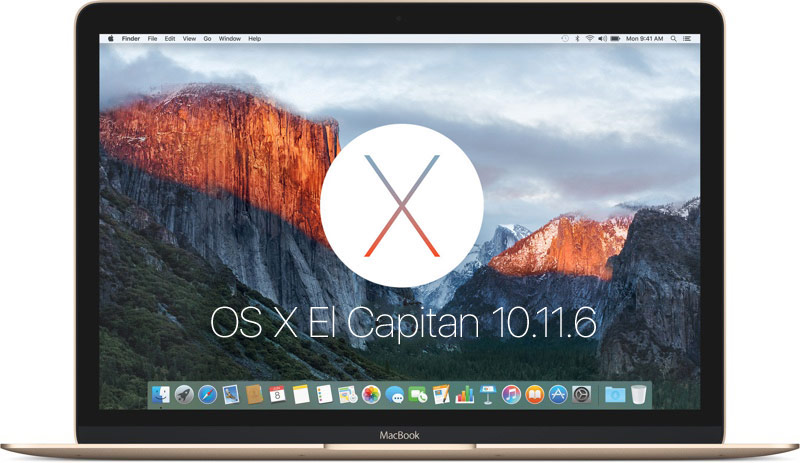 10.11.6 OS X beta 4 was released a week after the previous version. Developers can install the update through the Apple Developer Center in the app store, the Mac App Store. Program participants open beta testing of the new product is available via the standard update mechanism.

The release of OS X Yosemite 10.11.6 considered minor, even so the Apple does not list the changes. The main reason was the release of cumulative update was the correction of mistakes made during the development of OS X El 10.11.5.

OS X Yosemite 10.11.5, the recall came after four test builds for developers and, unlike the previous release is not proposing any change in the interface – all of the improvements remained “under the hood”. Great emphasis was placed on improving the mechanisms for protecting, improving performance, stability, compatibility, and security, as well as on fixing bugs in the previous release. 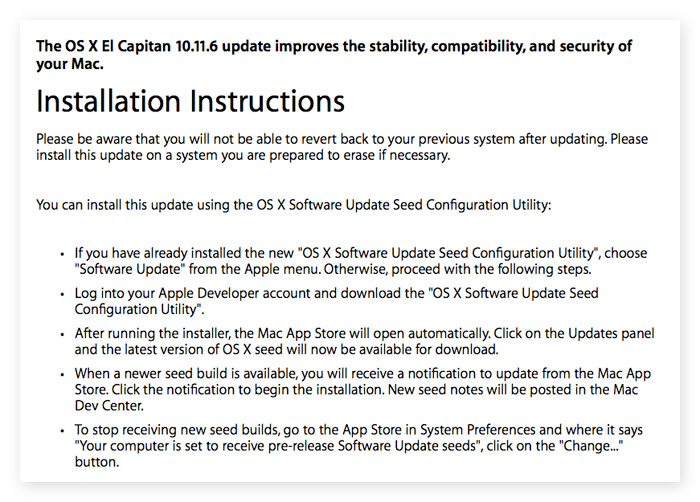 At the same time Apple is testing the operating system macOS Sierra beta 1. A major upgrade of the software platform with voice assistant Siri, the function “picture-in-picture and universal clipboard will be available this fall.

Read also:   Meizu will show Apple how to use the Home button

2017 at WWDC Apple announced new operating system iOS 11 with a huge number of innovations. One of the key innovations was the 2 AirPlay, which can stream video and audio from your iPhone, iPad or Mac to compatible devices. AirPlay 2 combines the functionality of the original Protocol and three innovations that are designed […]

Loud the launch of Apple trying to make fun of different comedians, comedians and users on the Internet. The September presentation of the iPhone 6s, iPad Pro and the new Apple TV is parodied in the popular American TV show Jimmy Kimmel Live. The first thing that drew the attention of comedian Jimmy Kimmel often […]