Google has introduced a free version of its music service Google Play Music, which works on an advertising model. The announcement took place a week before the launch of the streaming service Apple Music. 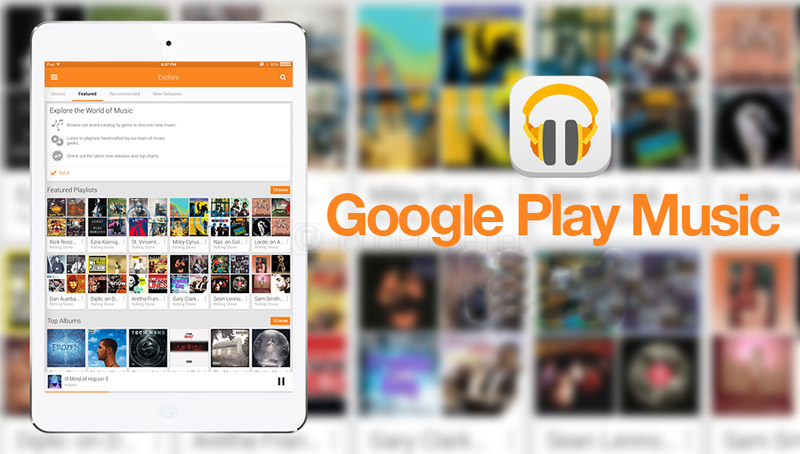 The free version of Google Play Music has reduced functionality: users will not be able to choose tracks to listen to, instead they will be available pre-compiled playlists, similar to how it is implemented in iTunes Radio. The algorithm for the selection of tracks was developed by Songza, which Google bought in July last year.

In addition, the algorithm will automatically pick up and make playlists of the tracks that will be similar to the user-selected song.

Currently the service is available only in the U.S. and only through the browser, but in the next few days it needs to be integrated into Google Play Music on iOS and Android.

It is worth noting that even with free access to the service, you will need to provide credit card information, so Google Music controls the regional restrictions specific to the user. Your card will not be debited.

Subscription to Google Play Music is in the USA for about 10 dollars a month. In Russia, the subscription service will cost 189 USD per month. Apple Music in our country will cost $ 169 per month.

Poll: do you buy the iPhone 7 in the new color Space Black?

The iPhone 7 will be painted in a deep, almost black color is Space Black and not dark blue, as previously claimed insiders. The new color scheme will replace the classic “space grey” (Gray Space) and will be closer to the shade of “smart” watches Apple Watch. As conceived by Apple, the coloring is designed […]

Before the official presentation of the Galaxy S7 remain even months, but the Network has already appeared fresh results of testing the performance of new smart phones with the Exynos chip M1, made using the popular Geekbench benchmark. It is believed that Exynos 8890 will serve as the hardware basis of the new flagship of […]

Employees of the Stavropol scientific research Institute of sheep breeding and goat breeding has developed the domestic operating system, OS Ivan, the newspaper reports Don24. The platform is a modified version of Linux and is positioned developers as an alternative to Windows and macOS. Currently on the platform Ivan OS work almost all computers of […]