Yota Devices has reduced the price of YotaPhone 2 in Russia. Discount on the unit was 30%, according to a statement from the manufacturer. 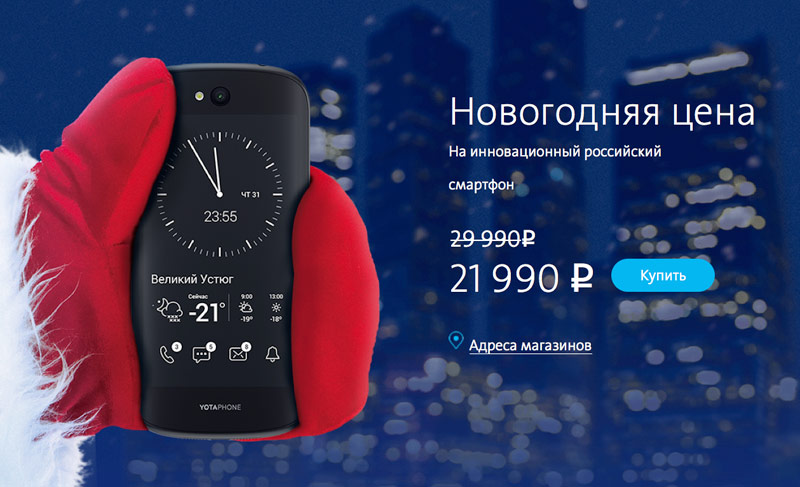 As part of the Christmas promotions YotaPhone 2 can now be purchased for 21 990 rubles instead of the previous 29 990 rubles. New price listed on the manufacturer’s website. As noted by the representatives of the company, it operates from 1 December and valid for all sales channels, not only official online store.

A review of the pricing policy of the product caused by the change of phase of the product life cycle, as well as the fact that the company decided to “take a step towards users,” said Yota Devices.

YotaPhone 2 was unveiled at the MWC 2014 in Barcelona. The device has two screens: the main 5-inch Super AMOLED display with a resolution of 1920 x 1080 pixels and E-Ink with a diagonal of 4.7 inches and a resolution 960h540 pixels. Unlike the first version, YotaPhone 2, both screens are touch.

The device is built based on the Quad-chip Qualcomm Snapdragon 800 with a clock frequency of 2.3 GHz and has 2 GB of RAM. Main camera smartphone has a resolution of 8 megapixels, front — 2 megapixels. 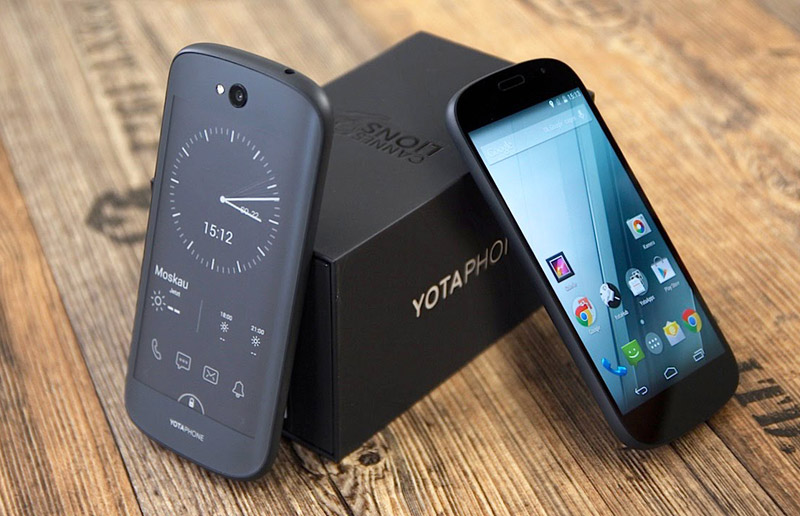 Note that in October of this year, Chinese investment holding REX Global Entertainment has acquired a 64.9 per cent of smartphone manufacturer Yota Devices. Other share of Yota Devices remain from the previous owners — the state Corporation “rosteh” (25,1%) and company management (10%).

Read also:   A new feature for shooting video in iOS11

In 2020, Apple will release as many as seven new iPhone

At first Apple released one iPhone a year, then, starting in 2014, when the iPhone 6 and iPhone 6 Plus were introduced, it increased the number of new models to two per year, and now for the third year in a row it will present three new iPhone at a time . But this, according […]

iPhone 7 and 7 Plus are the most popular smartphones in the U.S., sales of Galaxy S8 were worse than expected

iPhone 7 and iPhone 7 Plus are the most popular smartphones in the U.S., according to data from research firm Kantar Worldpanel ComTech for the three-month period ended in April. The total share of flagship devices amounted to 20.1%. The total share of the iPhone in the us market has increased over the year by […]

Biometric security system on iPhone and iPad with built-in fingerprint scanner Touch ID seems reliable third-party intervention. However, there are simple ways to get around: the child in the United States was able to make a transaction for $ 250, despite the fact that the smartphone his parents were protected with Touch ID. 6-year-old Ashland […]