December 24, 2015 Studio Universal Music has published a directory of the 13 official albums of the Beatles in nine popular streaming services. Russian music services Yandex.Music and Zvooq wasn’t among them.

Many years The Beatles eschewed digital distribution via the Internet. So in the form of files in iTunes “the Beatles” appeared in 2010, 7 years after the launch of the store. At the end of 2015 numbered albums of the ensemble first appeared in nine online services: Apple Music, Google Play Music, Deezer, Tidal, Spotify, Amazon Prime Music, Napster/Rhapsody, Microsoft Groove and Slacker Radio. For each service The Beatles are quite significant. Suffice it to say that in the same directory Deezer ensemble was given the number “1”: www.deezer.com/artist/1

Although the heyday of The Beatles came in the 60-th years of XX century, at the end of 2015, according to Spotify statistics, 65% of the participants of the ensemble in the service were people under the age of 34, in a few days, students added recording the Beatles more than half a million of its playlists, major hits glimpsed in the charts service. 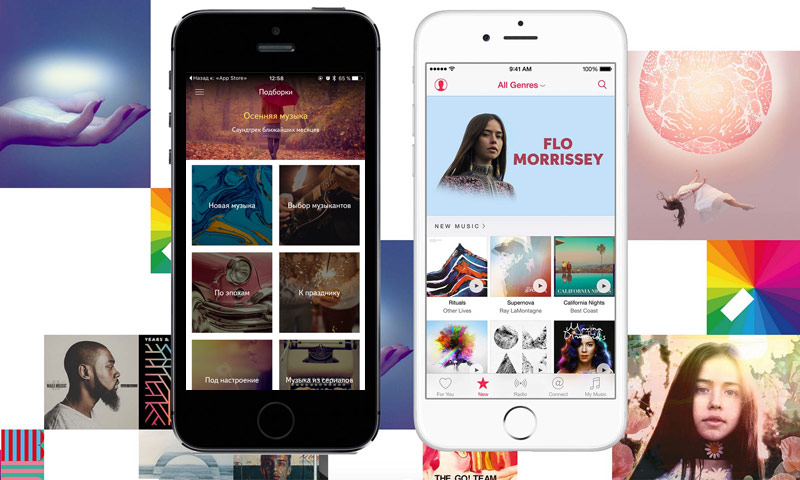 The reasons why Yandex.Music Zvooq and did not get the tracks of The Beatles, is not clear. In General, these services do not experience any problems with the recordings from the catalogs of Universal Music — the music of the owner they represented well, except for the music of the fab four, said Roem.

We will remind that in November of this year Yandex.Music has announced the addition of the mobile app sound as 320 kbps. Before this service only supported a stream of 192 kbit/s. Yandex Paid.The music behind sound quality from all its competitors (Google Play Music, Deezer, Zvooq) in June 2015, after 320 kbps appeared at the service Zvooq. Other competitors of Yandex good quality was previously.

Apple has prematurely revealed the white iPhone X, whose sales will start on 3 November. Usually, the company from Cupertino to the last kept secret packaging design of their new products. However, as in the case with the names and appearance of the device, sometimes the packaging is poured into the network before the official […]

Chinese hackers have released a jailbreak for iOS 9.1 for Windows and Mac

Although current at the moment firmware version is 9.2.1 iOS hacker group Pangu offered a jailbreak tools for all who stayed on iOS 9.1. To perform the hack 64-bit models of iPhone, iPad and iPod touch using Pangu version 1.3. Recall, 16 September, Apple released final version iOS 9. Because of the presence of critical […]

An unusual Samsung patent was found in the bowels of the US Patent Office. According to him, the company is developing lenses with augmented reality. The essence is this: the lens projects an image sent to it directly from the head unit. It can be, for example, an application on your mobile phone (a word […]