The company “Yandex” has welcomed the launch of the music service Apple Music, but warned that the company will be difficult in the Russian market. 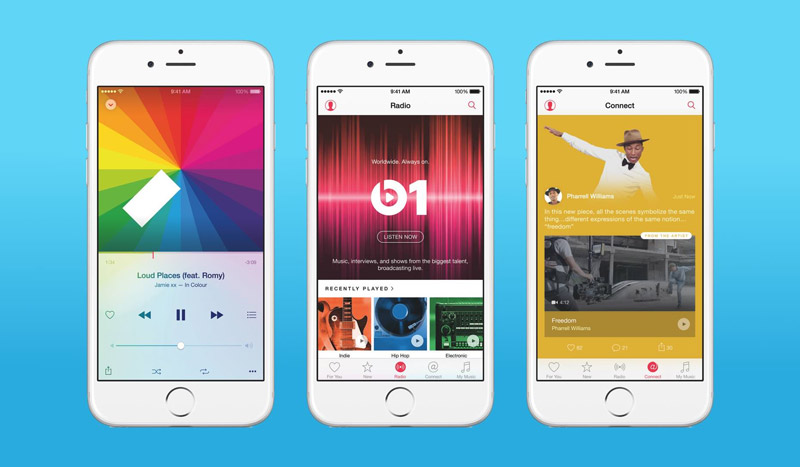 On Monday Apple announced a streaming service subscription service with a large library of songs to the user’s choice, and themed radio stations that you can listen from your mobile devices.

“All music services in Russia work towards the future, gradually accustoming users to legal content, so we are pleased to welcome a new player in the market”, – told RIA Novosti in the press service of Yandex, which is developing its own music service. However, the Russian market has its own characteristics, which will have to face a new player.

“On the one hand, the pirate services hinder the development of the music industry in the Internet, on the other, many international labels when considering questions about the partnership does not take into account the peculiarity of the regional market,” said Yandex.

“Creating music service is in itself a complex process. Almost all global players are still at the investment stage. In Russia the development of the music industry even more difficult. So historically, to get a legal record or tape was much more difficult than buying a pirated album”, – stressed in Yandex.

At the same time, the company believes that legal music services have an audience. So, now Yandex.Music listen 10 million people, and the audience of mobile applications exceeds 1 million people. The company also noted that streaming services are a good promotional platform for artists. Them artists can submit their music to fans, but to find a new audience.

Apple say that Apple Music will combine in itself the functions of a streaming service, online music store and social network. Thus, the service gives possibility for free to listen to via Internet radio stations, or individual tracks, buy any track and share their own musical preferences. To start as scheduled on 30 June, simultaneously with the release of updated iOS 8.4.

How to disable the iSight camera for the MacBook macOS Sierra

Not so long ago, many news sources reported on the website on the Internet, which collected the streaming images from the cameras users. The incident caused many users to think about disabling the Webcams on their laptops and desktops. How to disable the iSight camera on a MacBook you will learn from this article. Although […]

Apple is working on the next generation iPhone. The successors of the iPhone XS, iPhone XS Max and iPhone XR will be shown in September. And on the eve of the announcement on the Web, there are more new details about the future iPhone. Guilhermo Rambo, the developer and editor of the 9to5Mac portal, shared […]

Mobile “line”: full-scale MMORPG Lineage 2 will be released on iOS and Android [video]

Studio NCSoft conference 2016 Netmarble has announced a mobile version of the popular multiplayer role-playing game Lineage 2: Dawn of Aden. Previously this project was known under the code name Project S. Judging by the 30 second trailer, rich special effects, a project in the style of medieval fantasy created for the fans of Lineage […]