This fall was presented a lot of interesting flagship smartphones from different manufacturers. The most memorable innovations from Apple of Cupertino and Beijing Xiaomi. Founder and chief editor of Chinese smartphones Galagram.com Dmitry Lupik, especially for MacDigger has prepared a comparison of the iPhone 7 Plus and Xiaomi Mi Note 2. Below all details about the strengths and weaknesses of the devices. 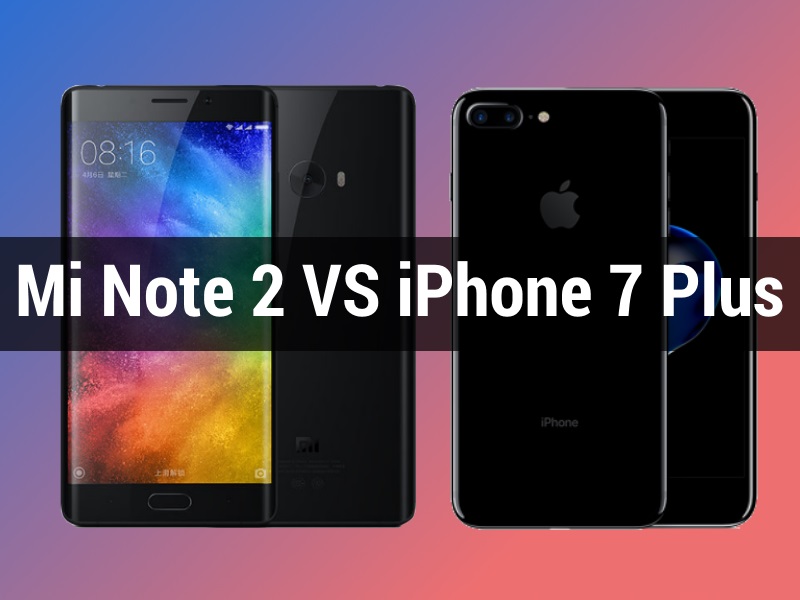 Just recently, Xiaomi unveiled its new flagship phablet Mi Note 2. The smartphone should become a direct competitor to the iPhone 7 Plus, as it is equipped with a top filling, large curved 5.7-inch display and it has more compact dimensions than the flagship from Apple. In our comparison we will consider versions of smartphones in the maximum configuration and try to determine which of them is better. Go!

Comparison of the technical characteristics of Xiaomi Mi Note 2 and iPhone 7 Plus: 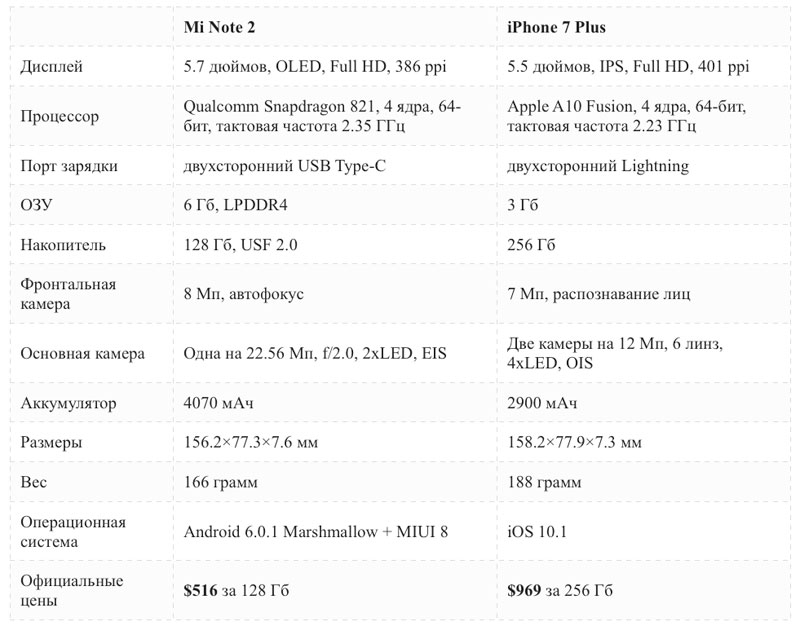 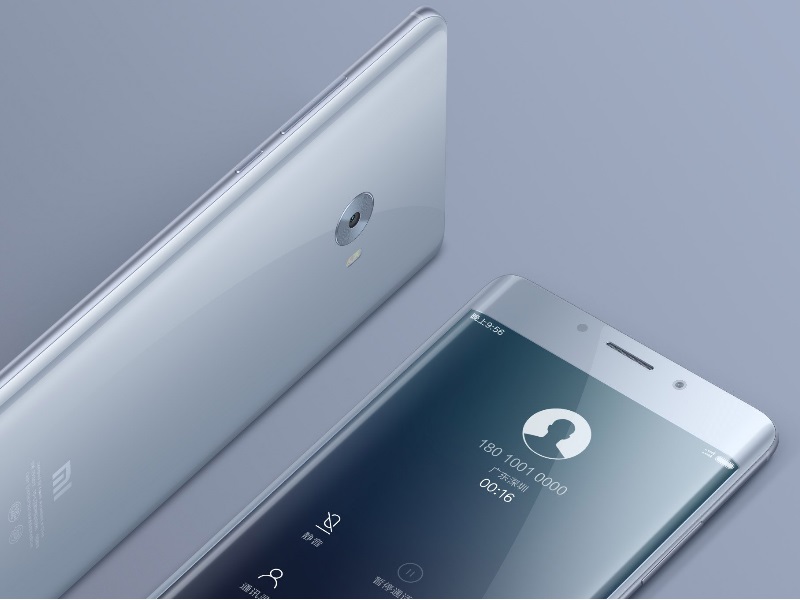 As you can see, smartphones have roughly the same case dimensions: Mi Note 2 is even slightly narrower and shorter than the iPhone 7 Plus and only 0.3 mm thicker. It has a larger screen diagonal: a 5.7 vs 5.5 inches.

Flagship smartphone from Apple has received a full metal body and comes in the following color variations: pink gold, gold, silver, black and “black onyx”. Mi Note 2 has a sandwich construction of the curved glass panels front and back and a metal frame between them. It has only two colors: blue gray and black. 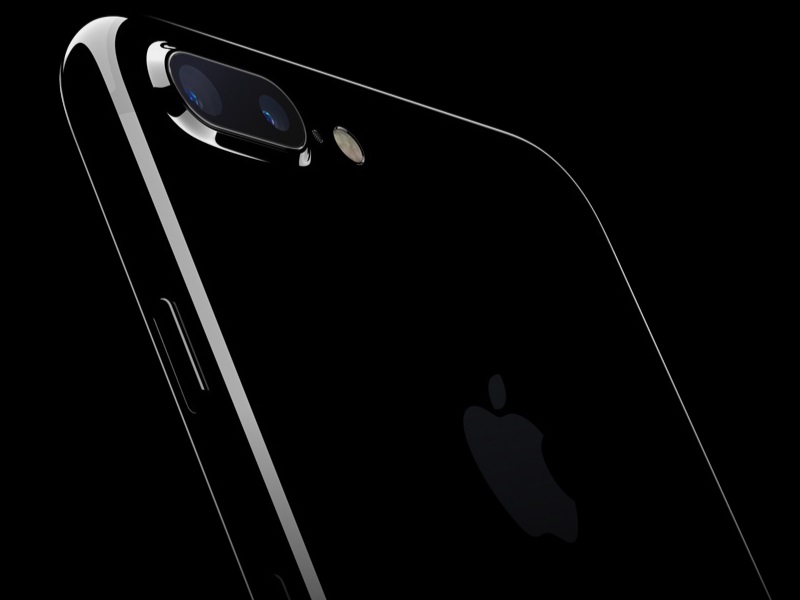 Phones have the same fingerprint scanner under the display, and charging ports on the bottom edge. iPhone 7 Plus devoid 3.5 mm audio output and has moisture protection to IP67 standard. Have Mi Note 2 mini-jack 3.5 mm is on the upper side and the case has no protection from water. Weighs flagship Xiaomi 166 grams, and the flagship from Apple has been to 22 grams heavier — 188 g 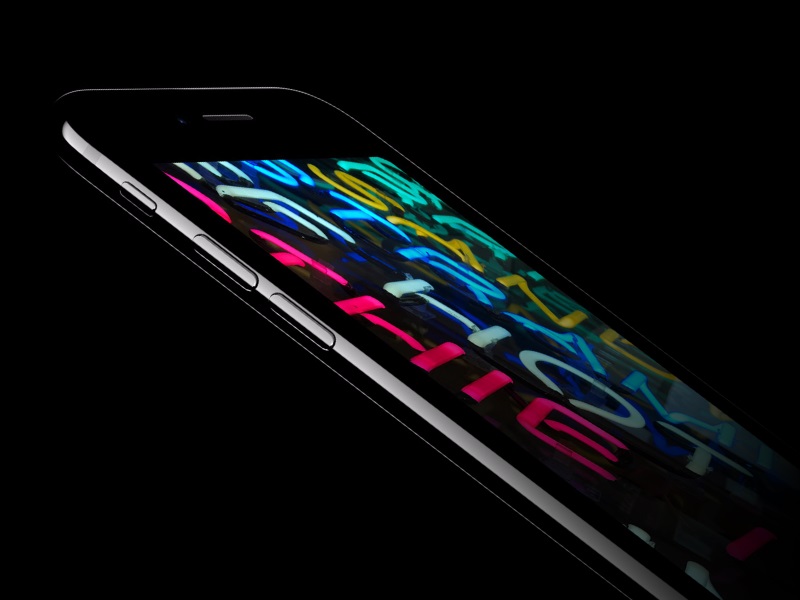 Screen Mi Note 2 is 0.2 inch bigger than the iPhone 7 Plus. Its diagonal is 5.7 inches, a resolution of 1920×1080 pixels and pixel density per square inch to 386 ppi. The type of used matrix – OLED, contrast 100000:1, the profile of the screen is curved at the edges. Xiaomi did not use IPS displays in their flagship, as OLED panels can be curved to the desired profile. 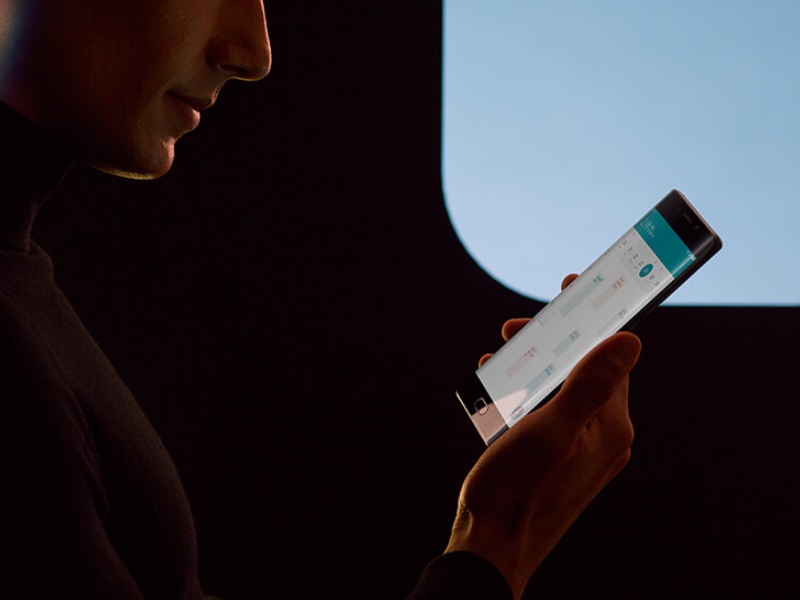 The screen of iPhone 7 Plus has a diagonal of 5.5 inches with Full HD resolution and density of dots per square inch 401 ppi. Installed here matrix IPS LCD, and the display sensitive to touch. Have Mi Note 2 3D technology no Touch. 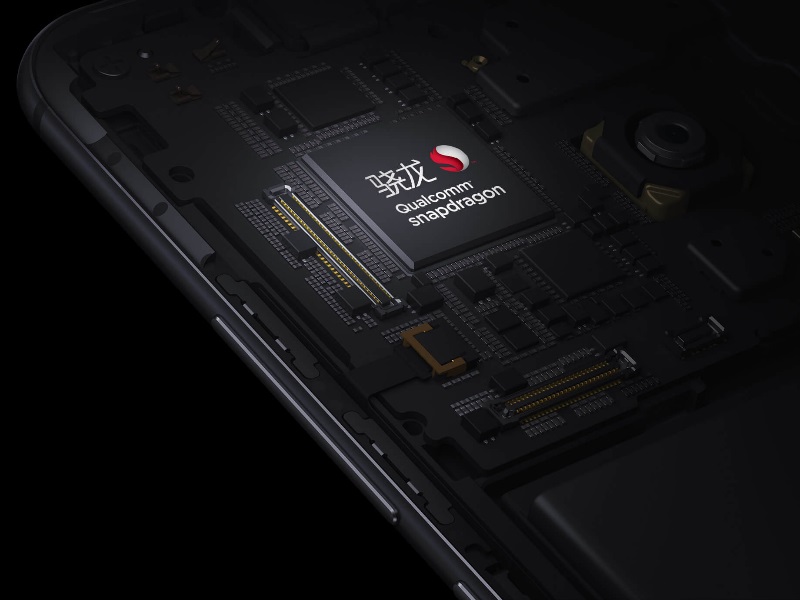 At the time of writing comparison, both models were equipped with the most advanced chipsets in its class. iPhone 7 Plus is running on a 64-bit processor Fusion A10 with a clock speed of 2.23 GHz. Xiaomi Mi Note 2 comes with Snapdragon SoC 821 from Qualcomm, this is an improved version of mobile chip, the Snapdragon 820, which has a 4-core architecture and operates at a clock frequency of 2.35 GHz on the core. The graphics in phablet Xiaomi responds Adreno 530 GPU, Apple uses an unnamed 6-core graphics system.

Usually Apple gives a complete list of the technical characteristics of their devices and prefer to measure their performance in absolute terms relative to previous versions of the device. The unofficial amount of RAM in the iPhone 7 Plus is 3 GB, for comparison, the top modification Mi Note 2 — RAM is available as much as 6 GB of RAM type LPDDR4. But iPhone 7 Plus boasts a great amount of flash memory in max version and memory available as much as 256 GB. This is two times more than the built-in storage device Mi Note 2 128 GB. Slot for microSD memory card into both phones no, respectively, to increase the internal memory impossible. 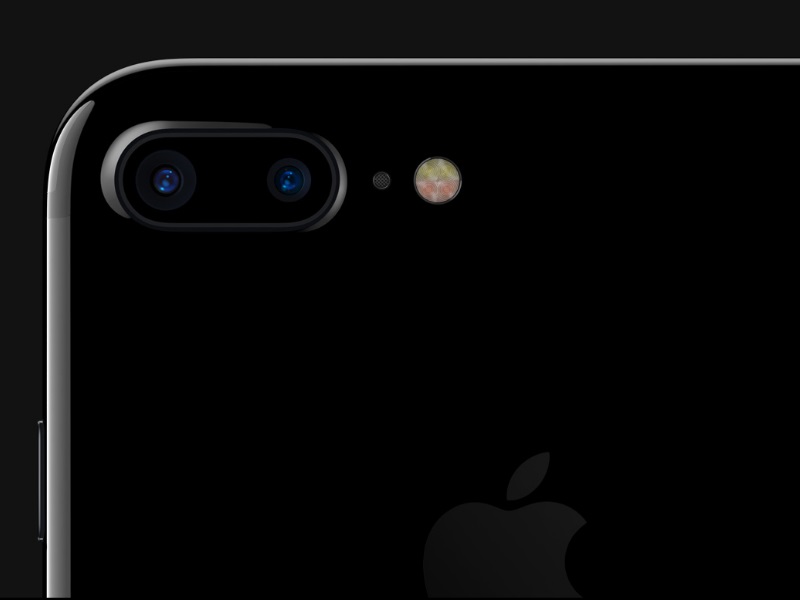 Now comes the fun part: camera. It is worth noting that Mi Note 2 has only one main camera, two against the iPhone 7 Plus. But as the sensor from the flagship Xiaomi is the model IMX318 Sony EXMOR RS with a resolution of 22.56 megapixels. The camera of Mi Note 2 lacks optical image stabilization (OIS), instead it has electronic stabilization EIS (Electronic Image Stabilization). The stabilizer works even in shooting mode, 4K video.

The second hero of our comparison has a dual camera module with sensor of 12 megapixels each. Camera iPhone 7 Plus equipped with optical image stabilization. Another advantage of the Apple camera can be called a powerful flash with four LEDs warm and cold tones. For comparison, the Mi Note 2 with dual-LED flash. 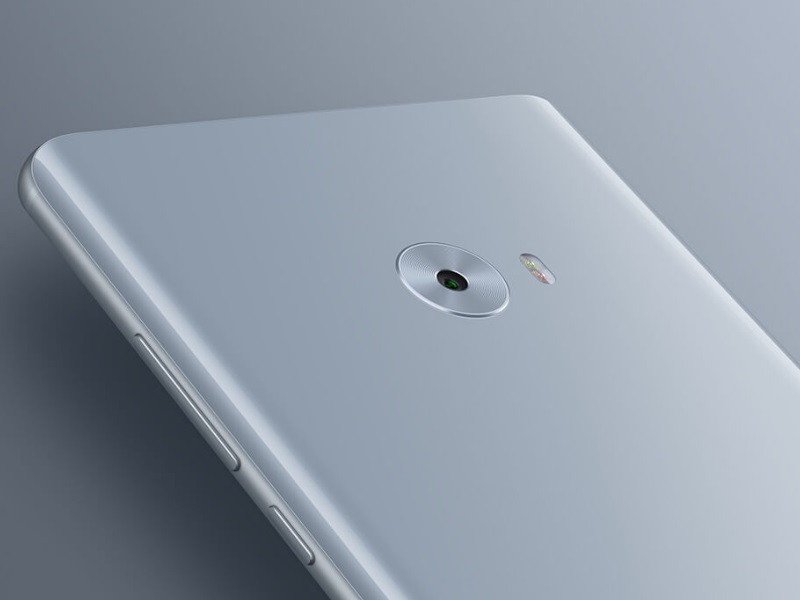 The flagship from Xiaomi is equipped with a more advanced front camera of 8 megapixels IMX268 EXMOR RS from Sony with built-in autofocus. Front camera in the smartphone from Apple has a sensor at 7 megapixels with an aperture of f/2.2. The missing focus here replaces the face recognition mode. 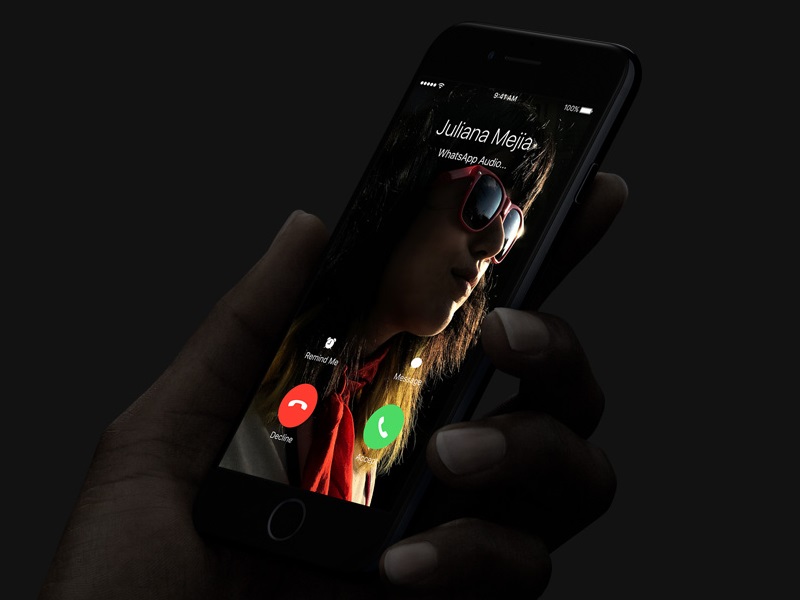 Both devices are equipped with the latest OS in their classrooms. iPhone 7 Plus out of the box running the operating system iOS 10.0.1 with the option to upgrade to version 10.1. Xiaomi Mi Note 2 comes preloaded with Android 6.0.1 Marshmallow and sheath 8 MIUI on top of it. 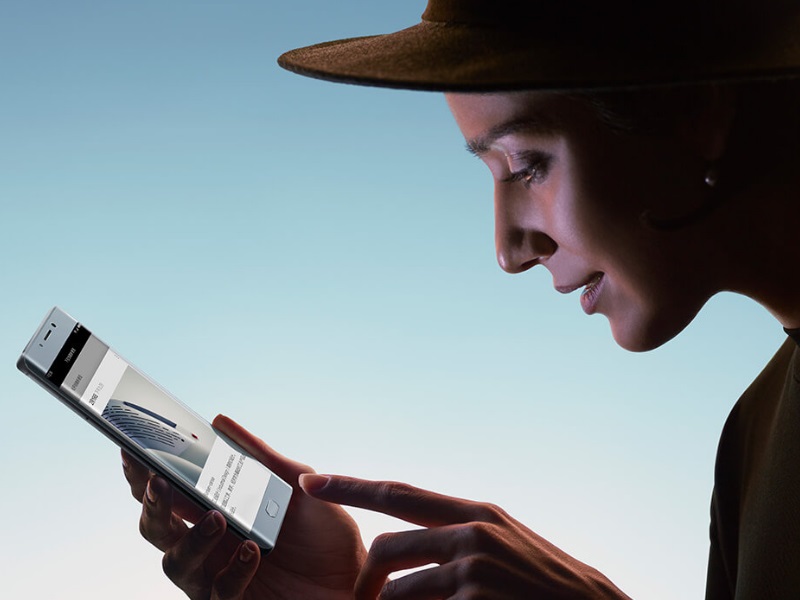 Of course, choose iOS or Android is a matter. Software shell MIUI is one of the most convenient and advanced modifications to the Android system and as close as possible to iOS, both in design and functionality. IOS and MIUI will be updated and maintained by the smartphone manufacturer. 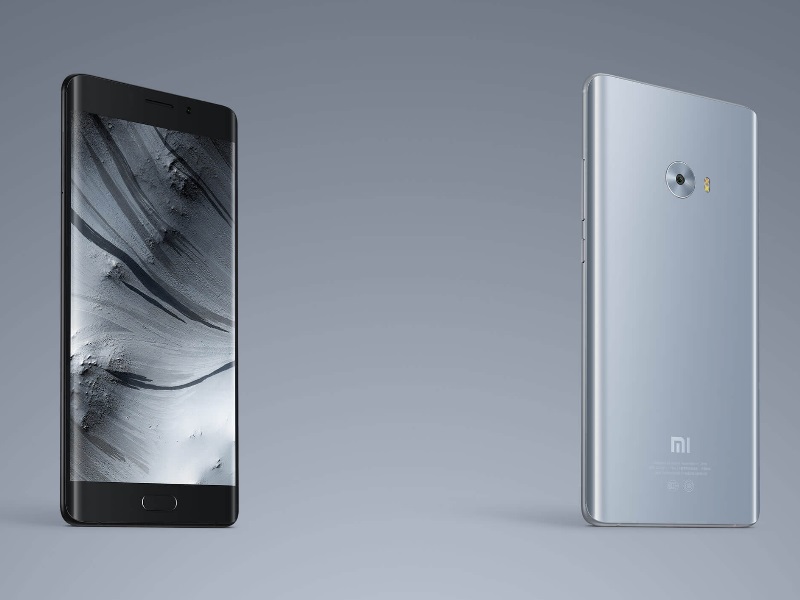 Perhaps, the greatest differences lies in the special features of smartphones and their chips. The first is the availability of 3D technology Touch screen and the button “Home” iPhone 7 Plus and its absence in the Android smartphone Mi Note 2, Xiaomi engineers stopped short.

The second is the sound and sound. The flagship from Apple has a dedicated audio processor (but there are stereo speakers), and Xiaomi has a separate Hi-Fi chip AQSTIC HD Audio for best possible sound in the headphones.

The third GSM network and SIM card. The flagship iPhone 7 Plus traditionally operates with a Nano SIM card, at that time, like the Mi Note 2 is dual SIM slot two Nano SIM. It is also worth noting that the top model Xiaomi has global support for 4G LTE networks.

Both handsets are equipped with NFC chip, primarily for work with payment systems Apple Pay, and Pay Mi. If the first has already been officially launched in Russia, Mi Pay still “exclusive” for the Chinese market. 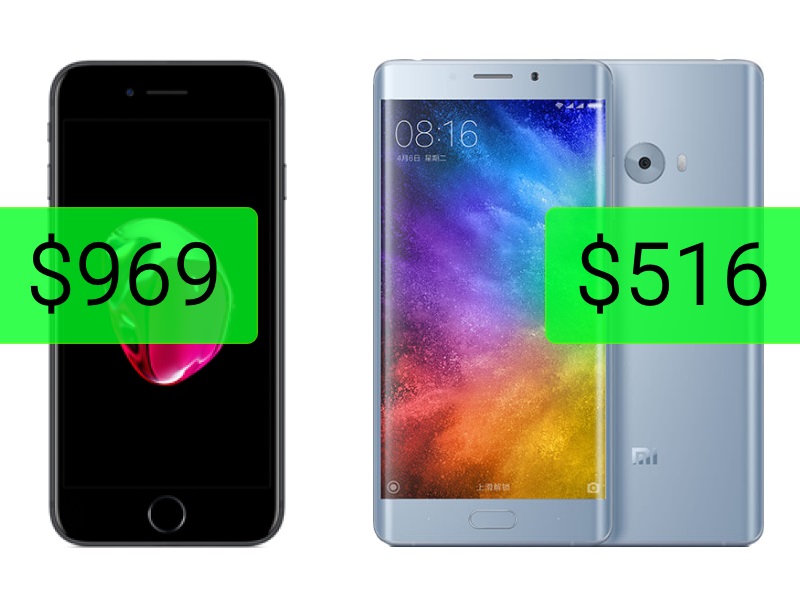 For cleanliness of experiment we have taken the cost of smartphones in their countries of origin. Top version the iPhone 7 Plus 256 GB in the USA will cost $ 969. Xiaomi Mi Note 2 in China in the maximum configuration on 6/128 GB is 3499 yuan, or $ 516, almost two times cheaper.

And what smartphone you think is better and why? Share in the comments!

Apple has launched a temporary program to replace the 15-inch MacBook Pro 2012-2013 with a faulty battery on the newer models. In the period up to 15 September this year, users who went to the service centre replace battery on MacBook Pro, will be able to replace to a newer version of the device. The […]

Apple agrees to replace the earpiece AirPods in case of loss

Apple has provided the possibility of replacing the new AirPods wireless headphones in case of loss, but only one at a time. This decision was made by the leadership of the “Apple” giant. Along with the iPhone 7, Apple announced a unique wireless headset with a capacious battery and sensors that determine when the user […]

Microsoft continued the E3 conference, announcing the addition to PUBG and the new part of exclusive racing simulator. Player Unknown”s Battlegrounds The developers PUBG announced a big addition to his game. It will be a war mode, which will have to compete for two large groups of players, and a new winter map. Forza Horizon […]