July 29, Windows 10 will be available for download, however, to purchase the operating system will be in retail stores. This usually means buying the DVD, but this time Microsoft decided to sell the OS on a USB drive. At least so says the German portal WinFuture. 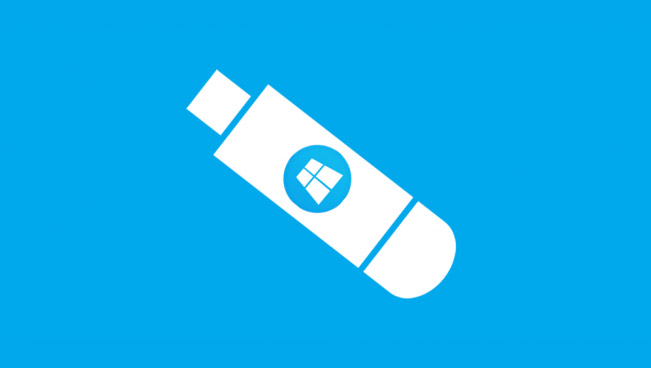 Apple has moved on to spread their operating systems on a USB stick after the release of MacBook Air and Microsoft can do it in just a month, with the release of Windows 10. If the information is confirmed, the software giant will be recorded on each media as 32 and 64-bit version of Windows 10, giving the user a choice. On USB flash drives will be distributed Home edition and Professional.

USB drives will appreciate the users who work on computers or laptops without an optical drive. This media faster, not afraid of physical impact. However, Windows 10 will be $25 more expensive options on the DVD: it will cost in the European market, $145.

Market experts believe that Windows 10 on USB must have at least the same price as on DVD, and in the near future become the main way of acquiring a new operating system. Indeed, more and more modern devices are available without optical drive, and Apple have long abandoned that medium.

Published on Monday next the third beta of the new operating system iOS 10.3. Now an update available for official developers who paid $99 for participation in the Apple program. Despite the fact that the size of iOS 10.3 beta 3 is from 320 to 500 MB, important novelties of the new edition is not […]

The most popular ATMs in Russia contain the vulnerability

According to “Kommersant”, the experts found a critical vulnerability in ATMs of leading Russian banks. The flaw allows attackers to steal from them cash. Found by Positive Technologies experts, the vulnerability is present in us vehicles manufactured NCR. Thanks to her, anyone can install the ATM software and force it to give all the cash. […]

Xiaomi is often criticized for copying design ideas from Apple and other manufacturers. At this time the products itself, Xiaomi became the subject of borrowing. The Chinese company Doogee has released a frameless smartphone called Doogee Mix, which is made in the style of Xiaomi Mix. In the network appeared the first photos of the […]