In the beginning, it became known that Microsoft is experiencing difficulties with the mobile version of Windows 10 for phones with 512MB of RAM. As it became known, on such devices platform capabilities had significantly curtail. A similar situation is observed for iOS – iPhone 4s, iPad mini, and iPod touch are deprived of some of iOS 8. 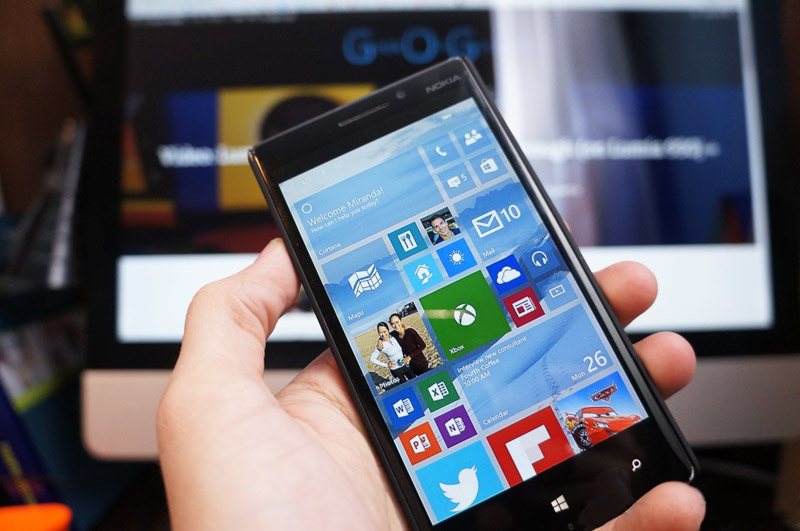 Microsoft tried to achieve full operation of Windows 10 at the most budget devices, but to no avail. The list of restrictions for older versions was great enough – due to the small amount of memory will affect the applications running in the background and multitasking.

Photos in HDR mode will be of lower quality, as the smartphone can only do three 5-megapixel frame, and not five a resolution of 8 megapixels. The navigation application can work in the background, exactly to the moment until the phone will be free RAM. Once its reserves are exhausted, the system will unload the application, and next time it will have to run it again.

Multitasking support on smartphones with 512 MB of RAM will be limited by the possibility of transfer in the background state of no more than two applications. Also in the browser you can open only two tabs simultaneously and when returning to a background tab, the information will be loaded again. Besides, most “heavy” sites and is able to cause browser to close.

App VoIP in the background when you run out of memory in some cases not be able to accept an incoming call or message.

Overall, as noted, on smartphones with 512 MB of RAM theoretically you can run up to 97% of all third-party apps, but many of them can operate slowly and unstable.

iPhone 8 will glass: users are tired of metal smartphones

In 2017 Apple will return to the design of the iPhone 4 and 4s and will again use the glass enclosure of their smartphones. Recently stated by the CEO of the company Catcher Technology, which produces devices for Apple details. The reasons for this decision told reporters PhoneArena. In the publication are confident that now […]

One of the main novelties of the WWDC 2015 has become the operating system iOS 9, which provides a multi-window mode on the iPad. But this feature will be available only on the newest models that has raised questions among analysts and users of Apple tablets.. Now iPad owners can enjoy real multitasking. When you’re […]

All gadgets that Apple will launch before the end of 2017

In this selection we have collected all the new things we are promised by Apple before the end of this year. Apple has already been a productive year, but the next months look even more promising for the upcoming releases of new gadgets. Since January of this year, the company has pleased its users with […]