Income from mining is a dead – end economic development, so the presence of huge natural resources does not guarantee sustainable development and prosperity. This was stated by the Professor of the Higher school of Economics Andrei Zaostrovtsev who was inspired by the financial report of Apple. 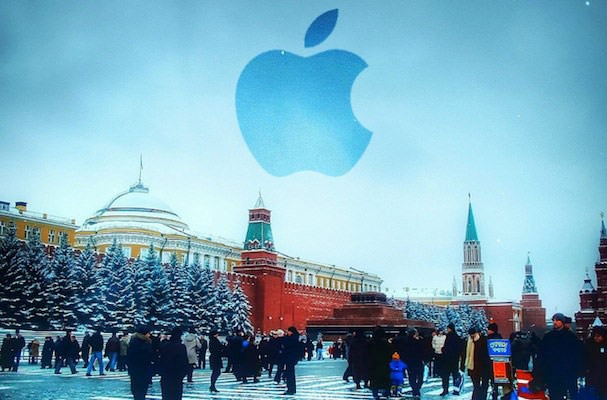 Professor drew an analogy between the budget of Russia and is a California Corporation engaged in the manufacture of electronics. Apple CEO Tim cook noted that last year was the most successful in the history of the company – annual revenues of $234 billion, the Ministry of Finance of the Russian Federation, in turn, prepared the budget for 2016, where state revenues are pledged at level of $209 billion (13,6 trillion roubles), expenses – $243 billion (15,8 trillion rubles).

According to Zaostrovtsev gave the talk, these figures once again confirm that Russia is not at the forefront of the world economy: Moscow is far from becoming a global financial centre, has said Prime Minister Dmitry Medvedev. The Russian economy remains a colossus with feet of clay.

“The fate of countries and energy companies is very sad, of course, if the middle East is not going to happen large-scale war. If between Saudi Arabia and Iran will start a war, then oil prices will shoot up, but only for a while. After 15 years of raw energy resources will cease to be relevant. Energy sources will become much more. In the Mediterranean is offshore Cyprus, Lebanon and Israel also have enormous oil reserves. Wouldn’t be surprised if in 10 years Israel will become Qatar. Russia has a surplus of raw materials. Again, the oil and gas dead-end development of economy”, – quotes Rueconomics Zaostrovtsev gave the talk.

Note that the record growth is caused by Apple’s successful iPhone sales, the geographical expansion of the availability of the Apple Watch, as well as the best in the history of Mac sales and revenue from services. “This success became possible thanks to our commitment to creating the best and most advanced products in the world, which is evidence of the grandiose skills of our team,” said Tim cook.

MP: the Russian authorities can close the Apple according to the law on ‘undesirable organizations”

A new law on ‘undesirable’ foreign non-governmental organizations can affect the American Corporation Apple. Writes about this in Wednesday’s edition of Les Echos. In particular, because of the vague wording, which the government is free to interpret in its sole discretion, to be undesirable may be ranked in any foreign company, including the manufacturer of […]

This iPhone 8, we are ready to wait until next year [video]

In honor of the 10th birthday of the iPhone “Apple” giant is simply obliged to release a smartphone that is radically different from all previous devices. Designers ConceptiPhone has examined the leaks about the iPhone 8 and presented a detailed concept, which gives an idea about how will look the new Apple. The video shows […]

The iPhone camera will not change next year

According to the analyst from KGI, iPhone of 2018 will receive exactly the same rear camera as iPhone X. Earlier it was rumored that Apple would change the technology of production of dual cameras for their smartphones. Many experts believe that the next iPhone will use a glass lens. KGI expert Ming-Chi Kuo denied this […]