One of the main features of the Samsung flagships of the latest generation — Galaxy S7, Galaxy S7 edge — was the protection against the penetration of water and dust. Until recently, these characteristics had a high level Sony models, partly from moisture protected the top devices from Motorola and HTC. However, Apple is second in terms of production of smartphones in the world, still does not make the protected model. 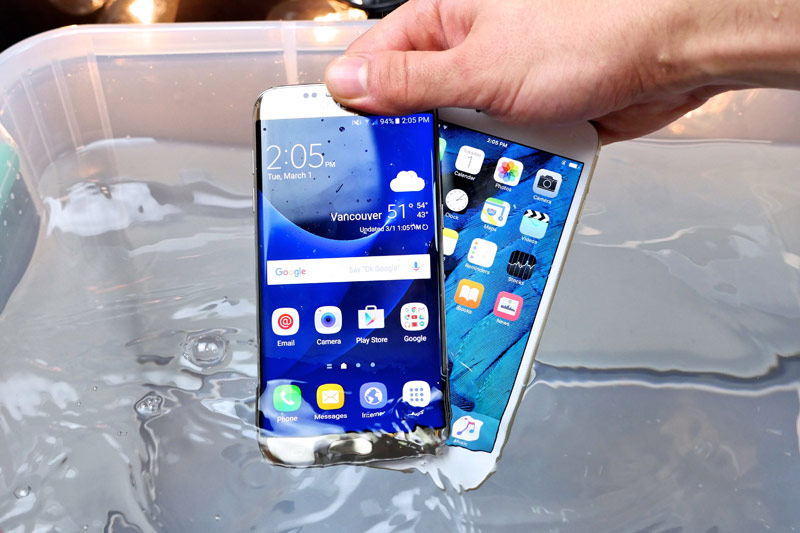 It may be several reasons. The founder of Xiaomi Lei Jun said why his company refused to release smartphones with waterproof housing, despite the fact that this characteristic is quite relevant. According to him, even at the slightest damage to electronic devices protection from water intrusion is much worse. Another reason was the high cost of waterproof smartphones. The company said that if users agree to pay 20-30% more then they are willing to reconsider their views and to produce a model with housing, protected from water penetration.

Apple presentations devices says nothing about water resistance iPhone. However, the user tests show that models of the latest generation without any consequences under water. A recent experiment with the iPhone 6s and iPhone SE confirmed that even after 15 minutes of being in the water, the camera, Home button, feature 3D Touch smartphones continue to work. 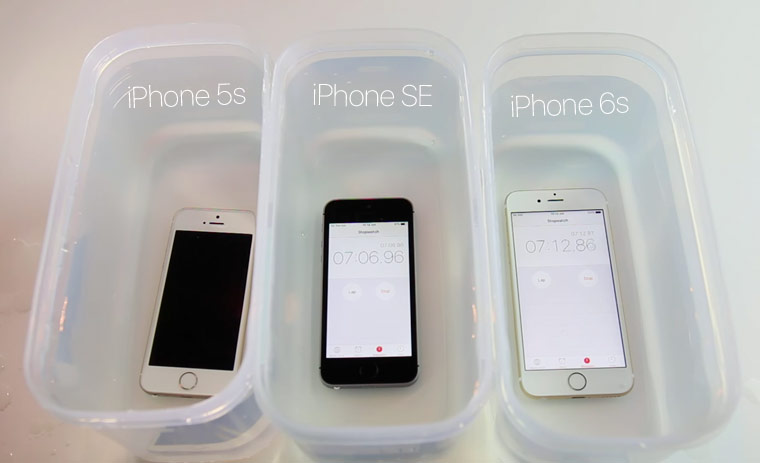 iPhone 6s and iPhone SE are considered to be leaders in terms of water resistance among all Apple gadgets. Lightning interface, speaker, audio Jack for headphones smartphones after immersion in water work as usual. Although 100% waterproof speech does not go yet.

Read also:   How to speed up iPhone and iPad with the help of a hidden function Battery Doctor

These tests can be evidence of use of Apple’s new technology of waterproofing, patented by the company last year. This technology involves the use of a thin hydrophobic coating to protect the processor and other chips from water penetration. According to rumors, the iPhone 7 and iPhone 7 Plus this year will have better protection and will be officially waterproof.

14 possible name for the next version of macOS

In 2013 Apple operating system called macOS in honor of those places in California that inspire the company. So macOS 10.9 has been called “Mavericks” in honor of the surfing spot in Northern California. The next version of the system became Yosemite in honor of Yosemite national Park, El Capitan by the name of one […]